As Dan O’Donnell writes, so long as we continue to tolerate the people who kept the Waukesha Parade Massacre suspect out of jail, we deserve to have to watch the mockery Brooks is making of the justice system.

It took just seven minutes for Waukesha Parade massacre suspect Darrell Brooks, Jr. to become so disruptive during jury selection in his murder trial that he had to be removed from the courtroom, but even that felt like seven minutes too long.  While he does have the right to serve as his own attorney, no one should have to listen to him, as Judge Jennifer Dorow put it, intentionally “make a mockery” of the proceedings.

Brooks’ incoherent grandstanding is especially infuriating because it serves as an in-your-face reminder of the insanity that led us to this moment, that failed to protect us from him.

In 1999, when he was just 17, Brooks was charged with substantial battery with intent to inflict substantial bodily harm—a Class E felony punishable by up to 15 years in prison.  After he pleaded guilty, though, Judge Bonnie Gordon sentenced Brooks to three years of probation and just six months in the House of Correction.

All told, between the ages of 17 and 34, Brooks was convicted of more than a dozen crimes—including several serious felonies such as child sexual assault—but served less than three years behind bars.

While still on probation, he was convicted of second offense possession of THC and sentenced to 50 days in the House of Correction.  Almost as soon as he was released, he was convicted of resisting an officer—a Class A misdemeanor punishable by up to nine months in jail.  Despite the THC conviction just months earlier and the fact that he was still on probation for the substantial battery conviction, Judge Raymond Gieringer sentenced him to just 20 days.

Emboldened by the repeated lack of consequences for his life of crime, the young Brooks was again charged with resisting or obstructing an officer in 2005, this time in Manitowoc County.  After his arrest, Court Commissioner Patricia Koppa freed him on a $300 signature bond and Brooks failed to appear for a hearing.

A bench warrant was issued, but Brooks had already taken off for Nevada, where he was convicted in 2006 of statutory sexual seduction after impregnating a 15-year-old girl.  Remarkably, he served just 14 months in prison and was released in 2008.

The following year, he returned to Wisconsin and was back in Manitowoc County Court on the 2005 resisting charge.  Even though Brooks had fled the state and gotten himself convicted of serious child sex crimes, Court Commissioner Raymond Greig inexplicably set bail at just $100.  Brooks predictably posted and then failed to show up for another hearing.  Another bench warrant was issued.  After Brooks was convicted, Judge Patrick Willis sentenced Brooks to just two days in jail and ordered him to pay a fine which, of course, he never did.

In 2010, Brooks was charged in Wood County with felony strangulation and suffocation (with a previous conviction) and misdemeanor counts of battery and criminal damage to property.  After a no contest plea, Judge Todd Wolf sentenced Brooks—who had faced more than a decade in prison—to just three years’ probation and 90 days in jail.

The following year, Brooks was for the third time charged with resisting or obstructing an officer in Milwaukee County and, in a terrifying bit of foreshadowing, turned his car on and shifted to drive while an officer had him pulled over, prompting that officer to believe Brooks would try to run him over.

Although he was still on probation from the Wood County case and had several prior convictions for resisting arrest and had several times failed to appear on prior criminal charges, Court Commissioner Cedric Cornwall freed Brooks on a $1,000 signature bond.  When he was eventually convicted after a plea deal, Judge Nelson Phillips sentenced Brooks to just 37 days in jail.

The conviction did prompt authorities in Wood County to revoke his probation, but Brooks was sentenced to just 11 months in jail for strangulation (with a prior conviction).

In 2016, Brooks was charged with failing to comply with Nevada’s sex offender registry for the past eight years.  He initially posted bail, but then failed to appear in court and, at some point, skipped town and moved back to Wisconsin.  Although state law requires him to register as a sex offender within ten days of his arrival, he never did.

All told, between the ages of 17 and 34, Brooks was convicted of more than a dozen crimes—including several serious felonies such as child sexual assault—but served less than three years behind bars.

In July 2020, Brooks was charged with two felony counts of second degree recklessly endangering safety through the use of a firearm and one count of felony possession of a firearm by a felon after he allegedly fired at his nephew and his nephew’s friend during a party.  Bail was set at $10,000 but two weeks later, Brooks issued a demand for a speedy trial.

Because of the courtroom closures during the COVID-19 pandemic, the Milwaukee County Circuit Court System was unable to grant this, and Judge David Feiss lowered bail to $7,500.  In February 2021, the speedy trial request was still unable to be granted, and Feiss lowered bail again…to just $500.  Brooks posted three weeks later and walked free.

The following month, Brooks was in court in Waukesha County on a child support case that dated back to 2004.  Brooks had for years refused to pay child support and while the Waukesha County District Attorney’s Office asked for a contempt of court finding and jail time, but Court Commissioner Daniel Rieck stayed a 120-day jail sentence pending Brooks’ payment of support.

Two months later, on May 27th, 2021, Brooks was arrested in Union City, Georgia on yet another domestic violence charge after a man at a motel reported hearing Brooks repeatedly striking a woman.  The following day, he was released on yet another signature bond and again fled the state and returned to Wisconsin.

That November, just 16 days before the massacre, Brooks was charged with running over his girlfriend’s leg during an argument at a gas station.  He faced felony counts of second degree recklessly endangering safety and bail jumping as well as misdemeanor charges of resisting or obstructing an officer and domestic abuse battery and disorderly conduct.  His 2020 shooting case was still open, but Assistant District Attorney Carole Manchester recommended just a $1,000 cash bail.  Court Commissioner Cedric Cornwall agreed, and Brooks posted and was released on November 16th, just five days before the killing spree.

That same day, he appeared before Waukesha County Court Commissioner David Herring for child support nonpayment.  Prosecutors demanded that Brooks be immediately jailed, but Herring issued a stay and released Brooks on his own recognizance, meaning he didn’t have to pay a penny to secure his release.

The crime was unspeakable, and made unforgiveable by the fact that Darrell Brooks, Jr. should have been in custody.

Five days later, following the last in a long line of domestic violence incidents, Brooks allegedly slammed his SUV into the Waukesha Christmas Parade, killing six people and injuring more than 60 others.

The crime was unspeakable, and made unforgiveable by the fact that Darrell Brooks, Jr. should have been in custody.  For more than two decades, he committed serious crimes with little if any serious consequences ever imposed on him.

Instead, the consequences of this leniency were imposed on all of us.  And now we’re forced to watch them play out in court; his psychotic ramblings a daily reminder of how foolish we have been to trust our safety to people who see it as their mission to keep thousands of Darrell Brooks Jrs on our streets each month.

We allowed this to happen and now, at the very least, we should endure his painful spectacle because as long as we allow the people who continually set Darrell Brooks, Jr. free to serve in the justice system in any capacity whatsoever, we should feel the consequences of our actions.

Because Darrell Brooks, Jr. never did. 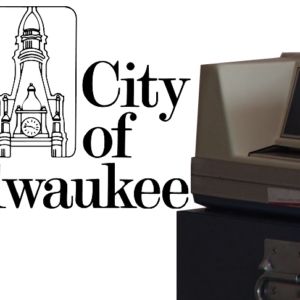 Milwaukee Votes 2022 May Well Be A Criminal Enterprise