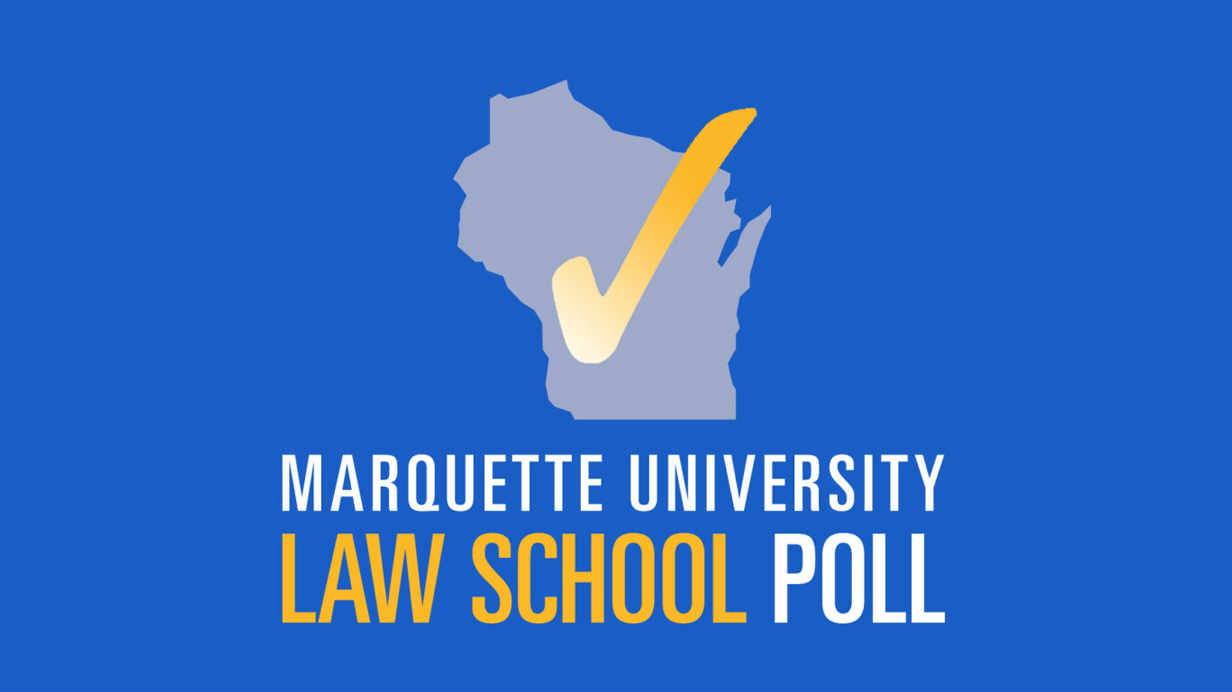 Independents shifting away from Evers in gubernatorial race

The Marquette University Law School Poll out today shows again that Wisconsin voters are overwhelmingly concerned about Inflation, with 94% of respondents worried.  This is down only 1% from the June poll, indicating voters have little faith in relief coming from the Biden Administration’s efforts, including the woefully ill-named Inflation Reduction Act which raised taxes on middle-class workers and manufacturing.

The September poll showed crime running a close second to Inflation in terms of voter concern, with 88% of those surveyed concerned, 61% very concerned about the issue.  The June poll had not asked about crime, and the high levels of concern demonstrate the public is concerned about the generationally high crime rates across the state which we have linked to Scold and Release policies from the left. 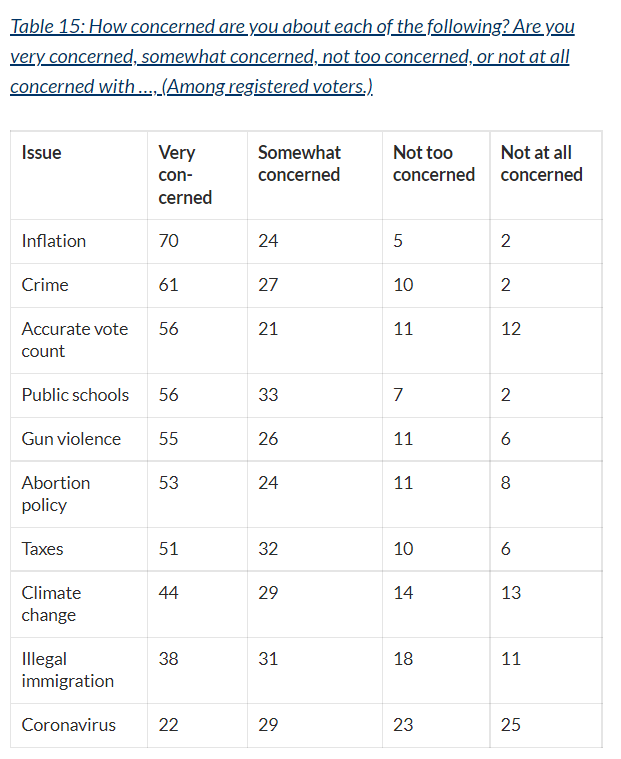 Issues That Will Dominate Through November

The top three issues voters overall are very concerned about are inflation, crime, and a tie between accurate vote count and public schools.  This nearly exactly mirrors the top three issues Independent voters are very concerned about: inflation, crime, and public schools (accurate vote count runs a few points behind schools among Independents.)

With the primary behind us, candidates will be working to earn support from Independents, so the table is set for a steady diet of ads on inflation, crime and schools.

The survey doesn’t get into detail about the specifics of concerns about public schools – we don’t know whether the worry is about hyper-sexualized curricula, parental input, critical race theory, basic proficiency or funding – but fully 7% of Independents are more concerned about education than either their Republican and Democrat counterparts.  While 60% of Independents are very concerned about public education, in a rare point of agreement, 53% of Democrats and Republicans say they are very concerned. 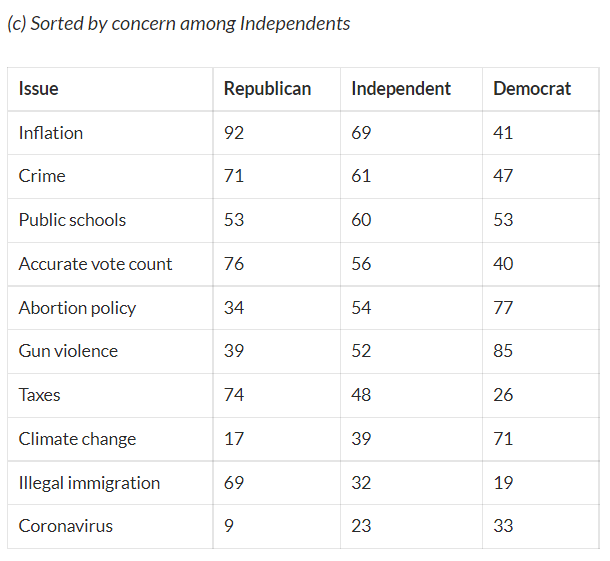 Democrats overwhelmingly place higher importance on increased spending on schools (85%) and that is driving the overall 51%-41% number, but Independents align more closely with Republicans on this metric. 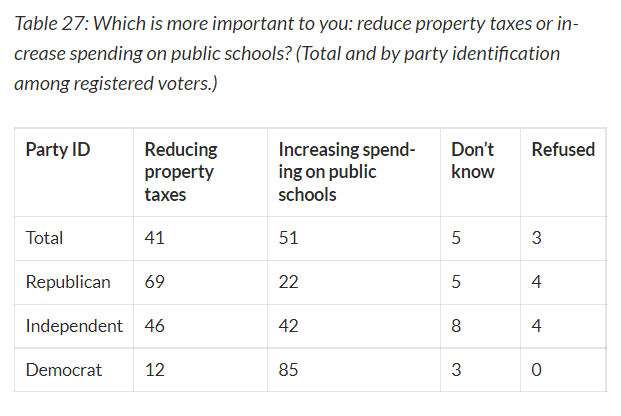 Fully 88% of voters are concerned about crime, and that number is higher among specific groups:  Voters in the City of Milwaukee – 93%; the rest of the Milwaukee media market – 95%; Republicans – 94%.  The higher levels of concern in these disparate groups signals that campaigns will increasingly focus on the issue during the rest of the cycle. 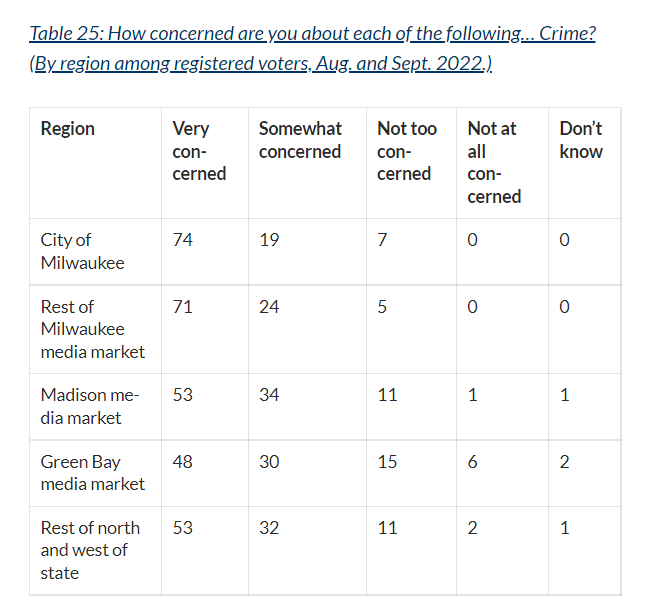 Only 52% of voters in the City of Milwaukee feel safe going about their daily activities, and that is clearly driving the high concern about crime there as well as a clear message to policymakers about the need for serious reforms. 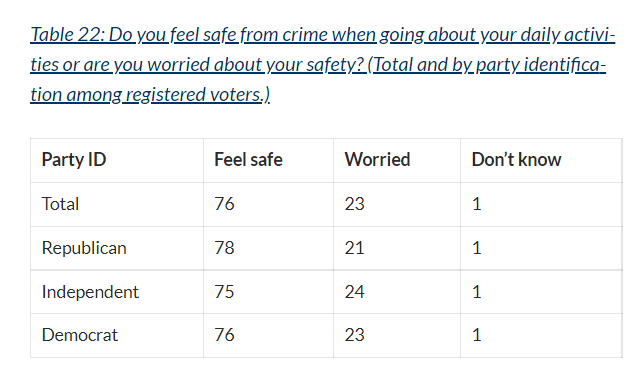 Top of the Ticket Races

Both the gubernatorial and US Senate races are tight according to the poll.  The U.S Senate race has tightened slightly, but there’s been little movement in the governor’s race.

Independent voters have moved their support to the Independent candidate Beglinger from Evers.  Since August, Evers lost 4% of Independents, Beglinger gained 4%, while Michels picked up 1%.  A third-party candidate can be a spoiler in a tight race, but Beglinger has ended her campaign.  However, if the trend of Independents shifting away from Evers continues, it could be a deciding factor in the election. 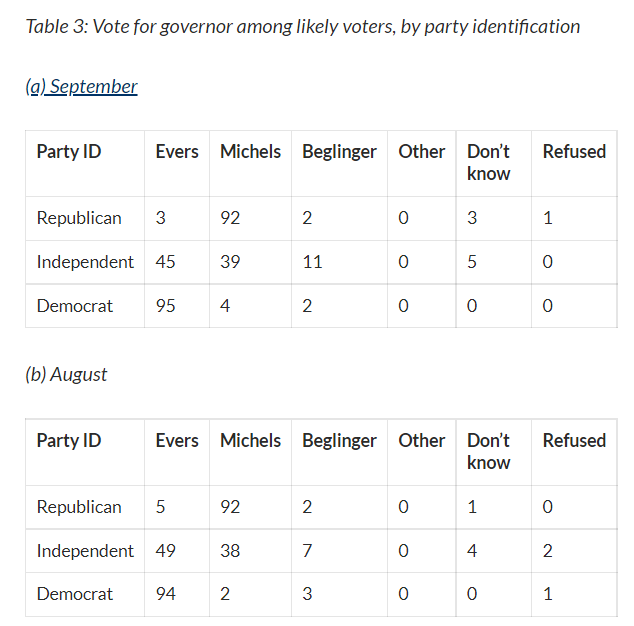 Independents on Other Issues

On other issues Independents track more closely with Republicans on student loan forgiveness (more disapprove), and more closely with Democrats on overturning Roe Vs Wade (more oppose), but are directly between the two parties on the issue of whether abortion should be legal in the case of rape or incest.