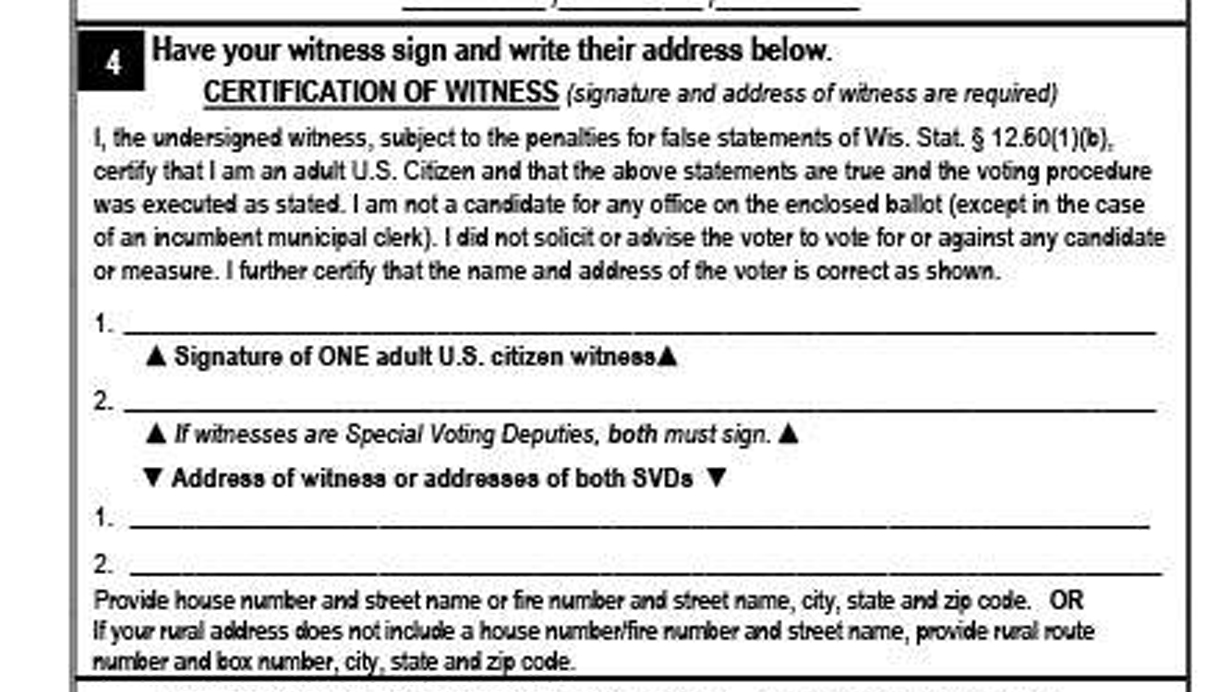 September 7, Judge Michael Aprahamian issued a temporary injunction prohibiting Wisconsin Elections Commission (WEC) from providing any advice or guidance that clerks have either the ability or the duty to alter ballot certifications.  His ruling also prohibited WEC from giving any advice contrary to state statutes which state that a ballot with a deficient certification may only be corrected by the voter.

In an emergency meeting September 13, WEC voted 4-1 (Commissioner Thomsen was absent) to withdraw guidance memos allowing clerks to alter ballot certificates illegally.  Commissioner Ann Jacobs, who has aggressively insisted WEC guidance supersedes state law, and gone so far as to demand reporters change news stories to reflect her spin, argued that since the judge had not directed them to withdraw the guidance, it should be left in place.

Wednesday, WEC issued a communication to election clerks informing them of the court-issued injunction and the commission’s vote withdrawing the guidance memos.

Democrats are expected to appeal the ruling on the grounds that it is too close to the election to change guidance. MacIver has filed an amicus brief in the case.

Remember the days when once a law was made, if the law weren’t followed, there would be consequences?  Things have changed and now, even laws protecting something as sacrosanct as election integrity are routinely ignored and basic enforcement requires seemingly endless lawsuits and appeals. This undermines not only the integrity of election administration in Wisconsin, but of elections themselves.

A case in point is the statutory requirement that a signature and address is required of every witness on the certification of an absentee ballot, and lacking that, the ballot may not be counted. The only remedy provided in statute to a certification lacking these required elements is the return of the ballot to the voter for correction.  Statute does not allow a clerk, or employee of a clerk, or anyone at all aside from the voter themselves, to cure deficiencies.

Notwithstanding the clear direction of statute, WEC issued a memo in 2016 requiring clerks to act in direct violation of the law  to “cure” deficiencies in the legally required information, directing them to alter the ballot certification by adding missing information, based on personal knowledge or outside information, without informing the voter they are doing so.  The commission further directs clerks to initial the alterations they make to the ballot certificate.

WEC is determined to continue down the path of administering Wisconsin election laws as they imagine them, not as they exist.  When this guidance was challenged, they developed a rule that would be subject to legislative approval, that reflected their current practice of allowing clerks to alter ballot envelopes on only their own discretion, instead if reflecting current law.  Their proposed rule was signed off on by Governor Evers, and sent to the legislature.

As we reported in July the legislature’s Joint Committee for Review of Administrative Rules Committee (JCRAR) struck down the WEC-proposed, Evers-approved rule.

That should have been the end of the story since the Commission has no authority to make rules or guidance beyond the authority provided in the statute. But it wasn’t. Commissioner Ann Jacobs immediately took to social media to declare that agency guidance always trumps state statute, and that JCRAR’s rejection of the proposed rule only meant that WECs memo superseded the law and that WEC would continue to tell clerks to ignore the law and follow the agency’s illegal guidance.  Jacobs then began demanding the media change their reporting to reflect her assertion that agency guidance memos supersede state law.

So most of this tweet is wrong. The rule at issue went into effect 7/11/22. Clerks CAN still fill in missing witness address info per WEC guidance issued in 2016. https://t.co/MAAQPKC8TY

Jacobs is an attorney, a graduate of UW Law School, and yet claims state law has no force where memos created by state agencies are concerned, and used her position as a commissioner to urge duly elected election officials across the state to ignore the law.

At a recent WEC meeting, commissioners broke along party lines on a vote to remove the guidance from the WEC website and inform the clerks of the revocation of the illegal guidance memo.

WECs bullheaded insistence that they are above the law fundamentally dis-equalizes the way voters are treated and which votes are counted in the state.

That means that in some places in the state, if your ballot falls short of what the law requires, your vote will be tossed if you can’t correct the error; but in other places, deficient ballots will be illegally counted.  Even within a municipality, votes may be treated differently.  If your clerk doesn’t know you (perhaps you don’t attend the same political party functions) he or she may not “cure” your ballot but will quickly alter the ballot certification of another voter that is known to them from something again, like shared interests or memberships.

The items required on the ballot certification are minimal – we would argue too minimal – just a signature and address.  It’s not difficult to do, and it’s not difficult for a voter to check to be sure the witness completed properly.  And instead of having the clerks, who continually complain about overwork, look up information and illegally alter a legal certification, the solution is clear in statute: contact the voter.  If the voter does not correct the deficiencies, then the vote cannot be counted.

The statutes created a standard that applies to all voters.  WEC created guidance that requires clerks to disobey statutes, and in so doing, shifted the weight of a vote so that those cast in areas where their clerk obeys the law carry less weight than those cast in an area where the clerk rejects the rule of law.

Voters filed a lawsuit to stop WEC from requiring clerks to break the law as they administer this fall’s elections. We at MacIver have submitted an amicus brief in the case to lend our support in the fight against WEC’s deliberate effort to force clerks to flout the law, undermining the fundamental equation of one person=one vote.

Election integrity relies on the consistent, strict enforcement of election laws.  When our agency charged with administering elections rejects that fundamental responsibility, they put their thumb on the scale of election outcomes.

Our attorneys summarize our interest in the case as follows:

The purpose and authority of the Wisconsin Election Commission (“WEC”) is to help ensure compliance with federal and state election laws and ensure election accuracy.  But since 2016, the WEC has instructed local officials to break the law and count absentee ballots even if they were missing essential information required by state law to ensure the ballots were in fact valid. Following a fresh reprimand by the state Supreme Court that WEC must follow the law, and a state legislative committee’s decision that this practice violates the law, the WEC has audaciously declared it simply will not stop. As we argue in MacIver Institute’s brief, this is not an academic debate: local elections officials across multiple jurisdictions and in two elections have been following WEC’s direction to ignore the law and count illegal ballots. WEC is thus blatantly operating beyond the authority the state legislature granted to it, and in the process undermining the integrity of our elections as well as voters’ faith in our democracy.

We hope that our brief lends support to a swift and positive outcome for the plaintiffs, in time for the midterm election that’s only weeks away. 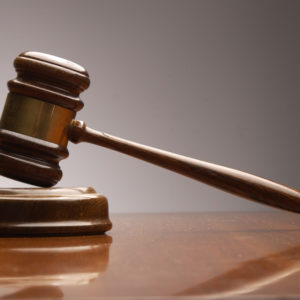 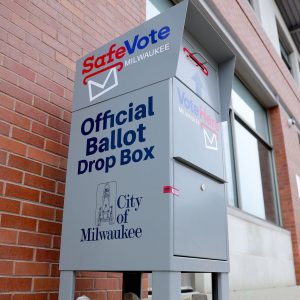