Dan O’Donnell digs into the criminal backgrounds of the suspects charged in connection with last week’s mass shooting on Water Street and finds an unsurprising tie that binds them.

If it wasn’t clear enough already, the mass shooting in downtown Milwaukee’s entertainment district last Friday night should remove any doubt that the biggest contributor to skyrocketing crime rates continues to be the one that should be the easiest to fix: the irresponsible issuing of signature bond or low bail.

Including Marquise Lamar Jackson, who is charged with strangulation and suffocation in a domestic abuse case from December, was set free on a $3,500 signature bond set by court commissioner David Sweet.  Exactly a week before he was allegedly involved in mass shooting, a bench warrant was issued for his arrest when he failed to show up for a scheduled court appearance.

Judge Rebecca Kiefer didn’t consider Jackson’s no-show all that seriously, however, as she stayed the warrant until his next court appearance, which is scheduled for Thursday.  At least he’s guaranteed to show up for that one since he’s charged with eight felonies for his role in the gunfight and bond is set at $1 million.

His co-defendant, Jeremiah Isaac Fraylon, was charged last June with domestic abuse battery through the use of a dangerous weapon.  Despite the severity of the crime—and the potential to again hurt his alleged victim upon his release—court commissioner Katryna Childs Rhodes let him out of jail on just a $1,500 signature bond.

To the surprise of absolutely no one except for perhaps Katryna Childs Rhodes, Fraylon committed a pretrial services violation a week later and then failed to show up for his initial court appearance two weeks after that.

He eventually turned up on Water Street in Milwaukee last Friday, taking part in the gunfight.

Amazingly, another suspect in that incident, Otis Green, also appeared before Childs Rhodes last summer and was also freed on a $1,500 signature bond.  In 2014, when he was 21, he pleaded guilty to a felony charge of taking a vehicle without the owner’s consent.  After serving five months in jail, he stayed out of legal trouble until last August, when he was charged with being a felon in possession of a firearm.

Milwaukee County Court Commissioner Katryna Childs Rhodes freed him on $1,500 signature bond and ordered him not to possess any “dangerous weapons or firearms.”  He did not appear to listen very closely, as he is again charged with being a felon in possession and bail jumping for his role in last week’s shootout.

At this point, one should wonder whether Katryna Childs Rhodes imposes anything except $1,500 signature bonds.  One should also wonder why just six months after the Waukesha Christmas Parade massacre brought the issue of dangerously low (or even no) bail in Milwaukee and Waukesha County courtrooms to national attention.

Nothing has changed since Darrell Brooks, Jr. walked out of court in both counties and almost immediately hopped into his SUV and started mowing innocent people down.  Now, after arguably the most notorious crime in Southeastern Wisconsin since then, the exact same bail policies have allowed dangerous criminals back on the streets to again terrorize innocent lives.

Six more suspects arrested in the mass shooting on Water Street have yet to be charged.  The only shocking thing at this point would be if any of them weren’t out on dangerously low bail or signature bond. 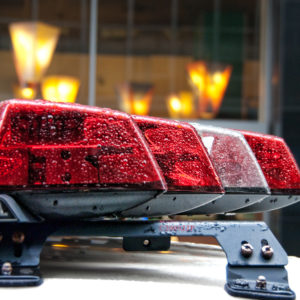 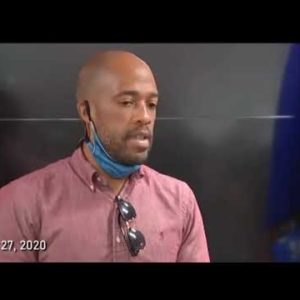