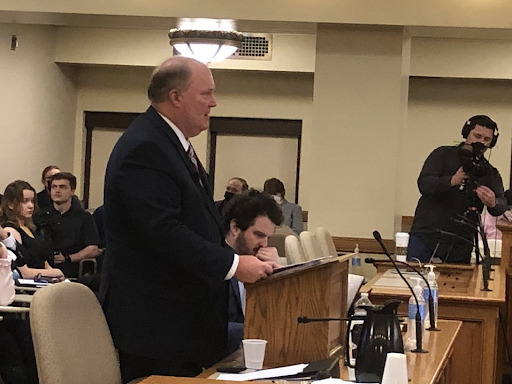 Former Supreme Court Justice and Special Counsel Michael Gableman released a second interim report today in conjunction with his testimony before the Assembly Committee on Campaigns and Elections.

The report details contracts signed by city officials in 5 cities important to the Biden campaign agreeing to target specific voter groups with special assistance and encouragement to vote, in return for millions of dollars.  The municipalities agreed to conduct elections under rules set forth by a dark money group run by long-time partisan strategists who threatened clawbacks of the funding if officials did not comply. Among the many requirements cities agreed to was a requirement to implement ballot drop boxes which are not legal under Wisconsin law. Wisconsin law has been clear for years that ballot drop boxes are illegal and the Wisconsin Supreme Court has since prohibited the use of ballot drop boxes in the upcoming April election.

The grant funds were touted as a means to protect the health and safety of voters in a pandemic, but the paltry 0.8% of funds used in Green Bay used for personal protective equipment gives lie to that contention.

In reality, the voter targeting financed by Zuckerberg and operationalized by partisan dark money groups was not focused on making it safe for all Wisconsin voters to vote, but to induce specific non-voters to go to the polls on Election Day.

The grant funds didn’t make voting safer but they did buy unprecedented and illegal access to the administration of elections in those 5 cities, voter data, and a voter contact effort strategically designed to benefit one candidate. 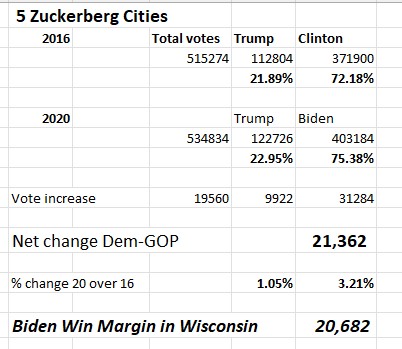 Cities turned over the operation of election operations in return for the money they used to buy pickup trucks, an RV, murals, and stickers. Click here to read a more detailed analysis of what the city of Racine used the Zuckerbuck money for that is found in a complaint filed with WEC by two residents of Racine.

What clerks’ duties are supposed to be:

What clerks had to do to get the Zuckerberg Bucks:

Gableman asserts that Zuckerbucks were offered with partisan intent and accepting them was a partisan act that violated state election bribery laws.

One of the most troubling revelations in the Gableman report was that these partisan groups had – via the cities they were paying to operationalize their voter turnout strategy – direct access to Wisconsin’s voter poll books and WisVote – the database containing election data, voter registration, ballot access, ballot tracking, and polling places.

This direct access by outside partisan technology experts raises substantial security concerns. Gableman says CTCL and her affiliated dark money groups were getting the Wisconsin poll list every day – free – during the run-up to the 2020 elections. The list costs everyone else over $12,000 each time it is requested.

According to OSC Gableman interim report: “Nothing could be more repugnant to democracy than private corporations paying to increase voting access for targeted demographic groups, so that they can manipulate election outcomes – something that will occur repeatedly under the auspices of the WSVP provisions. Private corporations were paying money to affect the election outcome. So strict scrutiny must apply when private funding of election administration targeting voter groups is involved-because the credibility of our federal elections is at stake.”

Justice Gableman also pointed out all the connections between WEC administrator Meagan Wolfe and Zuckerbucks. Here is MacIver’s original report on this where Administrator Wolfe admits she introduced the partisan outsider to the Zuckerberg 5, the five cities in Wisconsin.

The report details serious fraudulent activity occurring in nursing homes.  The illegal activity in these facilities ran the gamut from forgery of signatures and illegal distribution and marking of ballots to people casting ballots for mentally incapacitated patients.

WEC allowed fraud to proliferate in state nursing homes by ignoring statutes meant to protect the elderly from having their votes stolen or exploited. According to the interim report, WEC actually facilitated the fraud resulting in some facilities seeing 100% voting turnout.

It’s not just the elderly people who were harmed – casting fraudulent votes for incompetent nursing home residents effectively steals two votes: First, that of the individual who could not have cast their own vote, and second, the lawful voter whose vote was negated by that fraudulent vote.

From the Gableman Report:

Justice Gableman played videos of interviews with nursing home residents who voted in the 2020 election and tests of their cognitive abilities. In the videos, guardians are present and have signed releases. In the videos, it is clear these individuals were not capable of making a rational and coherent decision about who they should vote for. MacIver columnist Dan O’Donnell raised this concern after families reached out to him about their loved ones back in 2020. See the original story here. The video of Dan’s testimony in December of 2020 has gone viral on social media. 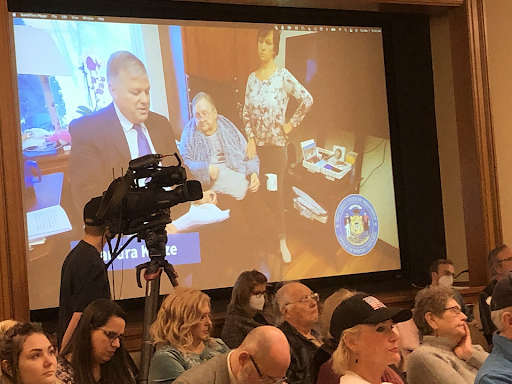 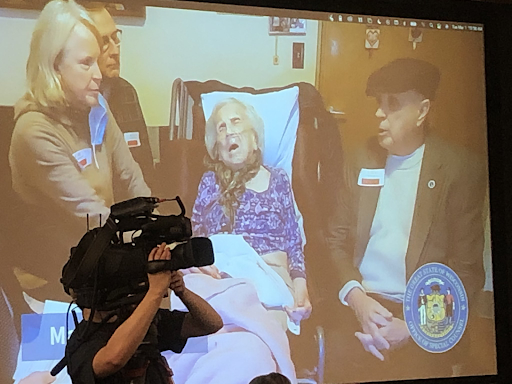 Specific examples of nursing home vote fraud from the report:

Justice Gableman played 8 videos like this and said there are 92,000 nursing home residents in the state.

The OSC report covers the impropriety of “legal defense funds” being offered to Wisconsin election officials by the Center for Election Innovation and Research.  The group is funded by Zuckerberg and was founded by Democrat attorney David Becker, the subject of a US DOJ ethics investigation revealing partisan conduct as a Justice employee.

CEIR is under scrutiny for providing millions of dollars in media consulting fees to Democrat firms in Michigan in 2020 for “voter education.”

The OSC report details how public officials in Wisconsin are prohibited from accepting items of value – which would certainly include legal representation – as a reward for actions in their official capacity.

Justice Gableman did recommend in his interim report to eliminate the Wisconsin Election Commission (WEC) because it is “hopelessly incompetent” in addition to its various election crimes. He also said that the Wisconsin legislature should seriously consider decertifying the 2020 election and included a section in the report’s appendix that lays out a legal rationale for the Legislature to do just that. Previously, non-partisan attorneys who work for the Legislature have stated that there is no legal basis to decertify a Presidential election.

Finally, Justice Gableman said that the investigation has not found the truth yet “but we’re getting there.”