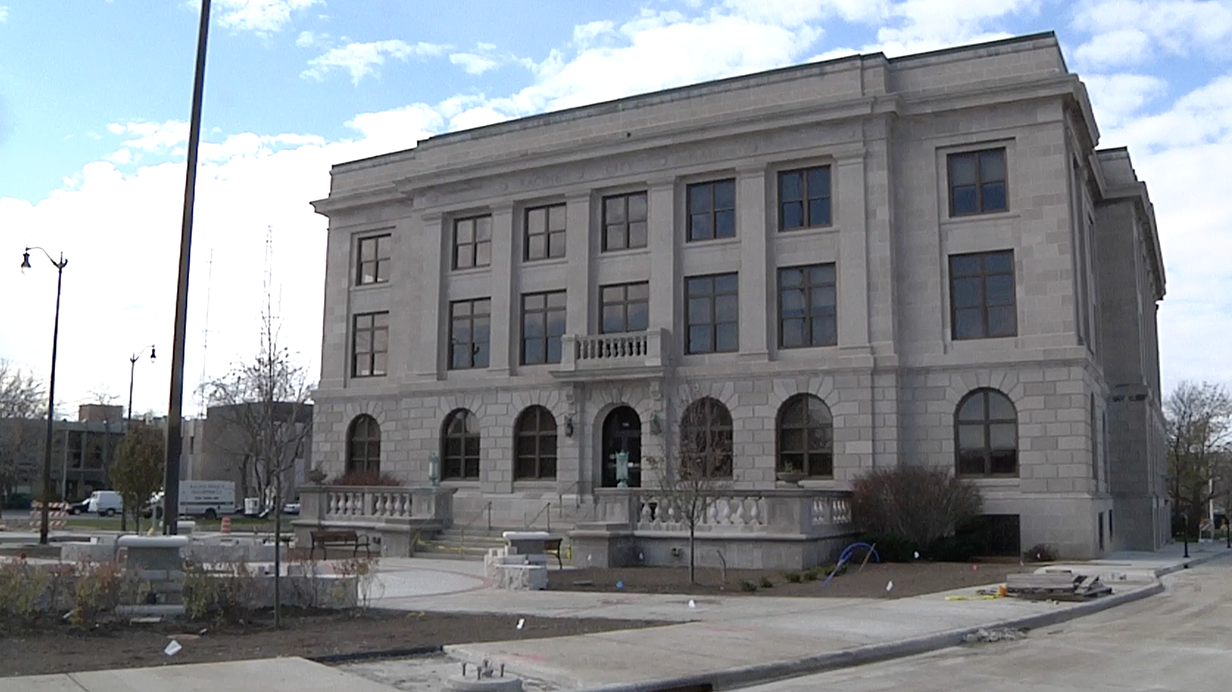 Outside consultant Ryan Chew to Milwaukee Elections Clerk – “Damn Claire, you have a flair for drama, delivering just the margin needed at 3:00 a.m.”

Two Racine residents, Sandy Weidner and Kim Morrison, filed a complaint with the Wisconsin Election Commission on Tuesday, Feb. 22, 2022 against the Mayor of Racine alleging he illegally took over $900,000 from an outside private group, the Center for Tech and Civic Life (CTCL), to “facilitate in-person and absentee voting.”

The complaint alleges that taking the private money and using it for get out the vote (GOTV) efforts which campaigns normally pay for, using it to pay for clearly illegal drop boxes and using it to target only certain individuals within the city rather than every city resident to vote violates “the election bribery prohibition of Wisconsin Statutes ss 12.11.

CTCL approached just five cities originally in Wisconsin to offer substantial private money to supposedly assist with elections and election administration during a pandemic. The five cities – Milwaukee, Madison, Green Bay, Kenosha and Racine – are thoroughly controlled by Democrats and have historically overwhelmingly supported the Democratic candidate in Presidential elections. While CTCL did eventually hand out money to municipalities in other parts of the state, including some areas considered conservative leaning, the vast majority of the money, $8.8 million out of the $10 million total, CTCL handed out in Wisconsin went to the five cities. CTCL referred to them as the “Wisconsin 5,” in documents provided with the complaint.

“The Respondents and their City entered into an agreement with Center for Tech and Civic Life which constituted prohibited election bribery under Wisconsin Statutes,” according to the complaint.

The criminal complaint also describes how CTCL gained a foothold in Wisconsin. It first approached the City of Racine, and paid Racine an extra $50,000 to get Madison, Milwaukee, Green Bay and Kenosha on board. 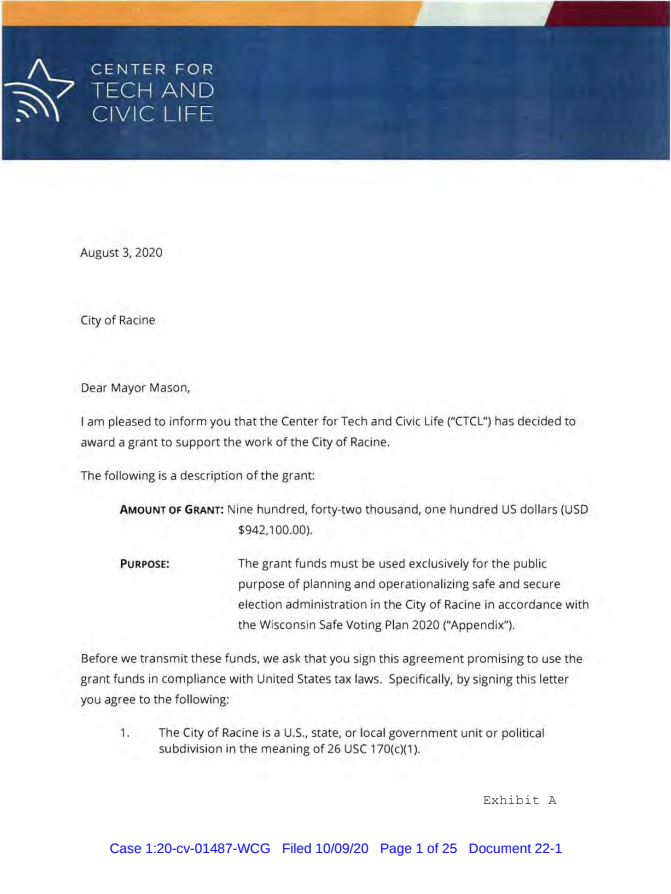 The mayors and their staffs of those cities met virtually three times during the summer of 2020. The complaint says those meetings were closed to the public and city council members, which potentially violates state open meetings law.

The cities all eventually signed contracts with CTCL agreeing to specific conditions in exchange for the grant money. Some of the things those cities agreed to do are illegal, like placing “absentee ballot drop boxes in targeted neighborhoods,” according to the complaint.

The complaint also points out, as MacIver has documented earlier, that some elected clerks, like Teske in Green Bay, were excluded from this election operations planning with CTCL, which is against state law. State law makes it very clear that elected clerks are responsible for and administer elections in this state.

CTCL also provided outside “experts” and resources to help the cities with ballot design, ballot drop boxes, ballot curing, central count operations, voting machine advice, poll worker recruiting, cyber security, and post-election audits according to the complaint. Although the grants were provided to “support the safe administration of public elections during the Covid-19 pandemic,” the provided experts did not include any health or medical professionals.

Not only were drop boxes placed in targeted communities, but election communications were also directed to specific demographics. This was by design. The contracts required “Dramatically Expand Voter & Community Education & Outreach, Particularly to Historically Disenfranchised Residents.”

In Green Bay, funds were sent to specific community organizations to target select voters. In Kenosha, funds were used in targeted advertising campaigns. In Madison, it funded Spanish-language advertisements. In Milwaukee, it was spent on communications to minorities and former felons. In Racine, it funded Spanish language billboards and a partnership with community centers. 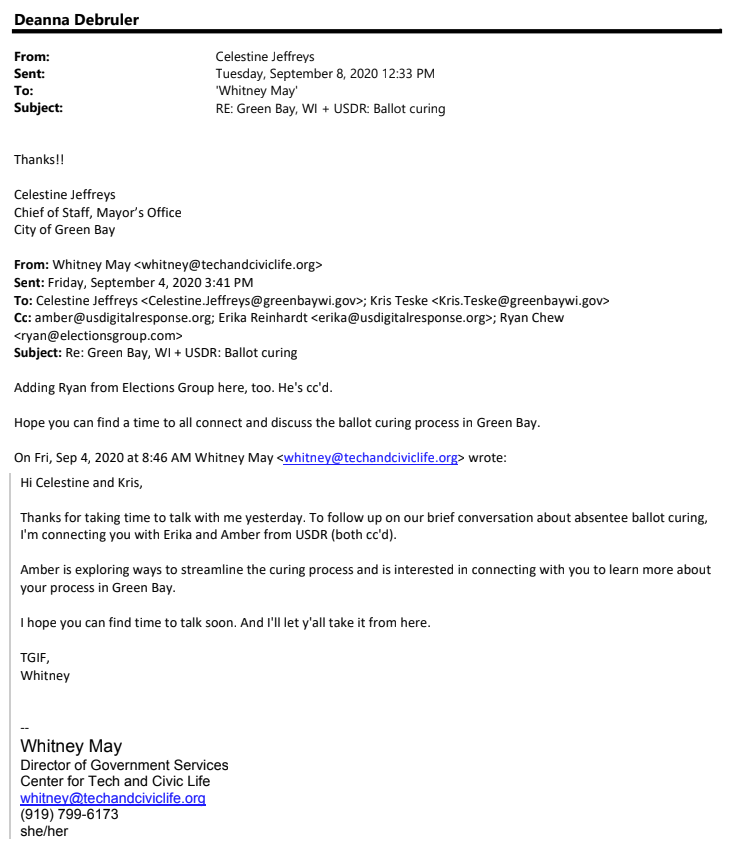 In Milwaukee, they wanted to use the funds to specifically target protesters with GOTV. “We would like to find a marketing consultant who could create an edgy but non-partisan and tasteful campaign to harness current protests that are highlighting inequity,” the city wrote in their application.

In committee this week, Sen. Eric Wimberger (R-Green Bay) pointed out that by targeting specific neighborhoods, communities, and demographics with these get-out-the-vote efforts, dark money is helping governments pick certain voters, in this case, Democrat voters.

Private donors helped government pick its own voters, through privately-funded, government-coordinated #GOTV campaigns in the #2020election.@EricWimberger (R-Green Bay) says the longterm consequences will be catastrophic for democracy. pic.twitter.com/YpdudCDkyV

“Safe voting was a pretext—the real reason for CTCL’s WSVP grants was to facilitate increased in-person and absentee voting in specific targeted regions inside the Wisconsin 5 Cities,” the complaint claims. By targeting specific areas within the city and targeting only certain voters within the city, this activity violated the rights of other city residents and voters in other parts of the state who were not afforded the same opportunity to vote. By accepting money to coordinate with outside groups led by partisan activists to target only carefully selected groups and neighborhoods for voter turnout, city officials engaged in a dark money-funded GOTV effort designed to induce preferred electors to go to the polls in an effort to sway a close election.

State law is also clear, in-person and absentee voting procedures must be uniform throughout the state and, in general, are limited to the two weeks leading up to the election date.

The criminal complaint was not limited to illegal activity in Racine. It described how CTCL influenced election administration throughout the “Wisconsin 5.” This included the controversy in Green Bay, where Mayor Eric Genrich sidelined City Clerk Kris Teske and empowered an outside, privately-funded political operative Michael Spitzer-Rubenstein to take an illegal leadership role in the election.

Although the complaint paints a statewide picture of how CTCL was illegally and inappropriately involved in Wisconsin’s election, it’s Racine Mayor Cory Mason and Clerk Tara Coolidge in the hot seat.

The criminal complaint accuses Mason and Coolidge of accepting election bribes on behalf of the city, authorizing illegal drop boxes, and signed an illegal contract with the Center for Tech and Civic Life.

The plaintiffs want WEC to investigate the matter, interview everyone involved, and order the Racine officials to follow election law going forward.

WEC treats complaints like this as confidential, so it can’t even confirm it was received. Generally speaking, it will review it and could potentially refer it to a local DA for prosecution. The people who filed the complaint can also send it directly to the DA.

Because the complaint is confidential, the commissioners at WEC will address it in closed session and determine how to proceed. They have the authority to assign special investigators.