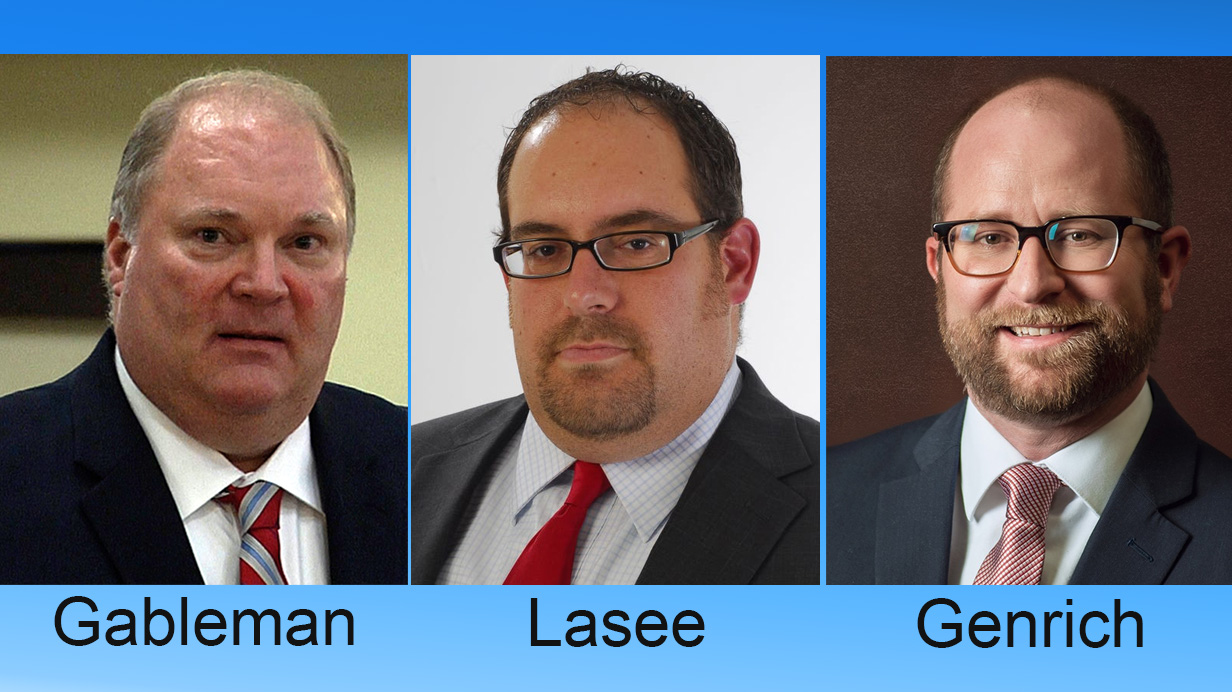 And Gableman’s investigation has a long way to go

The Brown County District Attorney says he will not investigate allegations that Green Bay Mayor Eric Genrich committed election crimes until Michael Gableman’s investigation is over, according to records obtained by the MacIver News Service (MNS) through an open records request.

However, there is no end in sight for Gableman’s investigation, according to his testimony at an informational hearing in Madison on Tuesday, Mar. 1st.

Justice Michael Gableman was expected to give his final #2020election report in February. Instead he released a second interim report on Mar. 1st. He says his investigation will continue indefinitely.#WIright pic.twitter.com/ulC2CfS40B

A year ago, the State Assembly learned there was good reason to believe the City of Green Bay broke at least five election laws throughout 2020.

During a hearing on Mar. 10, 2021, emails and testimony revealed Green Bay Mayor Eric Genrich took control of the election away from the city clerk and put an outside, political operative in a key leadership role. This was done to comply with the terms of a contract with Mark Zuckerberg’s Center for Tech and Civic Life, which provided the city with a $1.2 million to help conduct the election.

“Frankly, once I learned about the investigation that Justice Gableman is heading up, I have decided to take a back seat until that investigation is completed,” the Brown County DA wrote.

Lawyers, election experts, local clerks, and other analysts pointed out various ways in which those actions were illegal. The law says only the local clerk can run an election. The law says ballot curing is illegal. The law says no one can check to see how someone else voted or assist someone in marking their ballot without official authorization. The law says election observers must be allowed within 8 feet of the registration table. Witnesses and documents claim these laws were broken by the City of Green Bay and the political operative, Michael Spitzer-Rubenstein.

Brown County District Attorney David Lasee, a Republican, was flooded with requests to launch a criminal investigation into Mayor Eric Genrich, Michael Spitzer-Rubenstein, and other city officials. By the end of March 2021, he received 35 requests, including 18 from City of Green Bay residents. MNS obtained the requests through an open records request.

One of the complaints came from a local town clerk within Brown County.

“I understand the implicit responsibilities put on clerks to properly manage elections.  Everything must be according to the constitution and law and not done in the shadows.  I fear that the money received from Zuckerberg put the election management in the shadows.  I understand Representative Sortwell’s team has done significant work on the review/investigation of Mayor Genrich and his staff.  I implore you to review this information and take any necessary legal action against the city to correct the improprieties,” the clerk explained.

Lasee did not respond directly to any of the complaints.

Months later, the Assembly authorized Michael Gableman to conduct an investigation into the election. Lasee then told fellow Republicans that he would not look into Genrich until that investigation was over.

“Frankly, once I learned about the investigation that Justice Gableman is heading up, I have decided to take a back seat until that investigation is completed.  If that investigation uncovers potential violations of Wisconsin law, I would be happy to meet with him and the investigators he is utilizing to discuss what, if anything, our office should do with respect to those violations,” Lasee wrote in an email to a staffer in Rep. Shae Sortwell’s office on Aug. 26th.

MNS spoke with Lasee in January 2022 when it filed an open records request for documents that might indicate the existence of a criminal investigation into Mayor Genrich. Lasee said the open records law did not require him to turn over such documentation, but volunteered that no such documents exist anyway.

On Mar. 1st, Michael Gableman presented a new interim report to the Assembly that claims the City of Green Bay violated election bribery laws by accepting the Zuckerberg money. He also said his investigation still had a long way to go. Given the district attorney’s position, that means any criminal investigation into Mayor Genrich and other Green Bay officials could also be delayed indefinitely.

MNS reached out to Michael Gableman to see if he and Lasee have spoken about the investigation, but received no response.

Assembly Speaker Robin Vos told MNS in January that he wanted Gableman’s final report in February, so the Assembly would have an opportunity to review his recommendations and pass legislation before the end of the session. The Assembly held its final floor day on Feb. 24th and Gableman released his interim report on Mar. 1st.

Gableman told the committee there was no coordination between the timing of the report, and the Assembly’s floor calendar. Vos defended Gableman’s tardiness and incompleteness.

“I’d like to thank the Office of Special Counsel for their tireless efforts in finding the truth. They’ve done a good job at showing there were issues in 2020, and the report is intended to ‘help correct these processes for future elections.’ Unfortunately, we’re experiencing obstruction by ligation, and must first get through the nine separate lawsuits that have been filed to allow us to complete the review,” Vos said in a statement.

Gableman is under contract with the Assembly to conduct his investigation, but it’s unclear if that contract has expired or not. Gableman says even if the contract goes away, his investigation will continue without taxpayer support.