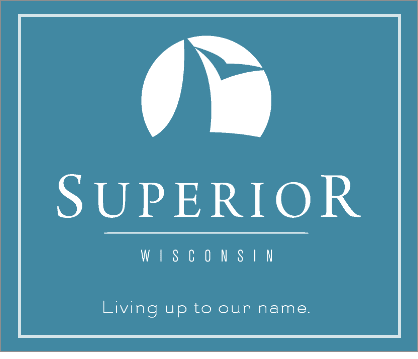 The cost of the behemoth project, $31 million, is equal to the City’s entire budget

Should federal Covid-19 funding pay for unnecessary broadband project or should it be used on actual Covid problems?

Other similar projects have failed miserably in Wisconsin and beyond

This frustrating phenomenon is playing out again in Superior with the relentless push by some local politicians to build an unnecessary broadband government-owned network (GON) paid for by taxpayers.

We first wrote about this back in November of 2019 to warn local taxpayers what a terrible idea this is. Now, nearly three years later, this boondoggle still has life despite the long list of problems it suffers from.

The Mayor of Superior and a special interest group, Entry Point Networks, are pushing the City Council to build a government-owned broadband network paid for by taxpayers, instead of the private sector. In the vast majority of communities across the state and the country, broadband infrastructure and networks are paid for by a private business(es) looking to provide a service to paying customers who want that service and are willing to pay for that service with their own money.

Superior taxpayers need to take note because this government-owned project is likely to fail and when it does, local politicians will force you to pay for their quixotic attempt to prove to themselves just how important they are.

This is important as well because Federal American Rescue Plan Act (ARPA) funding is supposed to go to broadband infrastructure projects that help areas that are unserved or underserved. With 99% of Superior residents having access to broadband and almost all having multiple broadband providers to choose from, it is hard to see how Superior’s $31 million project will be eligible for ARPA funding. In fact, the Public Service Commission late last year rejected five municipal broadband projects because each did not meet the Treasury Department guidelines on targeting underserved areas.

Second, this is a massive project with an astonishing price tag. $31 million to be exact. While $31 million may not seem like a lot of money for the federal government or even state government, $31 million is a huge undertaking for Superior city government. The city has less than 30,000 residents and it is going to undertake a $31 million infrastructure project?

To give this price tag some perspective, the City of Superior’s entire budget spends right around $32 million each year. This one government project alone will cost to build what the city spends on all of its needs – police, fire, parks, snow plowing, road work, debt and everything else you count on government to provide.

Speaking of debt, Superior taxpayers should be nervous about taking on so much more debt to pay for the $31million project. Right now, even before this government-owned broadband network is completely approved, Superior taxpayers pay $3 million a year for debt service, the amount of taxpayer money spent on the city’s debt principal and interest on that debt loan in a year. Debt service is the fourth largest expenditure in the Superior city budget. When the full weight and cost of this project comes online, think what will happen to your debt service payment.

This broadband network will also roughly double the City’s long term debt obligations. According to the 2021 General Fund Budget document, total outstanding general obligation debt on December 31st, 2019 was $39,286,078. When you take a broader look at the city’s finances, the debt hole gets even bigger. Note 9 of the City’s basic financial statements (found on the city’s website labeled Annual Audit 2020), details that long term debt obligations total approximately $50 million for the taxpayers of Superior. While some will try to split hairs by saying general obligation debt is different than long term debt obligations, debt is debt. There is a reason why the audit refers to it as an obligation and not a debt dispensation or consideration. The City of Superior is already spending significant taxpayer resources each year to borrow money and pay off the interest on that debt. Is it really a good idea to double that debt for an unnecessary project whose price tag will undoubtedly spiral out of control once the government actually tries to run it.

This push by Superior to build its own municipal broadband infrastructure comes despite plenty of recent examples of local governments wasting hundreds of thousands of dollars or more on similar projects all across the country – like the City of Madison.

Madison began its push for a city-wide government-owned fiber network by starting with a small pilot program in 2015. The pilot program was supposed to bring broadband to four low-income neighborhoods and in the process, demonstrate the overwhelming demand for government-provided high-speed internet. Problem is, the pilot project failed miserably.

Even though Madison spent close to $900,000 on the pilot project and put on a full court press to convince people to purchase “bargain” broadband, just 19 customers out of a total of 979 potential subscribers signed up for the service. That is less than a 2% take rate. A horrible return on investment for the $900,000 spent but that is peanuts compared to the potential loss for Superior’s $31 million project.

If Madison isn’t enough of a cautionary tale to make Superior taxpayers wary, they should consider the plight of Sun Prairie, Madison’s neighbor. Sun Prairie Utilities built the city’s fiber broadband ring in the late 1990s, connecting, at first, just city buildings and public schools. By 2016, Sun Prairie’s network was serving customers in about 500 homes and apartment buildings and three dozen businesses. Despite a huge taxpayer investment, Sun Prairie’s government broadband network was only serving about 5% of the market. In 2017, Sun Prairie finally sold its costly fiber system to a private company for $2.88 million, just a bit more than the city’s outstanding debt on its assets, according to the Wisconsin State Journal.  Madison and Sun Prairie are not isolated incidents. There are many more examples of government-owned fiber networks with serious financial problems here in Wisconsin and across the country.

Entry Point, who has been hired to push this boondoggle, is far from an unbiased expert or neutral observer. It appears from their website that, if Entry Point can convince the taxpayers of Superior and the local city council to pursue this boondoggle, Entry Point will then sell its network management software and other services to the City to help it run the new infrastructure network.

Entry Point’s bias has unfairly impacted the debate as well. Entry Point’s “market analysis” is built on the idea that 40-60% of Superior residents will sign up for this government-owned network. The project needs to reach the 60% “take level” in order to be feasible according to the analysis.

Travers City, Michigan estimated that their $22 million government-owned broadband network would break even if it reached just a 40% take rate. More than five years into Travers City’s push to build and pay for this project, it has failed to reach the number of residential customers or commercial businesses needed to break even.

It is not realistic to think that 60% of Superior residents will sign up for government broadband.

Entry Point’s market analysis also included several mistakes or outright falsehoods that gave a misleading portrait of Superior’s current broadband environment. A cynic might be made to believe that Entry Point’s sloppiness or deception was purposeful so that this project, a project that Entry Point stands to make money off of, would be approved.

Entry Point claimed in its analysis that existing broadband providers imposed data caps on customers, required contracts for service, charged customers for modems, and tacked on taxes that added another 20-30% to internet bills. All of these Entry Point market analysis observations are false. Some market analysis.

Entry Point also failed to include Spectrum’s budget offering, Spectrum Internet Assist. Internet Assist is available to families with a member eligible for free and reduced lunch or to a senior over 65 on SSI. Internet Assist service exceeds the FCC definition of broadband and costs just $17.99 a month.

Even if you set aside these questionable market assumptions and deceptive tactics used to justify building the network, there are serious questions if federal covid funding can and should be used for an unnecessary broadband project.

Supporters of the government-owned project are trying to convince the public to support it because there is a lot of “free” federal money floating around to pay for it and that local taxpayers, the residents of Superior, face no financial risk because all that federal money will pay to build it.

There is no such thing as a free lunch. Someone always pays. That someone is always you, the taxpayer. Superior taxpayers are federal taxpayers and the federal government’s debt stands at $29 trillion. Trillion with a “t”. Every Superior taxpayer’s share of the federal debt is over $238,000 dollars. While certain politicians only seem to care about parochial or pork projects, maybe it is time all of us take a bigger view of government spending at every level. Maybe it is time that we truly prioritize government spending only that is absolutely necessary and provides a critical service for the vulnerable or the needy. Our children and our grandchildren will give us thanks in the future if we exercise fiscal discipline now.

It is also important to remember that President Biden’s massive Covid relief funding bill set four eligible priorities that local governments could spend the funds on:

The City of Superior is set to receive $17 million in Covid relief from the State and Local Fiscal Recovery Fund (SLFRF).

While most Americans believe that Covid relief funds should be spent on costs and needs directly related to or caused by the pandemic, the City of Superior apparently doesn’t care.

President Biden’s Covid relief package was passed during a time when the economy was struggling, the virus was spreading, the health care system struggled to keep up, too many schools were closed and many small businesses worried about going out of business. So has Covid-19 been eradicated from northwestern Wisconsin? Is the health care system out of the woods and operating back at pre-Covid levels? Has every small business or individual negatively impacted by the government’s forced shut down of our economy fully recovered? Do all nursing homes have the resources and supplies they need to keep our most vulnerable healthy and alive? Of course not. But Superior is going to spend the majority of this money on an unnecessary broadband project.

The Mayor points out in his memo to the City Council that Superior could spend the entire $17 million in Covid relief funds “merely mitigating the impacts of COVID-19” but he doesn’t believe that is a good idea.

Interesting use of the term merely. Sounds like he is downplaying Covid and the impact it has had on his constituents and his community.

With the Omicron variant spreading rapidly, hospitals once again at capacity, the health care system struggling to find enough health care workers to take care of the sick, and small businesses desperate to hire needed workers, is it really a wise idea to spend this $9 million on a broadband project that no one needs? Surely there are more pressing pandemic needs that this funding should be used for? The Mayor’s memo outlines that non-profits that “support our most vulnerable citizens” will receive just $1.25 million out of the entire $17 million. Federal funding for the government-owned network is 620% greater than the funding Superior is designating for non-profits to take care of the needy.

Think about that for a second. Does that sound right or make sense to anyone?

Given the economic uncertainty we face in 2022 – inflation, higher interest rates, continued supply chain problems, omicron spreading, and higher oil and gas prices to name just a few – is it a good idea to move ahead on a $31 million broadband infrastructure project that is not necessary? What if our country experiences a fiscal cliff incident or a stock market drop that leads us into a recession? How will the City pay for the $31 million project then?