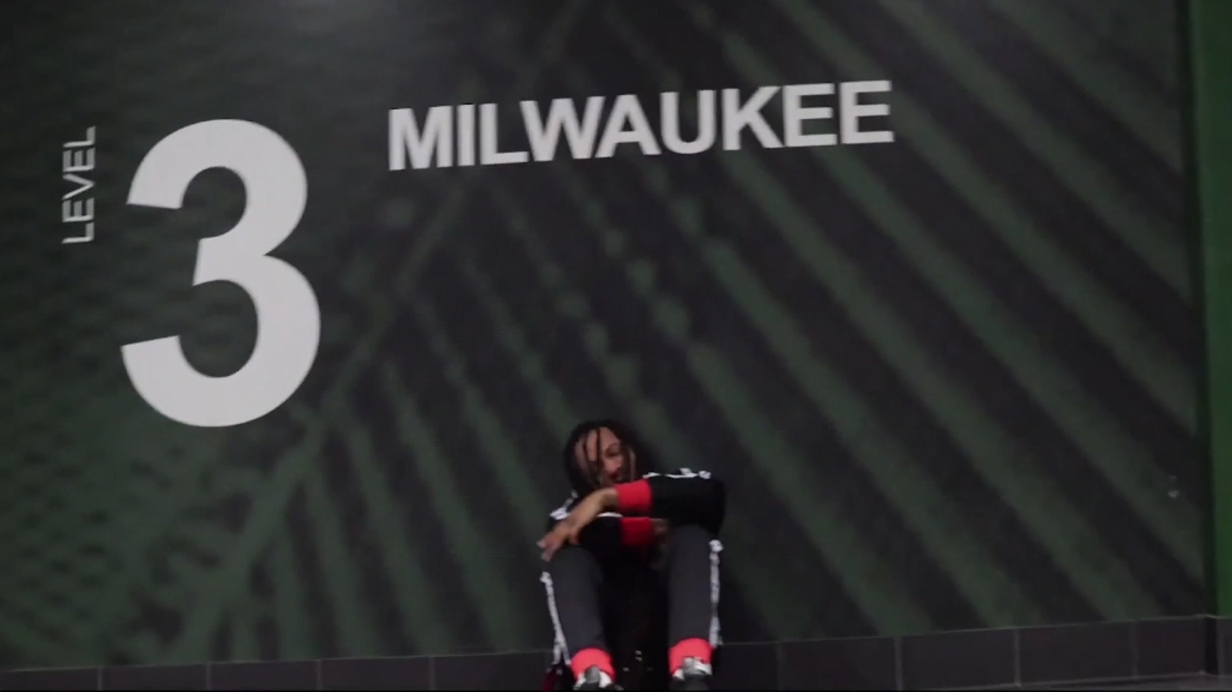 “For far too long, the misuse and overuse of jails has taken a heavy toll on families and communities. In Milwaukee County, we are committed to changing that.” According to Milwaukee County’s website, multiple alternatives to incarceration programs have “saved an estimated 17,205 jail bed days” in 2018 alone.

If not for Milwaukee County’s dedication to keeping criminals out of jail, Darrell Brooks Jr. probably would not have been on the road in Waukesha Sunday night.

Brooks has an open case in Milwaukee County for domestic abuse. He’s charged with two felonies and three misdemeanors. The felonies are for 2nd degree recklessly endangering safety and for bail jumping.

2nd Degree Recklessly Endangering Safety can mean many things, and it can sometimes be used to conceal the seriousness of brutal crimes. For example, in 2019 Marcel Vanlandingham left the Milwaukee Court House, pulled out a gun, and shot a man twice just a few steps away. The charge was 2nd Degree Recklessly Endangering Safety. The Daily Mail reports that for Brooks, the charge is related to an incident where “Brooks is said to have hunted [the mother of one of his children] down in a hotel then followed her in the street in his car, demanding that she get in, before ‘punching her with a closed fist’ and then ‘running her over.'”

Despite the gravity of Brooks’ alleged crimes, Judge Michelle Havas let him back out on the street for a $1,000 cash bond and put him under the supervision of JusticePoint.

Within the past month, two men were out on pretrial release under JusticePoint’s supervision when they committed even worse crimes – and were then handed right back to JusticePoint.

JusticePoint is a non-profit dedicated to finding “alternatives to incarceration,” and is instrumental in the end cash bail movement in Wisconsin. The Milwaukee County court system entrusts most of its criminals to JusticePoint’s supervision while they await trial.

While under JusticePoint’s supervision, Brooks allegedly plowed his SUV into the Waukesha Christmas Parade, killing five and injuring over 40 people. Add this tragedy to the growing list of casualties of the end bail movement.

The MacIver Institute published a report in 2019 about JusticePoint’s critical failures in monitoring criminals, and Milwaukee County’s unrelenting efforts to keep criminals out of jail. The report highlighted low cash bonds for serious crimes, poor oversight, and dismal outcomes. It appears things have gotten worse.

A cursory review of new cases from the last month in Milwaukee County found bail amounts have decreased further from those highlighted in MacIver’s previous report. In 2019, the lowest bail amount MacIver found for 1st degree sexual assault of child was $750. Earlier this month a judge let someone out for $650.

The lowest bail amounts for hit-and-run felonies also seem to have dropped. For those involving injury, they’ve dropped from a $250 cash bond to a $500 signature bond. With a signature bond, a defendant doesn’t need to put any money down, and only pays the amount if they violate the terms of their bail.

For great bodily harm, the lowest bail amount found dropped from a $500 cash bond to a $500 signature bond. Finally for death, the lowest amount is the same as in 2019: $5,000 cash bond. (It’s worth pointing out that this entire year, there have only been 22 cases opened in Milwaukee County involving felony hit-and-run.)

Not only have bail levels dropped since 2019. The conditions under which criminals are released are also more alarming.

Within the past month, two men were out on pretrial release under JusticePoint’s supervision when they committed even worse crimes – and were then handed right back to JusticePoint.

Judges aren’t the only ones to blame for low bond amounts and all but certain pretrial release. Prosecutors are on the same page. District Attorney John Chisholm bragged about his office’s role in pursuing alternatives to prosecution and incarceration. 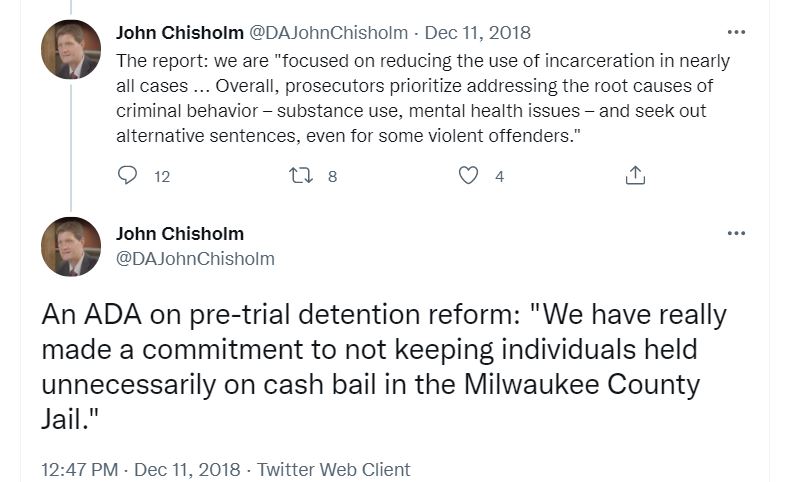 Chisholm now claims that the $1,000 cash bond for Brooks was “inappropriately low.”

Given this deteriorating situation for criminal justice in Milwaukee County, it should not be surprising that the level of violence is increasing nor that it is now spilling over into surrounding communities – like Waukesha.