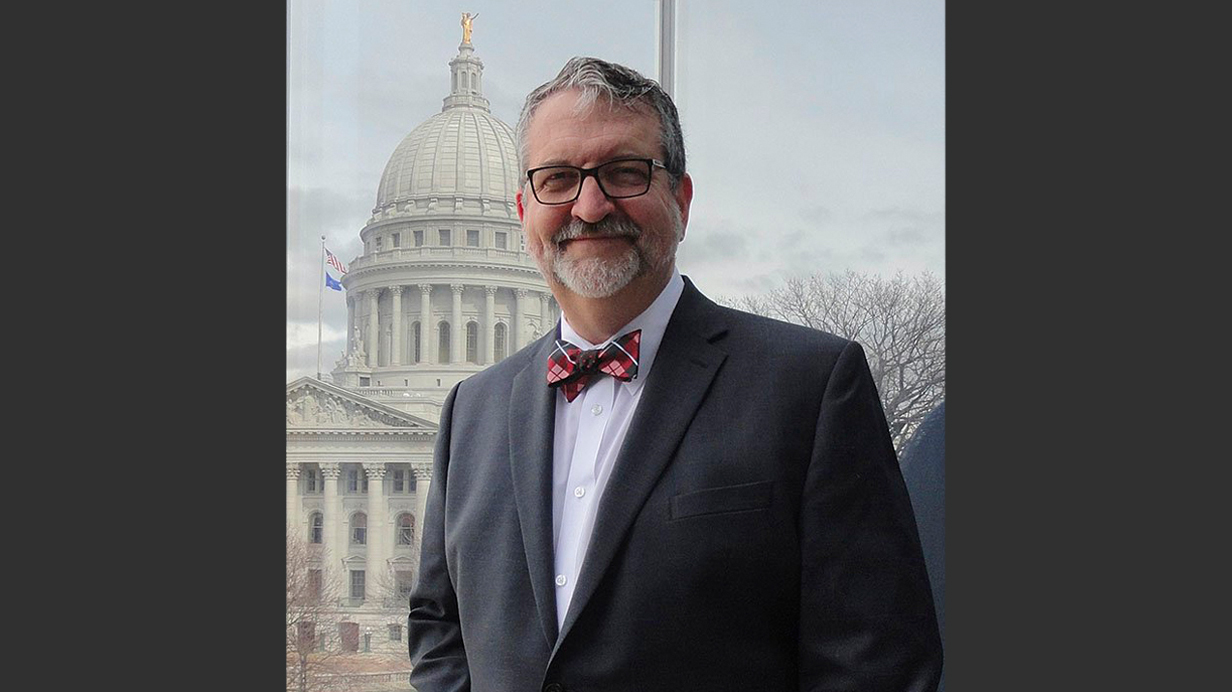 The presiding judge of the Dane County Circuit Court’s criminal division wrote a long rebuttal to a recent column by Dan O’Donnell, but as Dan notes, he accidentally revealed a deeply troubling attitude toward criminality

Anyone who is in the public eye will tell you that one of the greatest temptations is to strike back at critics; to fire off an angry response every time a particularly nasty email comes in.  In politics especially—where emotions run high, and criticism (both legitimate and unhinged) is constant—there isn’t a person alive who hasn’t at some point wanted to tell off a troll.

Even when the criticism is legitimate, it can sometimes spark the temptation to send a nasty response that contains more personal attacks than actual counterarguments.  This is why it’s almost always wise to either take the assessment in stride or write up a scathing reply and then immediately delete it.

Hyland, the presiding judge of the county’s criminal courts division, took exception to my Aug. 11th column, “When Dane County Leniency Turns Deadly,” which focused on the suspects in the gruesome murder of Chicago Police officer Ella French.  One of them, Eric Morgan, was charged in Dane County in 2018 with armed robbery and theft of movable property after holding up four people at gunpoint in Madison.

Morgan was still on probation a month ago when Officer French pulled him over in Chicago.  His brother Emonte, who was in the passenger seat, tried to run away and then struggled with French and her partner.  He pulled out Eric’s gun and fired, killing French and critically injuring her partner.

Judge Berz kept a felon out of prison and a little more than two years later he provided his brother with the gun that he used to kill a cop before his probation was complete.  A pretty simple case of judicial leniency with predictably disastrous results, right?

“Despite having a law degree himself,” Hyland wrote, “Mr. O’Donnell’s opinion piece significantly misrepresents the court record and the law.  As a result, the piece, and its publication, does a disservice to Judge Berz, the criminal justice system and ultimately Officer French, who swore an oath to uphold the law and died in service to it.”

Hyland demanded either that the MacIver Institute print his lengthy letter “or at least some form of correction” because “the sentence at issue in Mr. O’Donnell’s piece was not ‘inexplicably lenient.”

On that, at least, he is correct.  Berz is well known in Madison for both handing down lenient sentences and treating crime victims poorly in her courtroom.  It would have been inexplicable if she would have done otherwise.

In 2017, her conduct toward sexual assault victims was so egregious that a coalition of victim’s rights groups took the unprecedented step of publicly calling her out on it.

Morgan pulled out a loaded handgun on a group of four people and pointed it “straight at their faces” as he and his cousin robbed them during a drug deal.

“Our state constitution says that victims of crime are to be treated with dignity and respect, and we wouldn’t be here today if that were the treatment that crime victims were getting in Judge Berz’s courtroom,” End Domestic Abuse Wisconsin’s Tony Gibart told WISC-TV. “This is not one incident or two incidents. This is a pattern of incidents. There have been multiple opportunities to change, to become better educated about these issues.”

The group decided to speak out when Berz incarcerated “a juvenile sexual assault victim because she refused to testify against her attacker in court. The teenage survivor ended up serving more time than her eventually convicted perpetrator.”

Both served more time than Eric Morgan.  According to the Dane County criminal complaint against him, he pulled out a loaded handgun on a group of four people and pointed it “straight at their faces” as he and his cousin robbed them during a drug deal.

“I knew the gun was real and I was definitely scared,” one of the victims told police.  “I have never had a gun pointed at my face.”

Interestingly, Hyland does not consider this sort of behavior worthy of prison time.

“Mr. Morgan was 20 years old at the time,” Hyland wrote.  “He had no adult criminal record.  Had Mr. O’Donnell conducted any investigation, he would have known and could have included these facts.  Those facts did, I am certain, inform the judge’s decision.  When confronted with a 20-year-old with no prior criminal history, convicted of the crime of theft from a person, it would take some extraordinary circumstances to find that probation was not appropriate.”

The extraordinary circumstance was pointing a loaded gun in the face of four people and threatening to shoot them if they didn’t hand over their money.  That Hyland doesn’t consider that sort of thing to be worthy of even a few days in jail is itself extraordinary, as it calls into question his judgement as well as that of Berz.

“When confronted with a 20-year-old with no prior criminal history, convicted of the crime of theft from a person, it would take some extraordinary circumstances to find that probation was not appropriate,” Judge Hyland wrote.

This column, incidentally, would not be the first place Hyland’s judgement was questioned.  In late 2019, police officers and rape survivor advocates alike were furious when Hyland gave probation to a man who was convicted of the repeated sexual assault of a 13-year-old boy.

“I think it feels like a slap on the wrist,” the executive director of the Rape Crisis Center told FOX 47 TV at the time.  while the Waunakee Police Department added in a statement that it was “disappointed and surprised” at Hyland’s leniency.

With such an appalling sentence handed down by the presiding judge of the Dane County Circuit Court’s criminal division, is it any wonder why Judge Berz felt so comfortable giving Eric Morgan a pass?  Hyland seems to believe that this author—like sexual assault victims before him—publicly calling out Berz’s leniency stems from a form of ignorance; that the author simply isn’t as wise and learned as he and Ellen Berz.

“I also have to point out that Mr. O’Donnell is only faulting the judicial branch for the resolution of Mr. Morgan’s case,” Hyland wrote.  “Had he read the court file—or at least had he been honest in authoring his ‘perspective’—he would have had more information to convey and, perhaps, more ‘blame’ to spread around.”

Hyland here claims that the Dane County District Attorney’s Office, not Judge Berz, is perhaps more deserving of scorn for entering into a plea deal with Morgan that dropped the more serious felony against him, which meant that the “maximum sentence available at sentencing was 10 years; not 50 years as claimed by Mr. O’Donnell.”

One might argue that the maximum sentence a defendant faces is largely irrelevant when the judge ends up sentencing him to 0 years, but Hyland’s attempt to shift blame from Berz rings hollow when one considers the fact that she sentenced Morgan to a lesser term than prosecutors requested.

In late 2019, police officers and rape survivor advocates alike were furious when Hyland gave probation to a man who was convicted of the repeated sexual assault of a 13-year-old boy.

There is no way around the fact that Judge Berz yet again slapped a violent criminal on the wrist.  Eric Morgan was not, as Hyland suggested, a good kid who just got into a little bit of trouble.  He wasn’t caught graffitiing buildings on State Street; he pointed a loaded gun in the faces of four people and robbed them.

It’s troubling that Dane County has a judge who doesn’t believe that to be worthy of any jail time, but it is downright terrifying that the presiding judge of the county’s criminal division thinks that not only is it acceptable, but it is also an outrage that a member of the public would dare criticize it.

Dane County’s judges, it seems, demand less accountability than the criminals they coddle.  This smug arrogance combined with the angry defensiveness that can only come from a man who kept a child sex abuser out of jail proves John Hyland is unworthy of the trust the public has placed in him.

Hyland’s demand for a “correction” of this author’s supposed ignorance will of course go unheeded, but the fact that he went to such lengths to defend the indefensible will be long noted, as will they manner in which he unintentionally revealed a deeply troubling line of thinking amongst Dane County’s judiciary: They are right, criminals should go free, and you are stupid for believing otherwise.

His letter should also serve as a powerful reminder to always write the nasty reply and then immediately delete it.