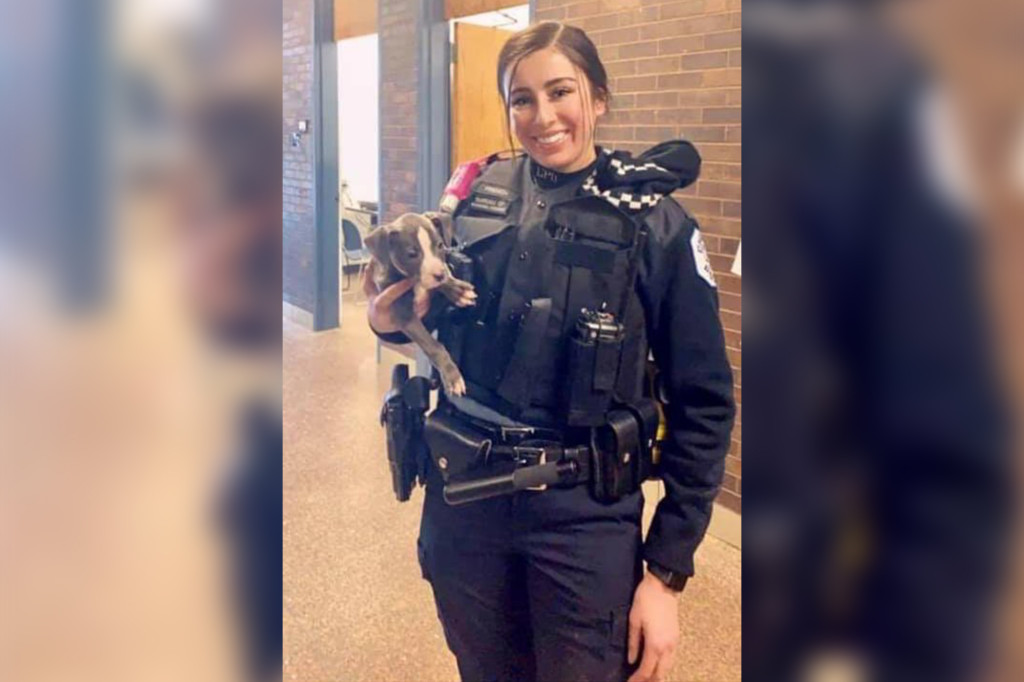 The 29-year-old Chicago Police officer and two other officers pulled over a car for expired license plates in the West Englewood neighborhood Saturday night.  After the driver, Eric Morgan, pulled to the side of the road, his brother Emonte opened fire on French and another officer, killing her and badly injuring him.

This didn’t have to happen.

Emonte Morgan, the alleged gunman, was charged with felony theft and misdemeanor battery in 2019 after he arranged to purchase an iPhone but ran off with it instead.  When the victim chased and confronted Morgan, Morgan punched him repeatedly until several bystanders were able to subdue him.

In exchange for a guilty plea, prosecutors dropped the felony theft charge against Morgan, and he was sentenced to two years’ probation.  In May, prosecutors moved to revoke that probation because of an unspecified violation, but on Saturday Morgan was still on the street and able to shoot Ella French to death.

She didn’t have to die, but she did—in part because the Cook County justice system refused to enforce the law and punish a probation violation.  Had it done do, Emonte Morgan would not have been on the street on Saturday.

The gun he allegedly used to kill French belonged to his brother, who was not legally allowed to own it because of a felony record for which he received a shockingly lenient sentence from a Dane County Circuit Court judge.

Morgan pleaded guilty, and although he faced up to 50 years behind bars, Dane County judge Ellen Berz sentenced to him to just three years’ probation.  Had she sentenced him to just two percent of the maximum prison time she could have, Eric Morgan would have been locked up instead of providing his brother with the gun that he used to kill Ella French.

She didn’t have to die, yet she did—in part because Judge Berz refused to impose a sentence that would have either kept Morgan off the street on Saturday or instilled in him enough fear of legal consequences that he would not have straw purchased the handgun that his brother allegedly used in the murder.

Sadly, the coddling of criminals couple with stunningly poor treatment of crime victims have become hallmarks of Berz’s shameful career on the bench.  Four years ago, Madison’s leading victim rights advocates took the unprecedented step of publicly criticizing her handling of domestic and sexual assault victims.

“Our state constitution says that victims of crime are to be treated with dignity and respect, and we wouldn’t be here today if that were the treatment that crime victims were getting in Judge Berz’s courtroom,” End Domestic Abuse Wisconsin’s Tony Gibart told WISC-TV. “This is not one incident or two incidents. This is a pattern of incidents. There have been multiple opportunities to change, to become better educated about these issues.”

In 2016, Berz sentenced a juvenile sexual assault victim to jail because she would not testify against her attacker.  The man was eventually convicted, but his victim ended up serving more time than he did.

So often did Berz side with alleged domestic abusers over those seeking restraining orders against them that victims’ rights advocates have come to believe that she cares little about those hurt by the sociopaths who appear as defendants in her courtroom.

“It’s devastating in the message that it sends to the public: Don’t bother reporting,” said one advocate.  “Don’t bother seeking justice because justice won’t prevail.”

It certainly didn’t on Saturday night, when years of leniency toward hardened criminals exploded in a hail of gunfire on a street in Chicago.  Ella French didn’t have to die but, tragically, judges like Ellen Berz helped ensure that she did.