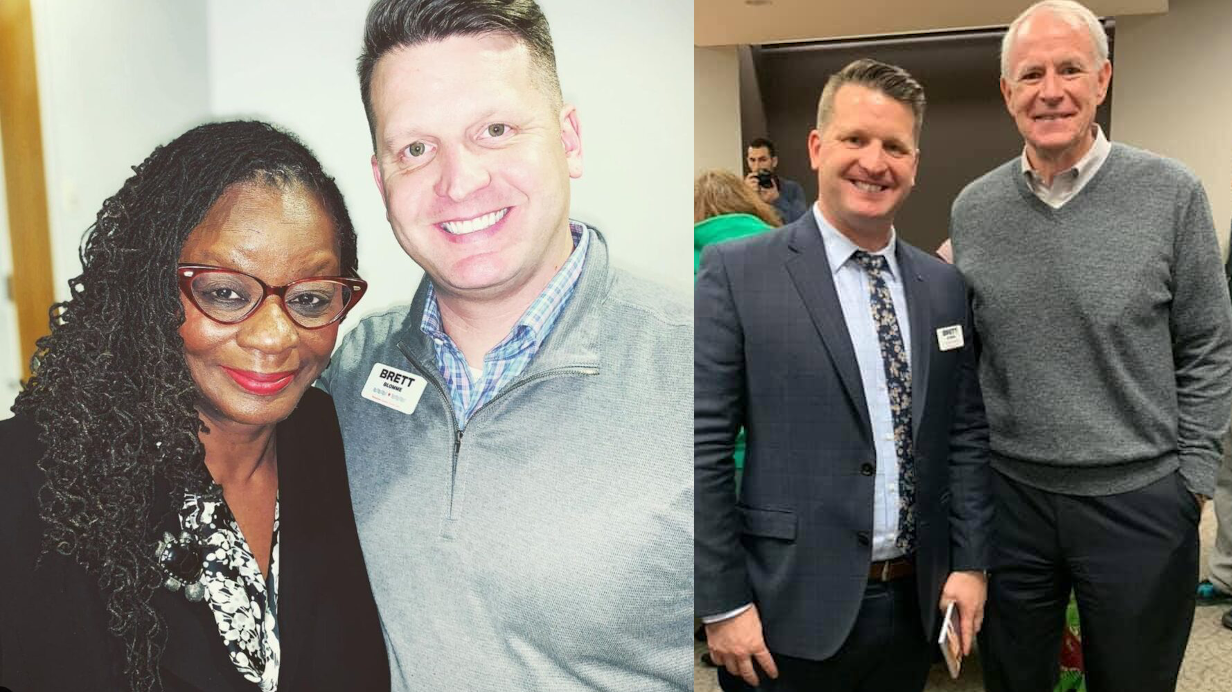 When are leaders responsible for the sins of their supporters? As Dan O’Donnell writes, when they are Republicans.

We are each of us ultimately responsible only for ourselves and our own actions, yet the degree to which we may be held accountable for the misdeeds of others apparently varies by political party affiliation.

On Wednesday, The Milwaukee Journal Sentinel published on its website what can only be described as a hit piece on Wisconsin Senator Ron Johnson in which reporters Molly Beck and Patrick Marley highlighted the fact that Johnson is “taking fire from a liberal group for accepting more than $13,000 from a Washington state business owner who refused to hire Muslims and replied to emailed jokes about killing them with smiley faces.”

“Top GOP donor Peter Zieve, a Washington state aerospace CEO who refused to hire Muslims, replied to jokes about killing them with smiley faces and told employees they must have babies to keep America from being ‘backfilled with rubbish from the desperate and criminal populations of the third world,'” Beck and Marley wrote.  “Zieve, who grew up in Wisconsin donated $13,200 to Johnson between 2010 and 2016, before Zieve was ordered by the Washington Attorney General to pay $485,000 after an investigation alleging discrimination by the company and retaliation against employees.”

After printing left-wing group American Bridge’s allegations verbatim, Beck and Marley breathlessly reported that a spokesman for Johnson “did not say whether Johnson is keeping the donations” even though a Mississippi Senator did.

They further chastised Johnson for accepting $5,000 in donations from a freight company founder who “wrote in a 2015 self-published memoir that Black people became ‘more belligerent’ after the expansion of welfare programs in the mid-20th century and said colleges and universities were ‘cluttered’ by courses studying issues related to Black Americans, women, and LGBT Americans.”

Johnson, of course, is meant to answer for the racism alleged against two of his donors.  This is the obvious premise of the entire story.  Johnson is, by association, guilty of the sins of his supporters.

At almost the exact moment it was published Wednesday afternoon, felony charges of possession of child pornography were filed against Milwaukee County Judge Brett Blomme.  The videos that Blomme allegedly shared through the messaging app Kik are so shocking, so vile, and so heartbreaking that descriptions of them contained in the criminal complaint cannot in good conscience be reprinted here.

Suffice it to say that Blomme is charged with consuming and sharing some of the most heinous abuse of children imaginable; material so stomach-turning that a mere description of it in the complaint brought tears to the eyes of this hardened reporter…who also happened to be the only reporter, it seems, to ask Blomme’s many Democratic supporters about them.

Why is Johnson made to answer for the transgressions of his donors but nearly every player in Milwaukee Democrat circles doesn’t have to answer for the behavior of a man they promoted largely because of his “character” and “values?”

While Blomme is presumed to be innocent of the charges against him until they are proven in court, the standard in politics—as evidenced by the Journal Sentinel’s coverage of Senator Johnson’s donors—is that one is presumed to be guilty of the crimes of others unless he is badgered into answering for them.

Strangely enough, though, Democrats have not been.  Blomme has been a major player in liberal politics for years, starting with his work on Milwaukee Mayor Tom Barrett’s first gubernatorial campaign in 2002.  Barrett and Blomme became close, and Barrett’s backing propelled Blomme’s success as a community organizer.

Eventually, Barrett appointed Blomme as Chairman of the Milwaukee Board of Zoning Appeals and wrote to members of Wisconsin Governor Tony Evers’ Judicial Selection Advisory Committee to “enthusiastically recommend Brett Blomme for appointment to the Milwaukee County Circuit Court.”

“I believe Brett has the qualifications, integrity and values needed to be a successful member of our community’s judiciary,” Barrett wrote.

Blomme wasn’t appointed, but because of his deep ties to the Democratic Party of both Milwaukee and Wisconsin as President of the Cream City Foundation, he quickly emerged as Democrats’ choice to run against incumbent Judge Paul Dedinsky last Spring.

“Brett is the change we need to help fix our broken criminal justice system,” wrote Congresswoman Gwen Moore, a Democrat, in her resounding endorsement of Blomme’s candidacy.  “He is a former public defender who has dedicated his career to fighting for justice and equity.”

Milwaukee Common Council President Cavalier Johnson, also a Democrat (who serves in a technically non-partisan position), also endorsed Blomme as someone who “has dedicated his entire career to making Milwaukee a more inclusive place for all of us.”  In her endorsement of Blomme, Milwaukee Alderwoman and former State Assemblywoman JoCasta Zamarripa said “our courts need more people that share Milwaukee County’s rich diverse values.”

As of this writing, there is no evidence that a single one of these elected leaders and prominent community organizations has responded to or has even been asked about the charges against Blomme (save for by this reporter, who has yet to receive a response).

Why is this? Why is Johnson made to answer for the transgressions of his donors but nearly every player in Milwaukee Democrat circles doesn’t have to answer for the behavior of a man they promoted largely because of his “character” and “values?”

Neither Beck nor Marley nor any other reporter at the Journal Sentinel even bothered to mention Blomme’s deep ties to the Democratic Party, its leaders, and organizations that support it in either of the two stories (here and here) it has published about his arrest and charges.

Only Barrett, who preemptively issued a press release expressing his “complete surprise” at Blomme’s arrest, was apparently ever asked about his past support for him.

A Republican Senator, however, will be pressured to answer for a supposedly racist freight company owner who gave half as much to Johnson over five years as the Wisconsin Democratic Party gave to Blomme in one day.

The overwhelming support of Milwaukee’s Democratic machine powered Blomme to a win last April and resulted in his installation on, of all things, Milwaukee County Children’s Court.  Not a single member of that machine, though, is liable to face a single tough question about it.

This isn’t just journalistic malpractice; it’s a dereliction of duty.  We as consumers of news, as voters, and as citizens whose lives could potentially have been impacted by Brett Blomme’s judicial decisions need answers from those who put him in power by assuring us of the quality of his character.

They may not be responsible for his actions, but their actions put him in a position of power, and they need to answer for (or at least be asked about) it.