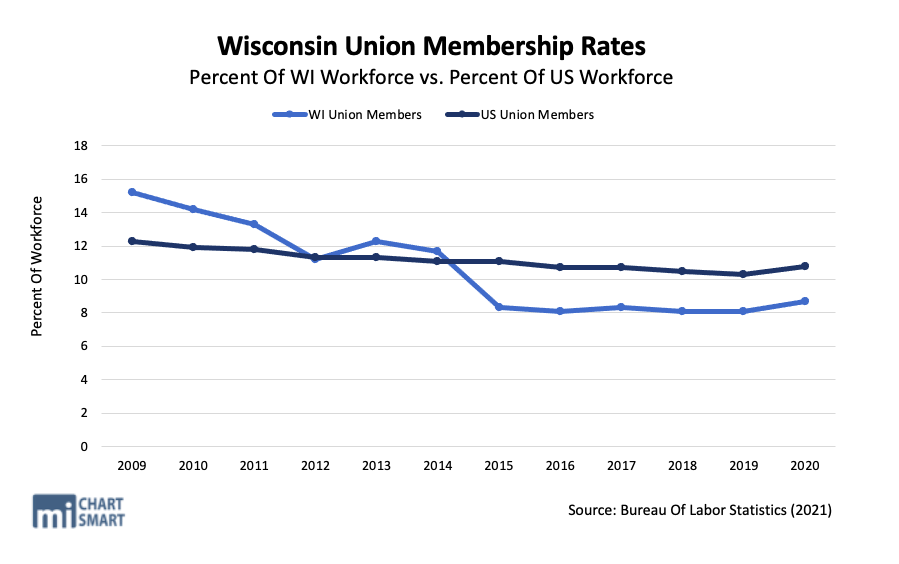 Wisconsin union members in 2020 made up more than 8.3% of the workforce for the first time since 2014

The dramatic decrease in Wisconsin’s union membership rate over time is often attributed to collective bargaining reform, passed through 2011 Act 10 for public employees and 2015’s Right to Work law.

Both private and public union members made up a slightly larger proportion of the United States workforce in 2020, but actual membership in both sectors dropped in the same year.

Altogether, unions across the United States have seen a net decrease of 1,074,000 members since 2009. 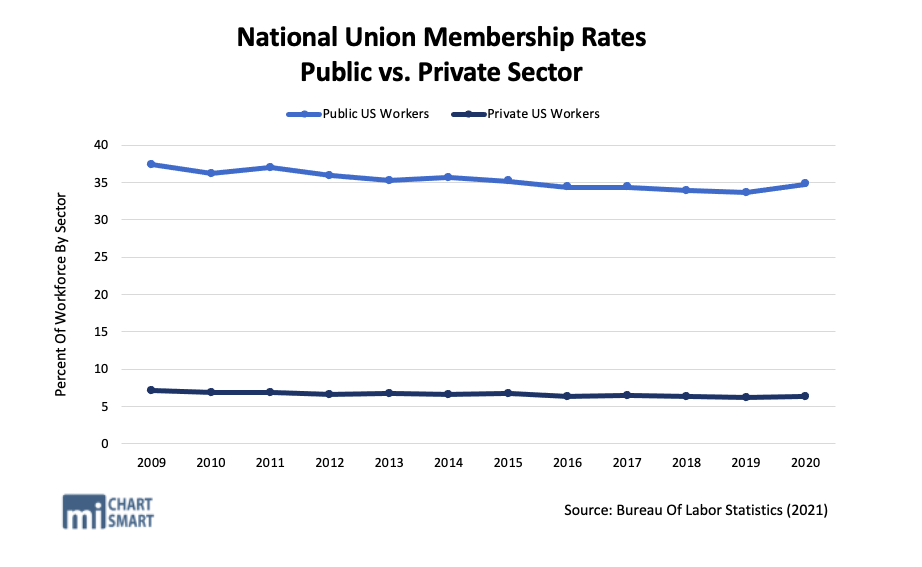 As BLS reported in their 2020 Union Members Summary, the “The highest unionization rates were among workers in protective service occupations (36.6 percent) and in education, training, and library occupations (35.9 percent).”

Public sector workers were over five times more likely to be in a union in 2020 than workers from the private sector. The US private sector employs over five times the number of workers that the public sector does, yet the number of union members for both sectors in 2019 was comparable, with only about a 1 million member difference between the two.