The nationwide push to legalize marijuana state by state may make its passage SEEM like an inevitability to the public. However, Americans are smart to question this push, examine the facts, and slow down this process before it’s too late.

Aside from how I could tell you how this illicit drug has nearly destroyed my family and the families of others I love, there are solid, unemotional FACTS that should give every one of us pause in allowing marijuana to be legalized in our state.

First, fans like to peddle the false narrative that pot is not a gateway drug. Countless families can testify to the fact that marijuana is or was a stepping stone to their loved one’s addiction. While every person who uses pot does not become addicted, nearly every person who becomes hooked on drugs, whether it be pot or harder substances, begins with pot. Marijuana interferes with normal transmission of neurotransmitters in the brain. Over time with regular usage, a higher dosage of the drug is needed to achieve the same “high” that is initially experienced in the early stages of use. This phenomena is what leads individuals to move on to newer and more deadly substances.

At the same time, there is the pervasive, false perception that marijuana is not dangerous. Pot today is not the weed baby boomers were smoking. While concentrations vary by sample, today’s loose weed THC content measures as much as 30% higher than that consumed back in the 1980’s. Add to that the new dawn of “dab” or marijuana wax consumed through vaping, and levels are off the charts. While a joint can contain anywhere from 5 to 28% THC levels, the wax contains anywhere from 54 to 99% THC. These levels can result in hallucinating, psychotic breaks, increased heart rate and blood pressure, along with increased anxiety, paranoia, and fractured sensory perception, not to mention profound lung damage, none of which promote health. New studies continue to be published showing the detrimental effects of marijuana on mental health, especially where youth are concerned. One of the educators in my legislative district aptly stated, “Where there are adults with marijuana in the home, youth have free access to it.” Advocates from the pharmacy community have also stated that use of this illicit drug complicates their care of those using prescription drugs because there is neither adequate science on interaction nor adequate notification that patients are using.

Legalization promises hope and financial windfall, but continually falls short. One mother I served prior to being elected to the Legislature relocated to another state just so her daughter with a severe seizure disorder could have access to medical marijuana. She is now back in Wisconsin, disgusted with the lack of results and competence she experienced in her quest. Additionally, disappointing is the evidence that money coming into state coffers because of legalization goes right out the door in law enforcement, emergency room care, and homelessness in places where it is legalized. There are no widespread, speedy field sobriety tests for those using, so they cannot be stopped just as we apprehend drunk drivers. It creates a huge obstacle for employers, especially in manufacturing and trades because of safety concerns.

While there is evidence that cannabinoids offer some medicinal benefits, it should be the responsibility of the federal government with all of its resources to study this drug and create uniformity for applied use and safeguards for the public. This proposal is a gaslighting measure, attempting to make Wisconsinites believe that they are not seeing what they are truly seeing in the drug dilemma. With increased suicides, mental health crises, and deaths from drug overdoses during the COVID-19 pandemic, the last thing we need is to add to our societal ills with this sort of proposal. It’s past time our governor leave the dope in the rearview mirror and begin concentrating on issues that will truly move our state “Forward.” 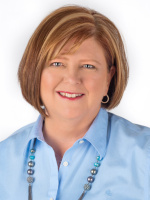 Rep. Dittrich represents the 38th Assembly District in the State Assembly. She was first elected to the Assembly in 2018 and the 38th district runs from western Waukesha County, through Jefferson County to the eastern edge of Dane County.

Questions, comments or looking for more information? You can email Rep. Dittrich at rep.dittrich@legis.wi.gov.

Submit a reasoned, well-constructed column, without name calling or personal attacks, to info@maciverinstitute.com and we will publish your point of view on this very important and timely debate.