Wisconsin schools will receive more than $765 million in federal relief from the CARES (Coronavirus Aid, Relief, and Economic Security) Act. K-12 schools are set to receive upwards of $221 million.

The majority of federal relief for schools will go toward higher education, which MacIver will detail in a future analysis. For K-12 education, the bulk of the support comes in two main relief funds: the Governor’s Emergency Education Relief Fund, and the Elementary and Secondary School Emergency Relief Fund. 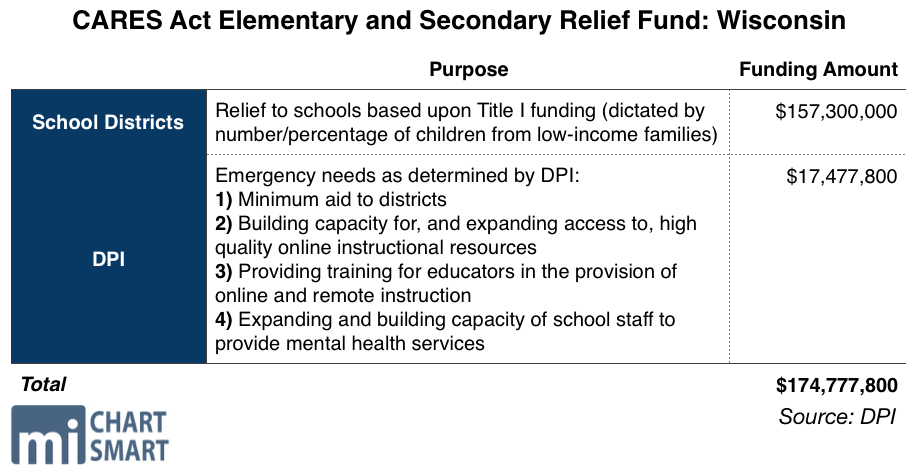 Gov. Tony Evers will have wide discretion in how he chooses to spend the Governor’s Education Relief Fund. Evers can allocate that nearly $47 million pot of money for emergency support grants to schools, childcare or early education providers, and other similar priorities.

As for the Elementary and Secondary School Relief Fund, states have less flexibility in deciding how to spend the money. The CARES Act authorizes states to spend the money “for emergency needs” as determined by DPI, “to address issues responding to the COVID-19 pandemic.”

Under the law, states must spend 90 percent of those funds according to federally-set Title I formulas. That amounts to $157 million in Wisconsin which will be dispersed based solely on Title I. The remaining 10 percent of the Elementary and Secondary Emergency Relief Fund is determined by the state’s Department of Public Instruction (DPI), subject to review by the legislature.

Now, state lawmakers are setting in place plans to spend that portion after approving a preliminary DPI proposal for more than $17 million.

The Joint Finance Committee approved DPI’s spending proposal through passive review in May. Still, specifics on how exactly the money will be used remain vague, other than several bullet points.

DPI will spend the $17.5 million on four distinct priorities, according to a DPI letter to the Joint Finance Committee. The priorities include:

The only requirement for DPI’s allocation is that it maintain a minimum aid to districts, which is the first priority. Spending beyond that is left to the department’s discretion.

For the second priority, DPI plans to “collaborate with three strategic state partners to support online, blending, and remote instructional delivery systems.” DPI provided examples of existing such partnerships, but has not yet provided specific plans. 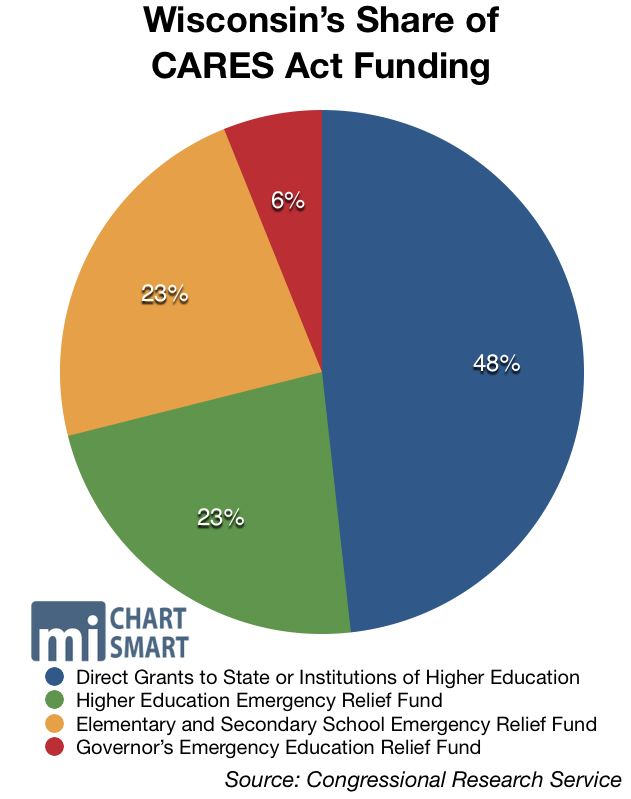 Under the third priority, DPI will provide extensive training to educators this summer and fall. Preparedness programs will also include education for school counselors, social workers, and psychologists.

Finally, DPI will fund “resources and online training supports” for staff to maintain and enhance connections with and among students and colleagues.

The Joint Finance Committee approved the plan as proposed by DPI, with one change. Instead of receiving $500,000 for administrative costs, DPI will receive $350,000.

So far, the state has only acted on plans for the Elementary and Secondary School Emergency Relief Fund, described above. 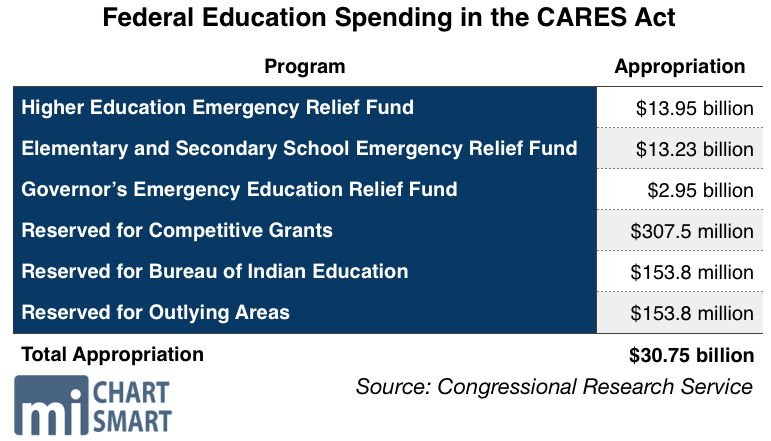 Approximately 2 percent of the ESF will be set aside for areas with the “highest coronavirus burden,” the Bureau of Indian Education, and other outlying areas. The rest of the $30 billion fund will be allocated among the three core emergency relief funds.

The majority of relief for K-12 schools will come in the Elementary and Secondary School Emergency Relief Fund which totals $13.2 billion, or 44 percent of the ESF. 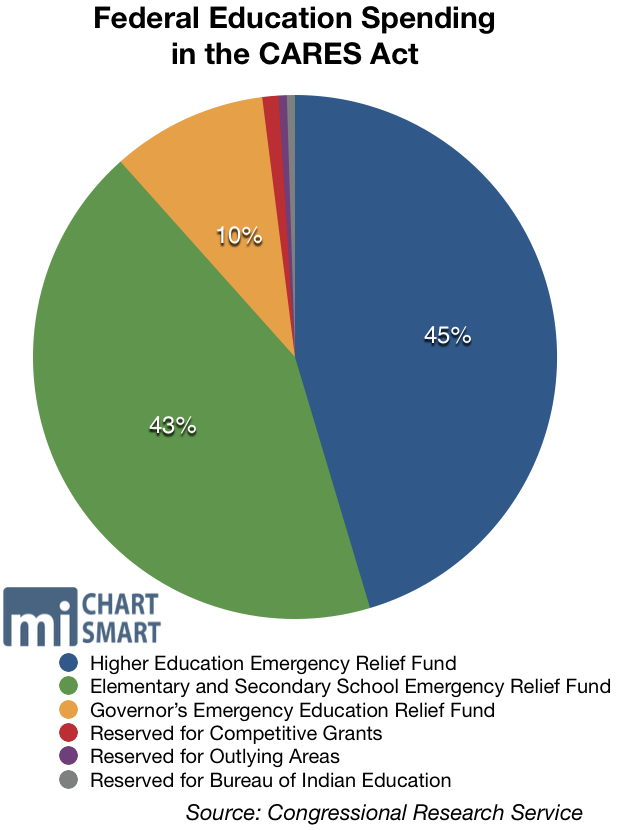 The Governor’s Emergency Education Relief Fund will receive nearly $3 billion, or 9.8 percent of ESF funding. Wisconsin’s share of that fund will total an estimated $47 million, and the state has not yet laid out how it plans to spend the money. Finally, the Higher Education Emergency Relief Fund, which MacIver will explore in more detail in a forthcoming piece, will total $13.9 billion.

As the state begins to look toward its 2021-23 biennial budget, key indicators are beginning to show the fiscal battle ahead. The state is facing an estimated $2 billion loss in revenue caused by the pandemic, and last week, the nonpartisan Legislative Fiscal Bureau released a memo estimating that tax collections fell by $380 million compared to last year.