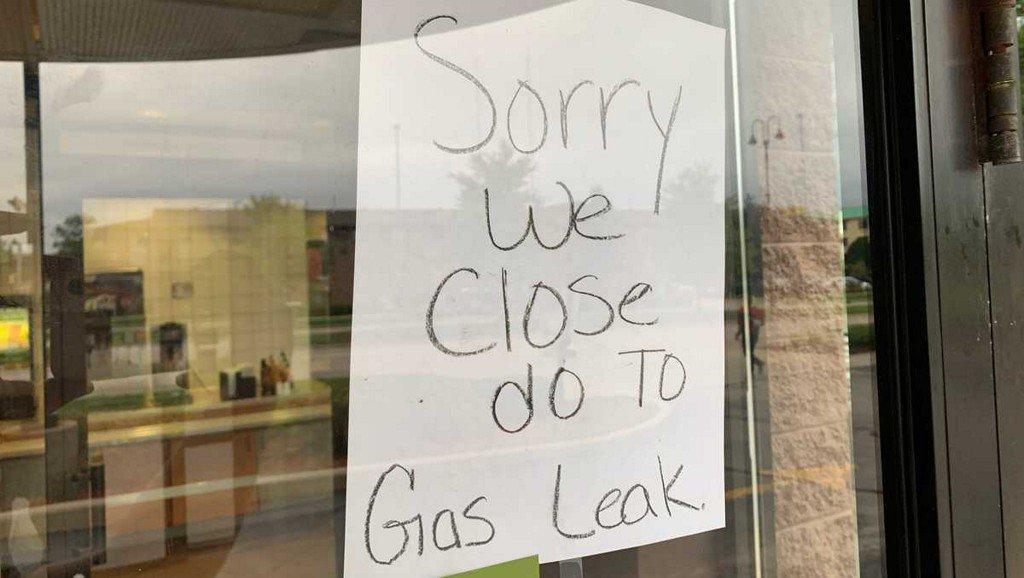 “Sorry we close do to gas leak.”  It wasn’t just a warning to would-be customers at a Milwaukee-area Boston Market over the weekend; it’s a warning to all of Wisconsin about the wide-ranging impact of what has become a proficiency crisis in K-12 education.

For the third straight school year, the Wisconsin Department of Public Instruction (DPI) reports that far fewer than half of the state’s third through 11thgraders are proficient in reading. 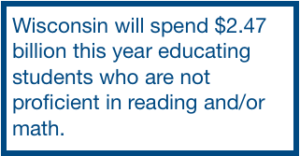 The picture is just as bleak in math proficiency, where a similar 60% of third through 11th grade students do not meet proficiency standards.  Heaven help the Boston Market customer who needs change when the cash register isn’t working.

As test scores were declining, state money for schools was dramatically increasing.  Governor Walker’s 2015-2017 state budget spent $208 million more on public education aid than the previous budget, while his 2017-2019 budget spent $636 million more.  The first biennial budget from Governor Evers (who presided over the proficiency decline as state superintendent) will spend an additional $655 million over the next two years.

All told, Wisconsin will spend more than $12 billion on K-12 education this biennium.

It doesn’t even take proficiency in math to recognize that Wisconsin isn’t exactly seeing a return on this massive investment.

Putting the extent of this failure in proper context, though, requires a deeper look at the numbers. Roughly 60% of Wisconsin’s 588,992 third through 11thgraders are not proficient in either math or reading (or both).  That’s a total of 353,395 kids.  With 858,833 total students in Wisconsin’s public schools this year, the roughly $6 billion in total K-12 education aid amounts to $6,986 per student on average.

How is this even possible? A MacIver Institute analysis of DPI data earlier this year found that just 54% of annual state education funding is spent on classroom instruction.  Instead, massive facility and administrative costs suck up money that might be better put toward teaching kids basic reading and math skills. 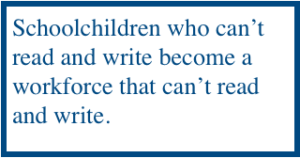 The 2018-2019 Milwaukee Public Schools (MPS) budget, MacIver’s Ola Lisowski found, “includes funding for 356 administrators. Of the 336 administrators with publicly reported salaries, those individuals earn an average of $126,808 including fringe benefits. At central office alone, 78 administrators earn an average total salary of $111,624. That’s more than five times the median per capita income in the city of Milwaukee, and almost three times the median household income in the city.”

62 of MPS’s 154 schools saw fewer than 10% of their students score a “proficient” or better on FORWARD testing this year.

As the state’s largest district, MPS receives the largest amount of state aid and spends the most money per pupil.  “Per-pupil spending,” though, is an almost laughable way to describe the manner in which MPS uses the money it takes in, as it’s obvious that most of it never reaches pupils at all.

Meanwhile, DPI, the agency responsible for oversight of this shameful mishandling of public education funds, merely shrugs its shoulders and laments that Wisconsin’s standards for proficiency are higher than those in other states, so it shouldn’t be surprising that so few students are proficient in basic skills.

Just as Wisconsin demands more of its students, so too should Wisconsin’s taxpayers demand more from their educators—from the state superintendent to district superintendents to principals to teachers—and demand to know why more of the billions in education funding isn’t going into the classroom. 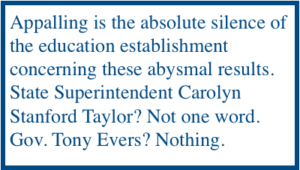 The proficiency crisis in Wisconsin is also an accountability crisis, as the state’s education bureaucracy doesn’t feel particularly compelled to explain itself as its failures mount.

Taxpayers, however, must demand a return on their investment; otherwise Wisconsin might as well hang up a sign that reads “Sorry we close do to a failing education system.”