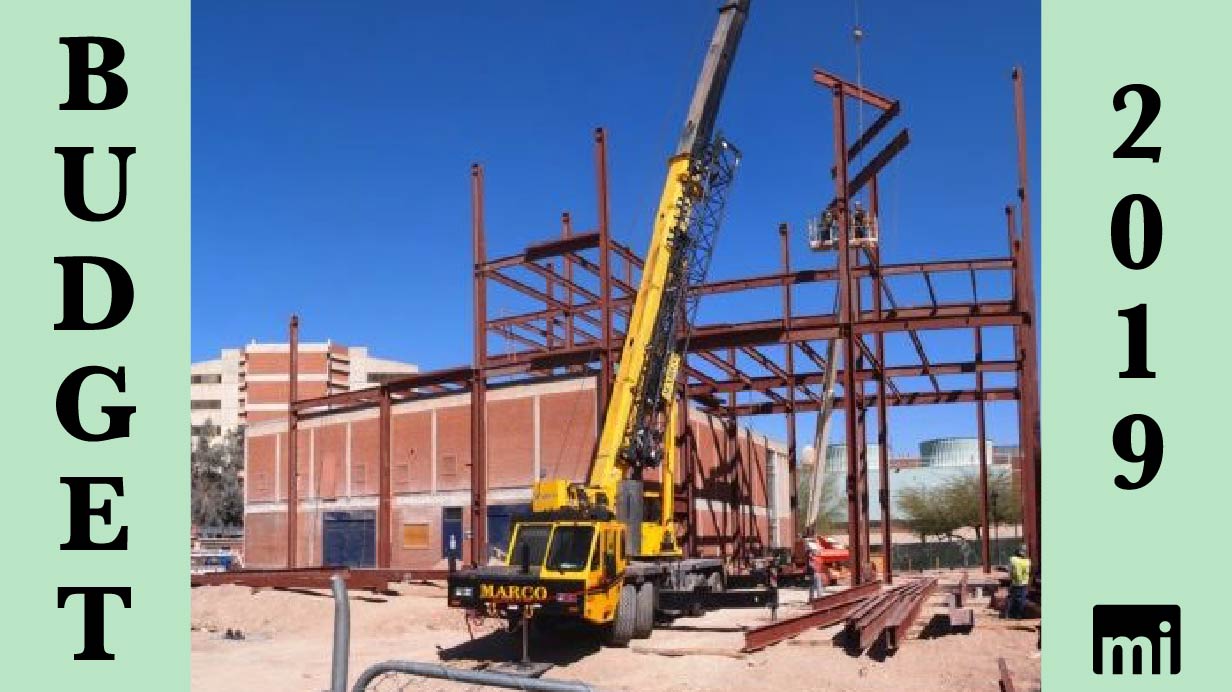 The governor and fellow Democrats on the commission painted what they saw as Republican recalcitrance as an assault on everything from updated state park bathrooms to cancer research.

But the panel’s conservatives, suffering from a serious bout of fiscal “heartburn” said they couldn’t in good conscience simply sign off on record capital borrowing without more time to closely examine the plan.

Rep. Mark Born, one of four Republicans on the eight-member commission, said Evers “once again chose to put politics before people.”

“The Governor’s recommendation includes an unsustainable and unreliable amount of borrowing,” the Beaver Dam Republican said in a statement following Thursday’s meeting.

Republicans had offered an opening motion to forward Evers’ full capital budget proposal on to the Legislature’s Joint Finance Committee to “thoroughly vet these proposals and ensure that we are prioritizing what’s best for the taxpayers of our state,” according to Born.

But the motion was a nonstarter for Evers, the commission’s two Dem lawmakers and Summer Strand, the citizen member of the committee who represents construction and engineering interests. They objected to moving Evers’ capital borrowing plan on without enumerating the projects contained within. 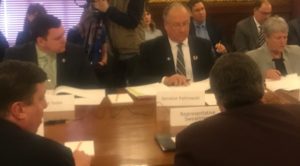 The Republicans’ motion failed on a 4-4 tie. As did each of the subsequent votes during the tedious, and arguably pointless, reading of the lengthy projects list.

“I know we all care for our veterans,” Ringhand said as she urged the Republicans to vote in favor of a proposed Veterans Affairs building project.

The Republicans said they do indeed care about veterans, and the troubled juvenile detention system, and fire alarms for deaf students, and expansion of cancer research facilities, and all kinds of capital requests Evers said yes to. Many of the governor’s proposals are truly priorities, said commission member Rep. Rob Swearingen (R-Rhinelander).

But the governor is pitching $2.52 billion total in state building projects, including nearly $2 billion in new bonding. The total is more than twice the $1.157 billion average bonding in the four biennial budgets of Evers’ predecessor, Republican Gov. Scott Walker. That’s a huge increase in borrowing.

After the governor unveiled his recommendations earlier this month, state Sen. Dale Kooyenga (R-Brookfield) said Evers’ plan prioritizes everything, and therein lies the problem for the state’s taxpayers.

With a record level of borrowing proposed, Born said it’s all the more important to slow down, make the hard decisions on what Wisconsin’s top capital priorities truly are, and keep taxpayers in mind while doing it. The lawmaker predicted that many of the projects the governor recommends will end up in the final 2019-21 budget.

“A lot of them are important. All of them have merit,” he told MacIver News Service Thursday. “It’s about what we can afford to do right now. That’s why it’s part of a broader discussion of how much do we put on the state credit card right now, how much should we defer. And right now the governor just wants his way or no way and that’s not how it works.”

Evers’ capital budget proposal includes projects of wide bipartisan agreement, not the least of which is the bonding requested for building and financing the juvenile detention facilities ordered to replace the troubled Lincoln Hills School for Boys and Copper Lake School for Girls in northern Wisconsin.

But the governor’s proposals add $150 million more for construction of the youth offender centers.

Schraa takes particular issue with the proposed $115 million for construction of Juvenile Corrections Regional Facilities, at a cost of about $1 million per serious youth offender housed there.

And then there are the kinds of local projects that raise eyebrows from taxpayers outside the immediate impact area. Like the Department of Natural Resources’ Hank Aaron State Trail connector, at a cost of $1.1 million. The project would build a connection ramp from the state bike trail to Highway 100’s new two-lane bike and pedestrian path in the Milwaukee area.

“This would accommodate a lot of people who bike to work. It sounds like it’s very much needed,” Ringhand said.

Republicans on the commission want to differentiate wants versus needs, and they believe that’s a process that takes longer than the week and a half Evers’ recommendations have been on the table.

Perhaps wanted, even needed in the Milwaukee area, but is it an urgent priority in a capital plan that borrows $2 billion-plus? Is it the highest and best use of taxpayer money? Those are the questions Republicans on the commission want answered, and they believe that’s a process that takes longer than the week and a half Evers’ recommendations have been on the table.

The governor, however, insists that delays will not only be costly for taxpayers but they could impact the outside fundraising efforts tied to some of the projects.

“Not enumerating means the state can’t put out bids. Everyone wants to get this done for God’s sake,” the governor snapped.

Sen. Patrick Testin (R-Stevens Point) said it’s “unfortunate” that Republicans on the commission were put in an untenable position as the governor moves to ram through his costly building proposals. Testin ended up voting against enumerating a regional revitalization and economic development project in Wisconsin Rapids, a project he heartily supports, because it was tucked inside Evers’ massive borrowing plan.

The senator said he will continue to fight for the project in the budget process.

And the next step in the budget process is the work of the Joint Finance Committee. Regardless of the Republicans’ rejection of Evers’ capital budget, many of his recommendations will be discussed — and included — in the final biennial budget.