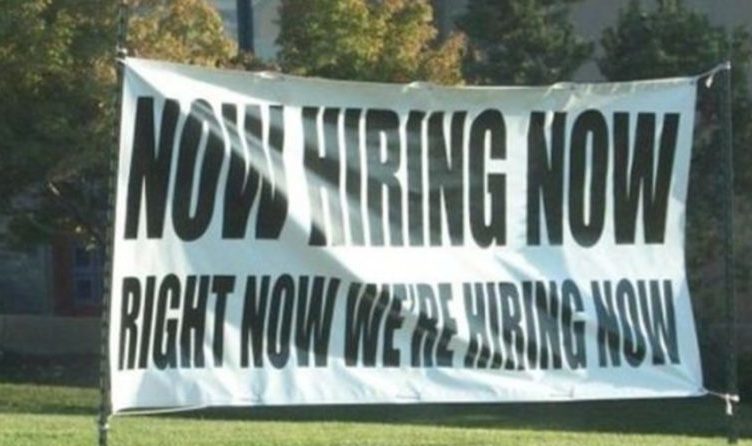 The latest Census Bureau data show an increasing number of Wisconsin households are climbing out of poverty as personal incomes rise. #wiright #wipolitics Click To Tweet

MADISON — As the economy booms and wages climb, the defenders of big government are crying poverty.

In his inaugural address last week, Democrat Gov. Tony Evers skipped over Wisconsin’s declining poverty rate and right into the left’s narrative of the swell of families suffering financially.

Expect such rhetoric to be a common theme from the liberal governor, who inherited a smoking-hot economy thanks in large part to the limited-government policies of the Republican-controlled Legislature and Evers’ predecessor, conservative Gov. Scott Walker.

“When you look at the Census Bureau data measuring poverty, it’s not even anywhere near the number that the United Way reports,” said WMC’s Scott Manley.

At an Economic Forecast Luncheon in Madison last week, Evers repeated his oft-turned claim that 870,000 families in Wisconsin struggle to afford the basics. He grabbed the statistic from the United Way’s ALICE (Asset Limited, Income Constrained, Employed) Project, the organization’s measurement of what it believes to be real financial instability beyond “misleading averages and outdated poverty calculations.”

Some 37.5 percent of Wisconsin households couldn’t afford basic needs in 2016, according to the most recent ALICE report.

Beyond the fact that the United Way, the nation’s largest charity, generates its $3.9 billion in annual revenue on the marketing of economic bad news, 870,000 households appears to be an inflated number when matched against anecdotal and empirical measurements. The United Way’s figure is equivalent to about 2.1 million residents of Wisconsin’s 5.8 million population, based on U.S. Census Bureau population demographic data.

“When you look at the Census Bureau data measuring poverty, it’s not even anywhere near the number that the United Way reports,” said Scott Manley, senior vice president of government relations for Wisconsin Manufacturers & Commerce.

While it’s true that raising a family a four at the federal poverty line of $24,600 a year is tough, the latest Census Bureau data show an increasing number of Wisconsin households are climbing out of poverty as personal incomes rise.

The reason? Wisconsin is working again, Manley and other economy trackers assert.

“We’ve had a record-breaking number of months at or below 3 percent unemployment, and we’ve seen the smallest number of continuing unemployment claims since 1973,” Manley said. “We have one of the best labor force participation rates (68.9 percent in April ) in the country. If you break out the numbers to the prime working age of 18 to 55, we’re in the top 5 in the country.”

For those able and willing to work, it’s an employee’s market in Wisconsin. As former Lt. Gov. Rebecca Kleefisch told MacIver News Service late last year Wisconsin went from historically high unemployment in the Great Recession to an era of more jobs than workers available to fill them.

“Today our biggest challenge is trying to find enough qualified people for the jobs,” she said.

“There are no workers, but there’s a huge demand. The economy has picked up, but the market is so thin, that we just can’t find them. We’ve gone to extraordinary means to find people that will actually work, including going to the local county jail and recruiting people to work from inside the jail,” Fredrich said.

Wisconsin’s private-sector wages grew on average by 5.7 percent in the first five months of 2018, according to Census Bureau data. That compares to 2.7 percent for the entire U.S.

The booming economy and the worker shortage have pushed wages up — way up, in many cases.

Wisconsin’s private-sector wages grew on average by 5.7 percent in the first five months of 2018, according to Census Bureau data. That compares to 2.7 percent for the entire U.S. Last year alone Wisconsin median household income rose more than $1,000 to about $59,300, according to the Census Bureau. The state averaged a 3.6 percent increase in earnings, compared to the national average of 2.8 percent.

Wages are up, too, because manufacturing is back in the Badger State. The critical sector, decimated in Wisconsin over a generation, is expanding and hiring again. According to the state Department of Workforce Development:

* Wisconsin ranked 5th nationally in percentage growth in the state’s manufacturing industry from July 2017 through July 2018, and 2nd in the Midwest.

“That’s important … manufacturing jobs are well-paying jobs, with wages and compensation from fringe benefits that are about 50 percent higher than average wage and benefits from other sectors in our state,” Manley said. “I think that says a lot of very positive things about our economy, and I think that has helped drive a lot of the wage growth in our state.”

Wisconsin’s economic turnaround has much to do with policies coming out of Madison over the past eight years. Walker and the Republican-controlled Legislature cut taxes by more than $8 billion, $3.56 billion of that in property tax cuts. The “taxes budget line” is one of the Household Survival Budget categories in the United Way’s study, along with the necessities of housing, food, health care, and transportation.

Taxes are a burden on households that tax-and-spend politicians don’t care to talk about much, particularly for those living above the poverty line but still struggling to make ends meet. Tax cuts in Wisconsin and at the federal level have further bolstered personal income, Manley said, because workers everywhere are keeping more of what they’ve earned.

Health care costs are a key component of the household budget, and premiums and co-pays have soared in the Obamacare era, as regulation-strapped insurers exit the marketplace.

Look for Evers to continue to push the United Way figure — 870,000 households facing financial instability — to further push the left’s big-government policies, from Medicaid expansion to a $15 minimum wage.

Manley said such policies are a good way to cool Wisconsin’s hot economy, and the gains the state has made in reducing poverty and rising wages. In short, to hurt the people big-government measures are supposed to help.

“Market forces caused wages to go up in most cases far beyond the minimum wage or what some of our friends on the left believe should be the minimum or living wage,” Manley said. “It’s much better than the federal or state government stepping in.”