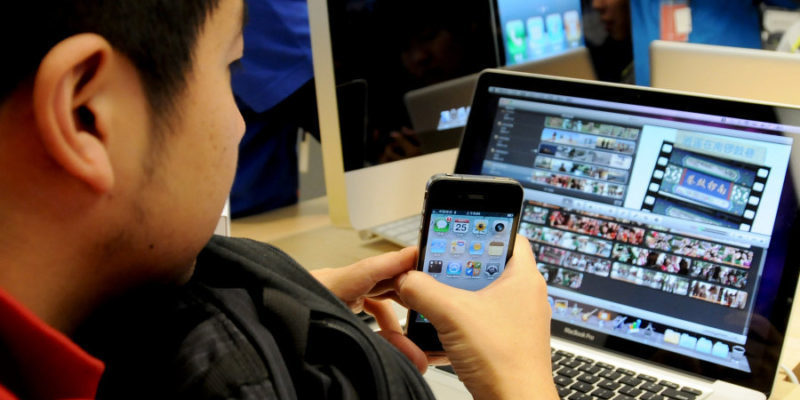 The definition of insanity is doing the same thing over and over, expecting different results. Looks like Madison is bent on insanity by continuing to push its 'broadband for all' vision despite recent failures. Click To Tweet

MADISON, Wis. – The definition of insanity, as they say, is doing something over and over again and expecting a different result.

Despite spending over $800,000 on the low income broadband initiative, Madison signed up just 19 “subscribers” before the vendor was fired.

The city of Madison and its pursuit of a broadband-for-all, Fiber to the Premises (FTTP) initiative may well fit the definition of insanity.

Even after an expensive experiment with taxpayer money on a failed pilot program to bring low-cost Internet service to four low-income neighborhoods, the city’s Digital Technology Committee seems hellbent on forging ahead with an even costlier campaign to close the so-called digital divide.

At a meeting earlier this month, the committee learned city Information Technology staff have issued a new request for proposal in search of a vendor to replace ResTech Services. The Madison private telecom provider was tapped in 2015 to lead the pilot, at a cost of more than $500,000.

Expected to reach hundreds of underserved customers through the city’s subsidized broadband-for-all initiative, ResTech was able to sign up just 19 customers. Among other problems, the city found Internet service already in these neighborhoods, served by exclusive agreements with private providers. Now, after the fallout with ResTech, city service to those customers has been cut. And Madison is now embroiled in a legal battle with ResTech, at taxpayer expense.

And still the Digital Technology Committee aims to push on with the failed experiment, even as one of its own asks an important question:

“Are we filling a need or are we just another option to existing options …?” committee member Thomas Mack asked his colleagues at the April 12 meeting.

Committee members want the city’s techies to come up with a list of “Lessons Learned” from the failed pilot program in their pursuit of a “ubiquitous” city-wide fiber network that one feasibility study estimates would cost Madison taxpayers more than $140 million. The city bureaucrats seem reluctant to include any lessons from the failed pilot project in their new report.

The plan is to have the new report, which will include some ideas on how to finance this massive project, ready for the committee’s June 14 meeting.

So why the insistent push for the taxpayer-subsidized broadband-for-all initiative?

DANEnet, working with the private sector, signed up over 600 low-income households last year, 3,000% more than the number of households the city of Madison signed up.

As committee member Mack pointed out, private companies have already stepped up to fill this need.

Alyssa Kenney, executive director of DANEnet, told the committee at this month’s meeting that Madison is one of the most digitally connected cities in the country.

An earlier survey found that about 95 percent of city respondents had some form of Internet connection, with 89 percent reporting home Internet service.

Last year, Charter Communications rolled out Spectrum Internet Assist, a low-cost, high-speed broadband service. Madison-area lawmakers and nonprofit leaders joined in the announcement, celebrating the private sector’s campaign to “remove barriers” to broadband access. Charter and other providers have much of the infrastructure already in place. Representatives from Charter and AT&T at the April 12 meeting updated the Digital Technology Commission on their low-cost options.

Still, the Digital Technology Committee recklessly pushes ahead, even as one of its members, Mack, asks questions that have already been answered.

“Is there a real problem and, if so, how are we trying to solve it? There are already providers that offer this low-cost service. Who is the population we are trying to serve? Who is already serving that population and are we serving a need?” Mack asked.