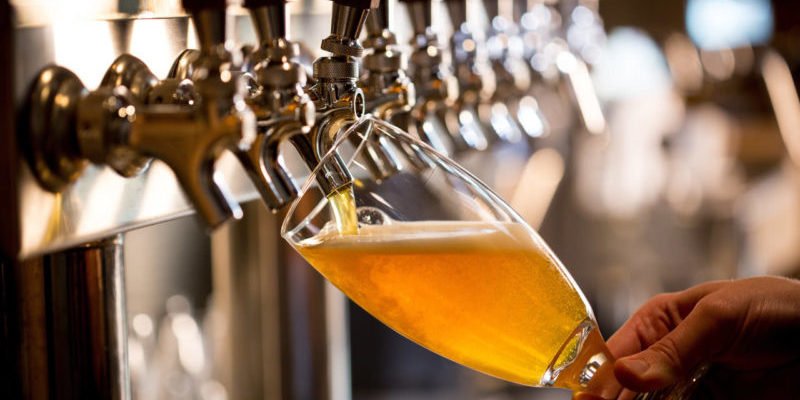 Bad Bill? “I think this is absurdly bad law in the making,” Brian Sammons, owner of Twisted Path Distillery in Milwaukee and president of the Wisconsin Distillers Guild said of the 'Alcohol Czar' bill. #wright #wipolitics Click To Tweet

In fact, the executive director of the Wisconsin Brewers Guild says small, independent brewers across the state are feeling blindsided by a bill that would create an “alcohol czar” with more power to enforce Wisconsin’s booze laws. And the breakneck speed of the bill has them even more concerned.

The Wisconsin Distillers Guild, the state’s most famous brewing company, and others are making their opposition to the bill known, even as Senate Majority Leader Scott Fitzgerald (R-Juneau) stresses the urgency for the new regulatory agency – and its additional agents – to go after lawbreakers in Wisconsin’s alcohol industry.

What has fallen apart, critics of the bill contend, is Wisconsin’s antiquated three-tier alcohol system that has choked entrepreneurialism and killed competition, to the protection of special interests and at the expense of the free market.

And contrary to what reportedly is being expressed inside Capitol small rooms, there definitely is not consensus on the need for the proposed “Office of Alcohol Beverages Enforcement,” or OABE.

“I think this is absurdly bad law in the making,” said Brian Sammons, owner of Twisted Path Distillery in Milwaukee and president of the Wisconsin Distillers Guild.

Sammons and Garthwaite said their associations were not contacted over the past several months as the bill language, according to Fitzgerald, was brewing.

But they’ve been down this road before.

The proposal is similar to “drafting instructions” pushed last summer by the state’s alcohol distributors and the Wisconsin Tavern League to tweak Wisconsin’s complicated and protectionist regulatory system of the production, distribution and sale of alcohol.

It would attach the OABE to the state Department of Revenue, which currently handles alcohol administration and enforcement. DOR would transfer its alcohol regulation duties and enforcement functions to the new agency, including “certain alcohol beverages permits,” the memo states.

DOR also would transfer its power to make warrantless arrests to the “alcohol czar.”

A director, appointed by the governor and confirmed by the Senate to a six-year term would lead the OABE. This alcohol czar would then appoint a chief legal counsel and “may appoint special agents and other employees necessary to carry out the permitting, audit, education and enforcement functions of the office,” according to the Legislative Council summary of the bill.

Department of Revenue employees working in the alcohol enforcement division would transfer to the new agency and the director could hire up to six additional staff members, according to the memo. The office would be funded from program revenue – drawn from alcohol beverage permit fees and other fees received by the OABE. The memo did not include estimated costs to launch the new office.

Garthwaite, of the Brewers Guild, doubts that the booze czar would be independent.

“The way I see it, there would end up being a bidding war between very large mega breweries, very large distribution companies and very large retailers on who will be their regulator and we (small brewers) would be the collateral damage,” he said.

But Wisconsin’s biggest brewer doesn’t care much for the proposal, either.

“MillerCoors opposes the language contained in SB 801 creating a new Office of Alcohol Enforcement housed in, but autonomous, from the Department of Revenue,” the company said in a letter sent Tuesday to members of the Legislature.

MillerCoors believes the DOR has been “effectively and efficiently” regulating alcohol in the state since Prohibition and “this change is unnecessary.”

“Creation of a new agency is a flawed solution in search of a problem that does not exist,” the letter states. “It will increase government spending and bureaucracy.”

“It’s all couched in the idea that there is an enforcement problem. Enforcement is not the problem. Chapter 125 is the problem, and it has become an unenforceable mess,” Garthwaite said.

Sammons said the contradiction built into the latest legislative campaign is glaring. An accompanying provision in the bill would give a special liquor exemption to the Kohler American Resort, distillers of a chocolate brandy.

“In one breath Sen. Fitzgerald talks about how our liquor laws are onerous and stopping Kohler from bringing business here, so they are in need of an exemption so they can run a business, but we have the exact same problem and there are no exemptions for us,” Sammons said.

A special interest provision folded into the 2011 state budget prohibits brewery proprietors from owning and operating a restaurant that sells beer, for instance. The Prohibition-era three-tiered system in general aims to keep alcohol beverage makers, wholesalers and retailers, including restaurants, bars, and liquor stores, out of each others’ businesses.

Will Glass, a Marine Corps veteran turned craft brewery owner might just be the face of Wisconsin’s restrictive system.

He and his wife nearly lost their livelihoods and their marriage (on the advice of regulators) because he owned the brewery and she owned a restaurant and bar – a cardinal sin under the state’s draconian alcohol statutes. After lengthy and absurd battles with bureaucrats, Glass had to turn over ownership of the brewery to his retired father or be forced to sell it. Read the story at MacIverInstitute.com

Eric Bott, state director of Americans for Prosperity-Wisconsin, said the liquor czar would only make a bad situation worse for entrepreneurs.

“We believe that an unanswerable bureaucratic post with powers this vast is ripe for regulatory capture and harmful to the accountability and transparency of our democratic institutions,” Bott said in a statement. AFP is urging lawmakers to kill the bill.

But the bill is moving fast.

The Senate Committee on Economic Development, Commerce and Local Government will hold a proposal at 11 a.m. Thursday on the bill, in Room 300 Southeast of the Capitol. The hearing comes just two days after the bill was introduced. It is expected to go to Executive Committee on Friday.

“Like all of these issues, we can’t just ram things through without fully understanding how it affects businesses, the ones that have to abide by these regulations,” he said. “They have to work for everyone, most importantly the consumer. I don’t think the consumer wins in any of this.”