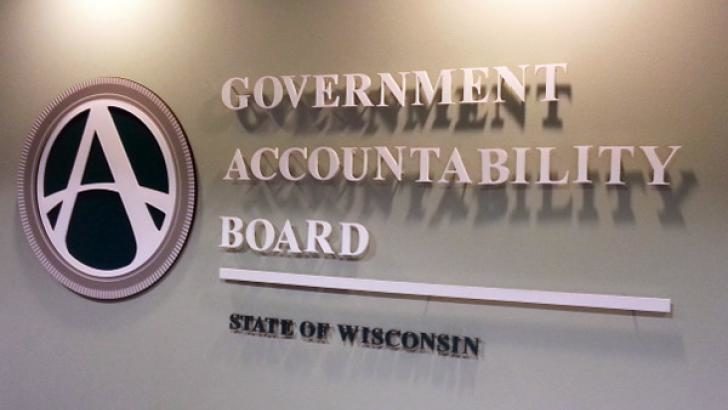 The DOJ’s year-long investigation into the illegally leaked John Doe documents to the liberal publication the Guardian found that the leaks came from the Government Accountability Board. Click To Tweet

The Ethics Commission and its predecessor, the Government Accountability Board, are at the center of the unconstitutional investigation into Gov. Scott Walker’s campaign and scores of conservatives.

Less than 24 hours’ notice was given for the meeting. None of the board members were physically present at the meeting in Madison. Brian Bell, commission administrator, led the session.

“Chair (David) Halbrooks and Vice Chair (Katie) McCallum have found that there is good cause to provide notice that is less than 24 hours,” Bell stated before the commission voted to go into closed session. 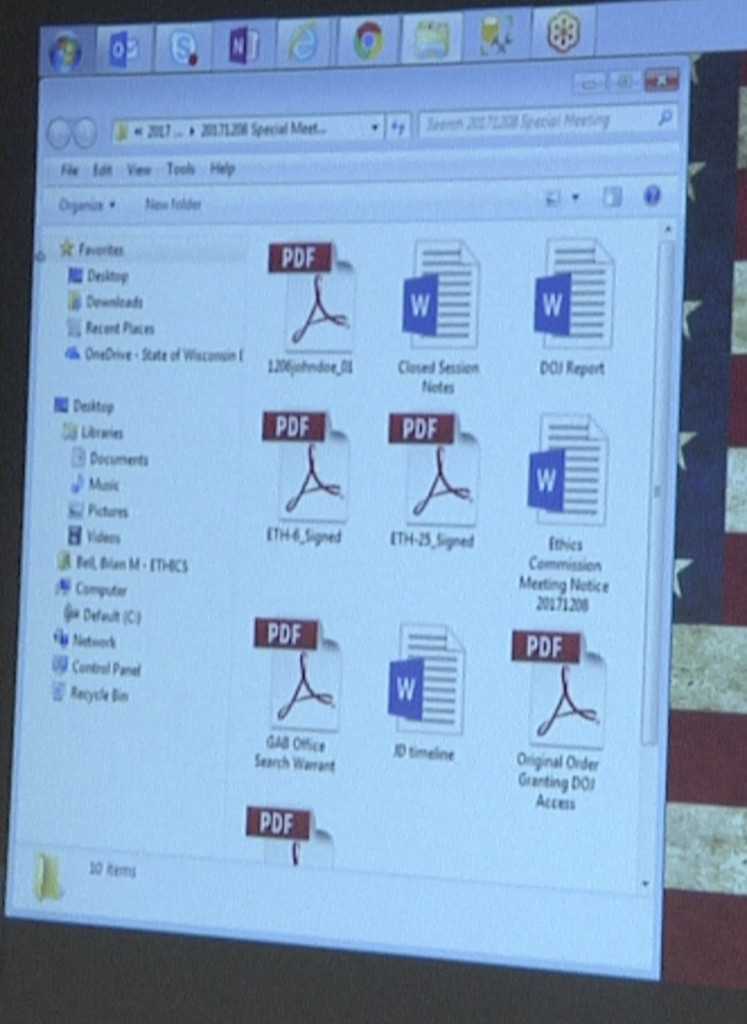 While he was organizing his notes on the overhead screen, his files were in plain sight.

The DOJ’s year-long investigation into the illegally leaked John Doe documents to the liberal publication the Guardian found that the leaks came from the Government Accountability Board. But Attorney General Brad Schimel said he could not issue charges because the GAB’s lax security of the documents and a “missing” hard drive prevented the agency from definitely determining who turned over the records.

DOJ investigators, according to the report, found GAB attorneys held onto John Doe records long after they were ordered to shut down the John Doe. Some of the documents were included in filed labeled “Opposition Research” and “Senate Opposition Research.”