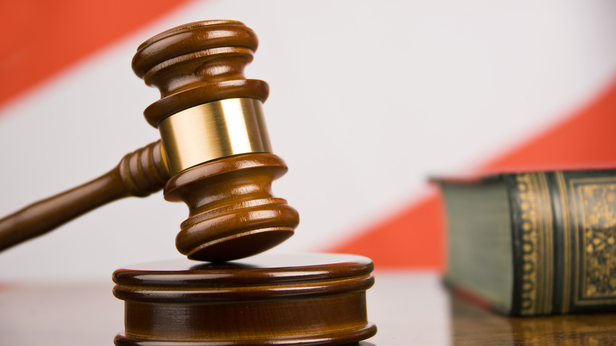 [Madison, Wis…] Sabina Burton testifies this afternoon in her own defense – and for her livelihood – before a jury of her faculty peers.

The University of Wisconsin-Platteville Criminal Justice professor who blew the whistle on allegations of misconduct by administrators faces dismissal following an administration-launched investigation into her conduct.

Today’s faculty committee hearing is scheduled to take place from 4 p.m. to 7 p.m. in Room 300 of the university’s Ullsvik Hall.

Burton originally was slated to face her accusers in May during a full-day examination of her appeal and the administration’s effort to fire the highly respected tenured professor. She asked for a postponement before that hearing after a debilitating bout of chronic stomach pain. Burton says she has had two surgeries this summer to treat ongoing complications caused by ulcers that her doctors blame on work-related stress.

At the May hearing, officials asked whether there were any objections to continuing the proceedings. The question was raised to Burton’s empty seat as she remained hospitalized with ulcers.

The chancellor, one of several administrators and faculty members named as defendants in an unsuccessful civil rights lawsuit brought by Burton, alleges the professor behaved “unprofessionally,” including “involving students into your personal concerns.” Burton disputes the charges and has provided evidence countering the claims she got her students involved in her legal battles.

Burton disputes the allegations, countering that university administration engaged in a years-long campaign of intimidation and retaliation against her after she stood up for a female student who claimed she had been sexually harassed by a male professor in the Criminal Justice Department.

An appeals court earlier this year dismissed Burton’s lawsuit against Shields and other university officials, ruling that the evidence presented did not rise to proof of retaliation. A lower court’s similar ruling, however, took Burton’s attorney to task for failing to include more demonstrative evidence of retaliation and discrimination in the lawsuit. Burton points to what she believes will be her “rigged” dismissal as the ultimate proof that the university administrators have long wanted to get rid of an outspoken, conservative professor they view as a troublemaker.

And now the same federal court judge who originally ruled in favor of the university has ruled that a due process lawsuit brought by Burton may proceed. The Equal Employment Opportunity Commission earlier issued a right-to-sue order in the case.

Burton said at least one former UW-P academic staff member will testify about how administrators attempted to isolate Burton and prohibit faculty and staff interaction with her.

“She was my mentee. She said people were harassed and intimidated not to talk to me,” Burton said.

The chancellor also hired a private investigator and sent him to question Burton at her home. That investigation eventually ended with the dismissal of claims against Burton and a university staff member. Burton provided evidence showing the allegations made against her were false.

The record of administration testimony paints a different picture, one of Burton creating a culture of fear and dysfunction in the Criminal Justice Department. A University of Wisconsin System review, however, notes the department was dysfunctional for many reasons. A faculty committee investigation into the department’s handling of the sexual harassment incident found administrators mishandled the case to the point of “slut-shaming” the female student who was assisted by Burton in reporting a male professor’s inappropriate conduct.

While Burton has her critics, scores of UW-P students have come to her defense. Some have created a Facebook page expressing outrage over the university’s treatment of the popular professor. Pioneers Against Injustice was formed to “spread awareness and gain support against the unfair treatment Dr. Burton has received from UW-Platteville after advocating for a student.”

University officials have declined to comment in recent months, asserting the dismissal process is a personnel matter.