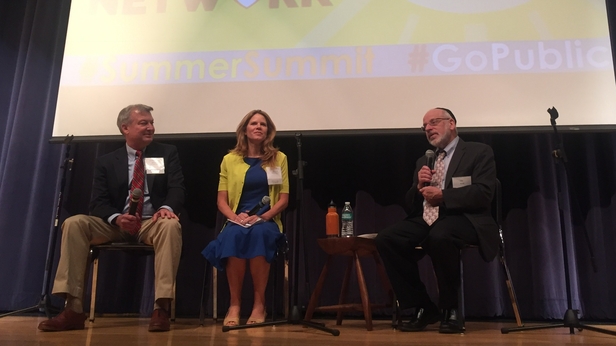 A bipartisan and bicameral group of legislators will soon be hard at work addressing the state’s “broken” public education funding formula. That’s according to Rep. Joel Kitchens (R-Sturgeon Bay) who says he’ll be co-chairing the special task force alongside Sen. Luther Olsen (R-Ripon) as soon as work on the state budget is finished.

“I think there’s a realization that the current funding formula does not work,” Kitchens said, emphasizing that the complex formula “needs to be simpler and more transparent so that the public can actually understand it.”

Discussing funding for K-12 education in the current budget, both legislators agreed that they would rather see more money go through the general school aids funding formula rather than the categorical aids that are considered outside of regular revenue limits and funding. Money sent through general school aids is also part of the “equalization aid formula,” which evens out disparities in school funding between property-rich and property-poor school districts.

Gov. Scott Walker’s budget for the Department of Public Instruction would increase per pupil categorical aid by $200 in the first year and by another $204 in the second year, with some strings attached. Currently, most schools receive $250 per pupil in that pot of money.

“When we rewrite this, I would like to get rid of a lot of that categorical aid,” Kitchens said, agreeing with Taylor. “[Superintendent] Tony Evers has his fair funding formula and I think a lot of that makes sense, as far as simplifying it, getting rid of those categorical aids, putting it actually into the funding formula where it belongs. But then that’s going to require discipline in the future with governors and legislatures to stick the money where it is supposed to go, where it’s designed to go.”

The legislators spent nearly an hour discussing education-related issues such as school choice, achievement gaps, and funding levels, but occasionally veered off to talk about current hot topics such as Foxconn.

Taylor made clear she opposes the “corporate handout” to cheers from the audience. Any mention of Foxconn by Kitchens brought boos and hisses. Pushing back against the idea that Foxconn is only coming to Wisconsin to enrich its executives and turn them “from billionaires into multi-billionaires,” as Taylor put it, Kitchens said the investment would be good for Milwaukee and its schools.

“It’s happening because we want to create jobs, particularly in southeast Wisconsin,” Kitchens said, interrupted by boos and hisses from the largely elderly crowd. “There’s going to be public bussing to get people from Milwaukee to that plant that’s built. I think that creating those jobs is really what is going to solve a lot of the problems that we have down there.”

While discussing Milwaukee schools, Taylor said the voucher program “was sold as a panacea” to fix schools, but said that the only thing vouchers have done for Milwaukee is to increase property taxes.

“The voucher program was never sold – it was created by a group of people with a wide array of ideological perspectives to empower parents, unlike those attending the event in Lake Mills,” Jim Bender, President of School Choice Wisconsin, said. “Now, the Milwaukee Parental Choice Program has higher ACT scores, higher graduation rates and higher college acceptance rates at a lower cost per student to local taxpayers. But inside the bubble of hyperbole and uniform thought, the truth plays no role.”

Kitchens admitted that he is “not the strongest advocate of expanding the statewide voucher program,” but pushed back against Taylor’s partisanship on the issue.

“As much as you would like to make this a partisan issue, when Democrats were in charge they never once tried to get rid of the voucher program. So it’s not something that’s going away, you know, vouchers are here to stay.”