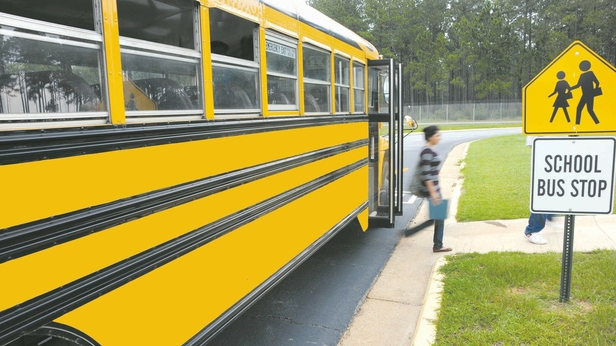 Unsatisfied with public options and above the income limit for school choice programs, outstate Wisconsinites are working hard to make ends meet

After her daughter spent a few years attending a local public school, Gina Larson knew it wasn’t the right fit. She wanted a Christian education for her kids, so the mother of two tried homeschooling.

“It was good, but at the same time it was a huge challenge,” Larson said, chuckling. “My daughter is a hardcore extrovert. She needed the social aspect of school. That’s when we decided to see if we could figure out, financially, how to get them into private school.”

The family tried to access the Wisconsin Parental Choice Program (WPCP) so that they could send their children to private school using a voucher, but discovered that their annual income was “slightly too high” to participate.

Instead, Gina went to work and helped the family tighten its belt. Today, Gina’s husband Cory works full time, while she works two part-time jobs and tries to get a small business off the ground, all while raising two children.

The Challenge
Outside of Milwaukee and Racine, Wisconsin families have access to educational choice through a few avenues: public school open enrollment, the Special Needs Scholarship Program (SNSP), or the WPCP, also known as the statewide choice program. Open enrollment allows families to transfer between public school districts, while the latter two programs provide scholarships and vouchers for students to attend private schools.

Participation in the WPCP is limited to families earning up to 185 percent of the Federal Poverty Level (FPL). That amounts to a maximum annual income of $44,955 for a family of four in the 2017-18 school year. If a family of four makes $45,000 in a year, they’re officially too rich to qualify for the voucher, which is worth $7,969 for high school students or $7,323 for K-8 pupils.

Down in Milwaukee and Racine, however, families who earn up to 300 percent of the FPL – $72,900 annually for a family of four – can participate in the choice programs in those cities. That’s 62 percent more than the upper limit for participation in the statewide program. The inequity is causing some outstate families to make tough choices.

The challenge, then, becomes choosing between keeping the kids in public school or finding the money to afford a private education. Angela Snider, a mother of two with children at Valley Christian School in Osceola, said her family is happy with their decision to go to private school, but it hasn’t been easy.

“Our struggle is that it costs so much money that sometimes, I feel like I have to choose, ‘which child am I going to send?'” said Snider, who also serves on the school board at Valley Christian. “We’re talking over $8,000 [in annual tuition]. That’s a big chunk of money for us to send our kids to school.”

Under Gov. Scott Walker’s 2017-19 budget proposal, no significant changes are made to the state’s school choice programs. The same is true for the Assembly Republican K-12 plan, which focuses instead on districts whose revenue limits are capped at $9,200 per student.

The only recent progress on school choice came from Senate Bill 293, a consensus bill negotiated by choice groups and the Department of Public Instruction. Both the Senate and Assembly have passed the bill, which strengthens accountability for choice schools and eliminates inefficient regulations in the programs. Walker has not yet signed the bill into law.

Back in February, Senate Majority Leader Scott Fitzgerald (R-Juneau) said that he would support increasing access to choice in the budget, but no substantive plans have been released. In an interview with the Wisconsin State Journal, a spokeswoman for Assembly Speaker Robin Vos (R-Rochester) said that Vos would support increasing the statewide income limits to reach parity with Milwaukee and Racine.

“We just felt that that was too high of an income to have taxpayers to be paying for options for vouchers,” Darling said. “We felt at 300 percent (of the federal poverty level), there are a lot of people who are not considered low-income.”

But for families struggling to afford private education, it’s not that simple.

Snider said her family drastically cut back on spending to find the money for private school. “We have a very strict, strict budget. We don’t have cable TV or anything. We cut out all those things and we even have a budget for food that we make – that we struggle to make – so that we can send our kids to Valley Christian School.”

That’s a shared reality for families close to the income cutoff across the state. A family of four with average expenses and a combined salary of less than $72,000 would have disposable income of just $5,800 for the year, according to one recent estimate compiled by the American Federation for Children.

Both women agreed the financial challenge was worth the opportunity to send their kids to private school, though they each fight back against perceptions about private schools in their own way.

“There’s kind of this stigma on private education that the people that go have tons of money and that it’s just this elitist group of people,” Larson said. “The school that my kids go to is filled with families that are bending over backwards to provide the finances to send them to private school because of their beliefs, because of their values.”

The Inequity
Asked about the barriers to the choice program, Larson said she knows many families who are technically “too rich” to qualify for choice, but are far from affording private education on their own.

“You’re talking about $7,000 [in] extra income, that’s a significant amount in anybody’s income, really,” Larson said. “There’s so many families I know that would like that opportunity but can’t afford it and don’t fall underneath that percentage limit. My brother’s in that same range that we are, where it’s like, ok – you bite the bullet and make sacrifices to make up for that several thousand dollar expense, or you continue in public education.”

Larson emphasized her belief that the public schools in her area are good schools, but that they simply weren’t a good fit for the family. Regardless, her family duly pays their taxes and sends plenty of money to an educational system they aren’t using.

“I wish that everybody could choose where to send their kids to school, regardless of whether they’re underneath a certain income or not,” Larson said. “Personally, I would just like to see that percentage just done away with entirely because it doesn’t make any sense to me.”

Snider agreed with the sentiment, calling for wider access to educational choice across the state.

“I think it should be everybody’s choice where they want to take their kids. I don’t think that the government should just say, ‘No, you have to go here,'” Snider said. “It should be every parent’s choice.”