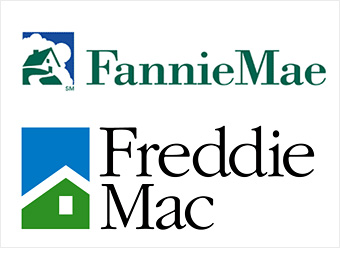 After taxpayers spent $187 BILLION, that’s billion with a “b”, for bail out, trade group reminds Congress it is finally time to fix Fannie Mae and Freddie Mac

Words can mean different things in Washington, D.C. than they do here in Wisconsin. For example, “temporary” in the Badger State implies a short duration of time. The temporary tags that came on my new car were good for 30 days. I went straight to the DMV for permanent ones.

With the federal government, it’s a different story. The so-called temporary takeover of our nation’s two primary home-loan guarantors has now stretched into its ninth year. And there is little sign of impending change.

That’s a problem. Taxpayers already spent $187 billion to bail out these private entities, known by their colloquial names Fannie Mae and Freddie Mac. And we’re just one downturn away from being on the hook for up to $250 billion more.

And while these government sponsored enterprises are behaving safely today –not inviting another financial meltdown–the system isn’t serving our local housing market the way it should.

Like much of the country, Wisconsin is seeing housing prices hit an all-time high and affordable housing stock dwindle. First-time and modest-income Wisconsinites are having trouble buying in, and rentals at reasonable prices are getting hard to find.

We need to support homeownership and construction of affordable rentals in a safe and sustainable manner. Fortunately, the Mortgage Bankers Association has stepped up with detailed recommendations to unleash the credit required.

Their plan lays out how to transform a two-company government-sanctioned monopoly into a more stable and competitive free market. Key to success will be permanently ending the corporate cronyism that allowed Fannie Mae and Freddie Mac to gain market share by offering incentivized deals to certain large market players.

In place of this tilted and dangerous system, the U.S. must structure a level playing field that will bring new, private entities into the business of buying, repackaging, and reselling affordable-housing mortgages.

This will inject significant domestic and global capital and empower independent mortgage banks, community banks, credit unions and co-ops to offer more loans to Americans with modest incomes, as well as to protect the standard 30-year, fixed-rate mortgage. These new institutions will also be able to support the market for developing more rental units for middle and working class people.

The market must be designed to entice conservative, dividend-seeking investors – not those attracted by high-wire financial antics. For that, the MBA plan looks to utilities and similar sectors, which have uneventfully engaged private investment in public services for decades.

Finally, the U.S. can draw on the lessons of the Federal Deposit Insurance Corporation, which backs Americans’ savings and checking accounts. Financial institutions pay for the insurance, and it instills consumer confidence.

When applied to the Fannie Mae/Freddie Mac successors, the FDIC model makes sense. Investors can absorb their own losses, but in the case of a Black Swan event, taxpayers and global stability will be protected through this insurance fund.

It’s fair to say that there are dozens of urgent issues before Congress, and Speaker Paul Ryan cannot simultaneously architect solutions for everyone. With this solid plan to build on, however, he and his colleagues, like Congressman Duffy, who chairs the subcommittee in the U.S. House that oversees Fannie and Freddie, can feel confident in crafting legislation that will lessen the taxpayer risk associated with the government’s role in the housing market.

This must be done without delay. Unity in Washington, a supportive and savvy Treasury Secretary, and increasing citizen pressure for action don’t come around every day. Plus, finishing this last bit of repair from the 2008 crisis would be a big win – for Congress and for average Americans who need a roof over their heads.

Posted with the permission of the Wisconsin Mortgage Bankers Association Board of Directors.