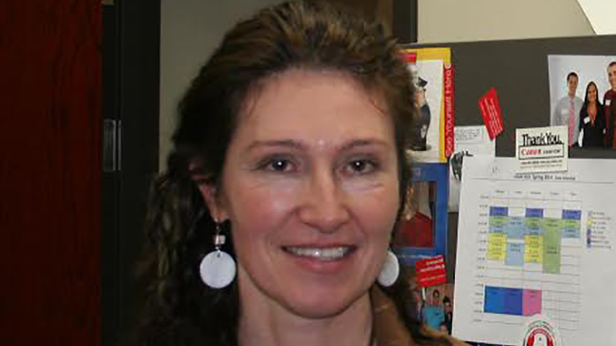 [Madison, Wis…] – The University of Wisconsin-Platteville professor who blew the whistle on allegations of misconduct, including retaliation, must make the arguments of her life today in order to save her job.

Associate Criminal Justice Professor Sabina Burton’s appeals hearing is scheduled to begin at 9 a.m. and continue Friday. Today’s hearing is expected to be a full-day examination of Burton’s appeal and the university effort to fire the tenured and highly respected professor. The faculty panel will “proceed until the conclusion of the taking of all evidence and argument.”

Burton said she has lost any hope of justice, and expects the hearing to be nothing more than an administration-influenced “kangaroo court.” She said her health has rapidly deteriorated due to the stress surrounding her case.

“I am hitting a new low point these days. I don’t feel there is any trustworthy person out there anymore,” Burton wrote in an email. “I wrote to all the Regents and none replied. None of them care.”

“I don’t have hopes of this ending well. It would be so easy to win in a fair hearing but nobody even seems to hear me,” the embattled professor said.

Burton alleges the university scheduled the appeals hearing after the end of the spring semester so that the students and faculty who have supported her would not be present.

A University of Wisconsin System official said the schedule more than likely was set to accommodate Burton’s faculty peers, who, until recently, were dealing with final exams, commencement and other end-of-term demands.

“… I find the evidence supports dismissing you for cause from your tenured positions,” Shields wrote.

The chancellor, one of several administrators and faculty members named as defendants in an unsuccessful civil rights lawsuit brought by Burton, alleges the professor behaved “unprofessionally,” including “involving students into your personal concerns.” Burton disputes the charges and has provided evidence countering the claims she got her students involved in her legal battles. As Wisconsin Watchdog originally reported in its series, “Troubled Campus,” court depositions and other communications also show administrators making conflicting statements about her case.

Burton counters university administration engaged in a years-long campaign of intimidation and retaliation against her after she stood up for a female student who claimed she had been sexually harassed by a male professor in the Criminal Justice Department.

An appeals court earlier this year dismissed Burton’s lawsuit against Shields and other university officials, ruling that the evidence presented did not rise to proof of retaliation. A lower court’s similar ruling, however, took Burton’s attorney to task for failing to include more demonstrative evidence of retaliation and discrimination in the lawsuit. Burton points to her looming dismissal as the ultimate proof that the university administrators have long wanted to get rid of an outspoken, conservative professor they view as a troublemaker.

While Burton has her critics, scores of UW-P students have come to her defense. Some have created a Facebook page expressing outrage over the university’s treatment of the popular professor. Pioneers Against Injustice was formed to “spread awareness and gain support against the unfair treatment Dr. Burton has received from UW-Platteville after advocating for a student.”

University officials have declined to comment in recent months, asserting the dismissal process is a personnel matter.