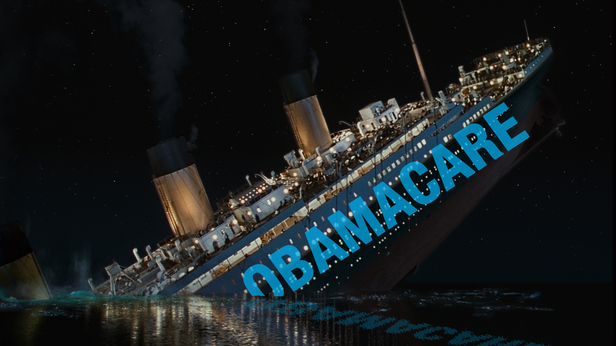 So, the House GOP’s attempt to repeal and replace Obamacare was unsuccessful. After months of political theater and seven years of opposition to the disastrous healthcare law, their American Health Care Act (AHCA) failed to garner enough votes from the far right and moderate wings of the Republican party to pass with the needed 216 votes.

Lost in all the drama and theatrics, however, is the big picture: Americans are suffering under Obamacare and will continue to suffer “for the foreseeable future,” as Speaker Paul Ryan lamented in a press conference after it became clear AHCA did not have enough votes to get through the House.

Congressional Republicans, President Trump, the House Freedom Caucus – all will come away with political wounds. But the tarnished image and lost political capital that the failure to pass AHCA will inflict on Washington politicians pales in comparison to the actual harm that Obamacare will continue to inflict on average Americans just trying to stay afloat.

One thing is certain: Obamacare is still an unmitigated disaster. Premiums are still spiraling out of control. Sky-high deductibles still make Obamacare insurance plans practically useless. And competition and choice are still on the decline.

In 2017, the average premium increase on the individual market in Wisconsin was 16 percent. In fact, one plan in western Wisconsin costs $51,000 per year in premiums for a couple unfortunate enough to be in their 50s with three children.

Sure, Obamacare subsidizes premiums for those at the lower end of the income scale. But if you happen to occupy the vast swath of America known as the middle class, you’re likely on the hook for the full bill – plus deductibles.

While proponents of Obamacare like to point to premium subsidies for the poor, they leave out a key concern that Americans grapple with: sky-high deductibles. For a top-tier platinum plan in Wisconsin the average deductible is $900 for a family and $450 for an individual.

Economics 101 teaches that robust competition drives down prices. Giving consumers a choice is also a matter of basic fairness.

However, proponents of Obamacare continue their efforts to prop up the law with scare tactics aimed at vulnerable populations.

The group also claims out-of-pocket costs would increase, but fail to mention that the AHCA would’ve expanded health savings accounts (HSAs), tax-free accounts from which health expenses can be paid. Healthcare tax credits under the AHCA would’ve gone into HSAs – which an individual would then use to pay for out-of-pocket costs like deductibles. HSAs coupled with the AHCA’s tax credits would have made insurance portable from job to job and accessible to the self-employed and independent contractors.

Obamacare actually put a cap on how much pre-tax money individuals could contribute to an HSA, compounding the problem of the law’s astronomical deductibles. What good is having insurance – even if it’s provided for free at taxpayer expense – if you can’t afford to use it? Why have insurance when the deductible alone will bankrupt you? Perhaps that’s why some Wisconsin hospitals started waiving out-of-pocket fees for lower income patients last year to stem the tide of increasing ER visits by Obamacare recipients.

Let’s also not forget that Obamacare activists like CAW have constantly pushed Wisconsin to follow in the footsteps of Minnesota, which gave Obamacare a big hug, and is now paying the price. The Minnesota Mistake was brought into focus last year when the state was forced to shovel more than $300 million – in one year alone – into a rescue plan to help middle class Minnesotans absorb a 60 percent Obamacare premium increase. Minnesota practically begged insurers to stay in their market to stave off a complete collapse of the market.

The giant folly of the healthcare debate is that prognosticators like CAW and Obama himself constantly conflate health insurance coverage with actual health care. Conservative health reform, of which the AHCA was supposed to be just the first of several phases – introduces market forces into healthcare. When there’s price transparency, someone seeking care is actually able to shop around for better prices.

A healthcare system where providers actually compete over price conscious customers would have the same effect as any other competitive marketplace – rapid innovation, increased efficiency, and reduced costs. As Speaker Ryan points out, that very phenomenon is demonstrable in the cost of elective LASIK eye surgery, the price of which has actually dropped over the past 15 or so years – as has the price of flat screen TVs, smartphones, and anything else sold in an actual free market.

The GOP’s failure to pass AHCA is a setback. But, it is not a political setback like all the talking heads want you to believe. It is a setback because the death spiral that is Obamacare continues unabated and the American people continue to suffer because President Obama lied to them. If you like your health insurance, you will be able to keep it, and the ACA will bend the cost curve. Obama’s lies live on.

But it’s important for lawmakers to keep their eye on what’s important – Obamacare is a disastrous big government boondoggle that will cost taxpayers a trillion dollars in new taxes and threatens to collapse entire individual insurance markets.

As President Trump said on Friday after the AHCA was pulled, Obamacare will inevitably “explode.” But lawmakers can’t wait around for that to happen and then try to blame the Democrats. A solution that can pass the House and Senate and be signed by the president must be found.