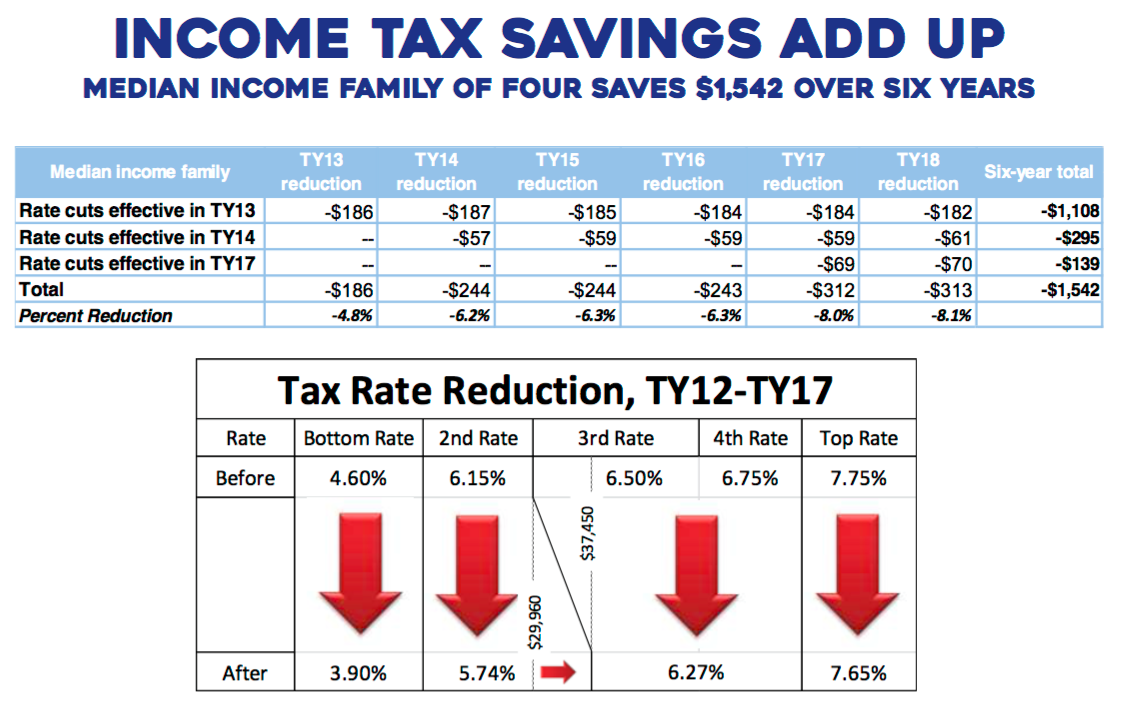 After spending weeks rolling out aspects of his 2017-19 budget proposal, Governor Scott Walker delivered his budget address Wednesday afternoon in front of a joint session of the state legislature.

Walker said his budget, which increases spending on K-12 and higher education while cutting taxes, is possible because of the “Reform Dividend,” the result of years of reforms and prudent fiscal management. Walker’s budget includes large investments in K-12 and higher education, cuts taxes by nearly $600 million, and includes a variety of new welfare reform measures as part of a plan he calls “Wisconsin Works for Everyone.”

Here are a few key graphics Walker included with the budget rollout this week: