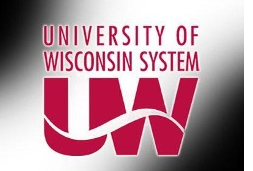 Should serve as a reminder – taxpayers deserve an independent, comprehensive audit of UW System

[Madison, Wisc…] Recently revealed allegations of the misuse of public funds by the former chancellor and vice chancellor at UW-Oshkosh should have taxpayers and legislators outraged – and demanding a long-overdue independent audit of the entire UW System.

“Taxpayers should be outraged that their hard-earned dollars were allegedly used illegally as a financial guarantee for building projects and that university officials transferred university funds to pay for private projects.”

“It is even more troubling that these sorts of shenanigans keep happening at the UW. If the UW cannot prevent financial abuses like this from happening, taxpayers need greater protection. When the UW was caught with a billion dollars in surplus funds in 2013, the Legislature passed a requirement that the UW undergo an independent audit to ensure that the taxpayers’ money was being spent properly.”

“UW officials claimed at the time that an audit was unnecessary and wasteful. Clearly, the Oshkosh scandal shows that they were wrong.”

“It is time to protect the taxpayer. It is time for an independent and comprehensive audit of the UW System and all affiliates of the UW.”

Healy concluded: “How can the public be assured that their hard-earned tax dollars are being used properly? Without a comprehensive, independent audit, the answer is simple – they cannot.”