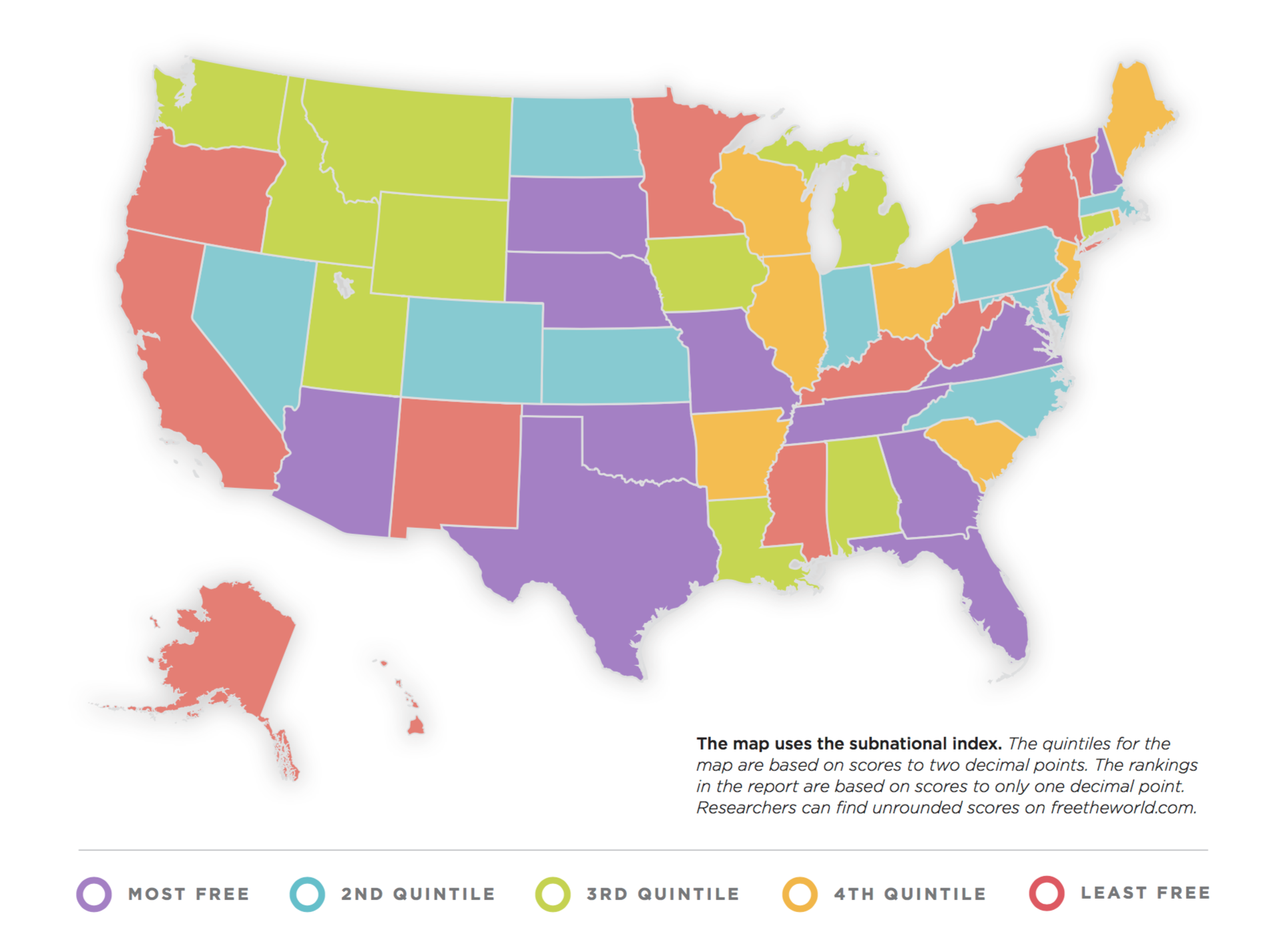 TORONTO–New Hampshire has the highest level of economic freedom among all U.S. states for the second year in a row, while Wisconsin is tied for 32nd place, finds a new report released Tuesday by the Fraser Institute, an independent, non-partisan Canadian public policy think-tank.

The Live Free or Die state scored 8.3 out of 10 in this year’s report, which measures government spending, taxation and labor market restrictions using data from 2014, the most recent year of available data.

Among the four largest states, Florida was 2nd and Texas tied for 3rd. For the second year in a row New York was 50th and California was 49th.

“Americans have been voting with their feet against the ‘big government’ approach of New York and California. Florida and Texas have experienced more than two-and-a-half times faster population growth in recent years, and they’re among the freest states in the country,” said Dean Stansel, economics professor at Southern Methodist University and co-author of this year’s Economic Freedom of North America 2016.

Rounding out the top five are South Dakota (tied for 3rd) and Tennessee. Alaska, New Mexico and Hawaii rounded out the bottom five least free states. North Carolina vaulted up the rankings from 25th to 13th after a large income tax cut.

The report also has an all-government ranking system, which adds federal government policy and includes the 50 U.S. states, 32 Mexican states and 10 Canadian provinces.

“The link between economic freedom and prosperity is clear–people who live in states that support low taxation, limited government and flexible labor markets have higher living standards and greater economic opportunity,” said Fred McMahon, the Dr. Michael A. Walker Research Chair in Economic Freedom at the Fraser Institute and report co-author.

Detailed tables for each country and subnational jurisdiction can be found at www.fraserinstitute.org.