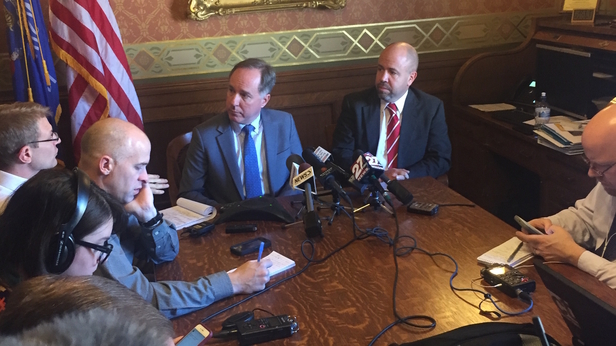 [Madison, Wis…] Wisconsin’s Assembly leaders are optimistic about advancing conservative reforms after voters expanded Republicans’ legislative majorities in the state, re-elected Sen. Ron Johnson, and chose a Republican at the presidential level for the first time since 1984 in Tuesday’s elections.

Speaker Robin Vos (R-Rochester) and Majority Leader Jim Steineke (R-Kaukana) reflected on the elections and spoke about their policy objectives in the upcoming session at a news conference Wednesday. Among their priorities are advancing the Assembly GOP’s Wisconsin Forward agenda and solidifying a transportation package that includes prevailing wage and minimum markup repeal. They also expressed their hope for reforms at the federal level with a Republican-controlled Congress and White House.

Watch the MacIver Institute’s live stream of the news conference below: