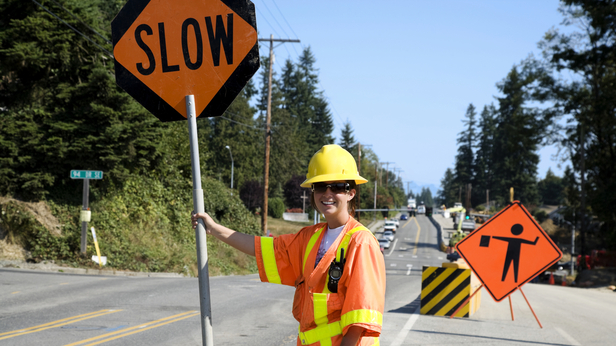 This story will continue to be updated throughout the day as reactions roll in.

[Madison, Wis…] Local governments will receive a dramatic increase in state transportation aid in the coming budget, according to the Department of Transportation’s (DOT) 2017-19 budget request. Funding for local governments is expected to be higher than 2011 levels, but certain projects in southeast Wisconsin will be delayed. After a long summer of speculation on the issue, there will be no gas tax or registration fee increases.

In total, the budget request proposes spending $1.7 billion on state highway rehabilitation over the next two-year budget, the largest total ever. New bonding levels are $500 million over the biennium, the lowest amount since the 2001-03 budget and a dramatic 41 percent decrease from the previous budget, which bonded $850 million for transportation projects.

Local governments overall would receive a $65 million total increase in state transportation aids under the DOT’s budget proposal. That’s a 7 percent increase, the largest increase since 2000.

The local bridge improvement fund would also see a $5 million increase, 30 percent more than current levels and the largest increase since 1998.

Major state transportation projects would receive a total of $562.7 million over the biennium, down from $685.8 million in the last budget. The expansion of Interstate 39/90 from the Illinois state line to Madison would receive $380 million, and the Highway 10/441 Fox Valley project will receive $136 million. This $516 million in funding would keep both projects on schedule.

Gottlieb’s proposal decreases funding for so-called “Mega projects” from $414.6 million in the last budget to $122 million in the next biennium. This funding would finish the Zoo Interchange core at a cost of $91 million and the related I-94 east/west reconstruction at a cost of $31 million. However, the north leg of the Zoo project will be delayed by 2 years.

The proposal does not include funding for widening the I-94 north/south corridor through Racine County to four lanes in each direction.

Sen. Van Wanggaard (R-Racine) sent out a press release condemning the delay on that project.

Since the start of his tenure, the Governor has invested $1.5 billion on so-called mega projects.

Reactions from legislators and other stakeholders have begun to roll in on Twitter and through other outlets. Majority Leader Jim Steineke (R-Kaukauna), who has been vocal on transportation issues, expressed his disapproval of the delay of certain projects, citing increasing construction costs down the line.

If we delay DOT projects by 2 years, where does the money to move forward with them come from at that time? #wiright https://t.co/FYgYZ2t1S4

How much will it cost the taxpayers in increased costs due to construction inflation by delaying 2 years? #wiright https://t.co/FYgYZ2t1S4

Rep. Amy Loudenbeck (R-Clinton) praised the budget proposal’s inclusion of full funding for the I-39/90 expansion from the Illinois state line to Madison.

Sen. Duey Stroebel (R-Cedarburg) praised Walker for his leadership in opposing tax increases. “Governor Walker is showing true conservative leadership by proposing a budget that spends within our means. As Republicans we campaign on balancing budgets without raising taxes. Governor Walker has put out a proposal to keep that promise while focusing on a mix of road expansion and routine maintenance on existing infrastructure,” he said in a statement.

Walker compared the prioritization of transportation funding – including reduced funding for mega projects and the delay of the Verona Road project – to the kind of prioritization a homeowner must do when considering home improvements:

Might "cost less" to do 5 remodeling projs on home at once but you only do them as can afford them. Same with DOT. pic.twitter.com/gDhGfyDzqZ

Stroebel echoed Walker’s comparison. “I agree with the Governor: families cannot do more upgrades on their house than they can afford. I will continue to challenge the WisDOT to squeeze more efficiencies out of our current budget.”

Rep. Mary Czaja (R-Irma) spoke with MNS about the focus on rural roads in the budget, saying that she was very pleased with the focus of the proposal.

Holding The Line on Taxes

In a radio interview with 1130 WISN’s Mark Belling on Wednesday, Gov. Walker said that keeping his commitment not to raise taxes is a cornerstone of the proposal.

“If I tell voters I’m going to do something, I don’t change with the wind,” Walker said. “I made it very clear. I’m not raising gas taxes or vehicle registration fees in any circumstances other than if we can lower taxes even greater somewhere else.” Walker reiterated his commitment not to raise taxes at a press conference overlooking the I-39/90 project on Thursday morning:

The new request from DOT Secretary Mark Gottlieb is a major departure from the last budget, when he requested more than $750 million in tax and fee increases and $1.36 billion in additional spending. All told, the 2014 request amounted to a 22 percent increase over the prior budget’s funding levels, with the gas tax alone increasing by 16 percent.

Ultimately, Walker declined to include Gottlieb’s massive tax increases in his budget proposal and in the final budget. That budget held the line on taxes, marking the third budget signed by Walker that did not raise any taxes.

In June, Walker published an open letter to Gottlieb in which he directed the Secretary to submit a complete request by September 15 rather than in November. Walker stressed that Wisconsinites remain overtaxed, and that raising the gas tax or fees without a corresponding reduction in taxes elsewhere is “not an option.”

In that letter, Walker also directed Gottlieb to “identify efficiency savings within the agency, including the implementation of less costly design practices” and told him to prioritize local road aids and highway maintenance rather than mega projects in Southeast Wisconsin.

Gottlieb’s budget request satisfies the Governor’s desire to hold the line on taxes. Of course, the budget must still be passed in the Assembly and the Senate, where transportation funding may be an issue. Assembly Speaker Robin Vos (R-Rochester) and Steineke, among others, have been vocal in their belief that all options, including a gas tax increase, should be on the table. In the Senate, Majority Leader Scott Fitzgerald (R-Juneau) has called a gas tax increase “a nonstarter.”

In a press conference last week unveiling their agenda for the coming session, Vos, Steineke, and other Assembly Republicans stressed the importance of keeping all options on the table but that identifying inefficiencies within DOT should take first priority.

“The biggest thing Wisconsin Assembly Republicans are going to be working in the next session is coming up with a long term solution for our transportation funding,” Steineke said in a video clip at the press conference. “The first thing that we’re going to look at is reforming as much as we can to save money on the front end but at the end of the day we have to keep all solutions on the table to make sure we are able to provide a safe and reliable infrastructure.”

Assembly Republican leaders including Vos, Steineke, Rep. John Nygren (R-Marinette) and Assistant Majority Leader Dan Knodl (R-Germantown) signaled that the matter is far from settled in a statement issued Thursday afternoon criticizing the DOT proposal as a “political solution, not a real solution.”

Given the contentious nature of transportation funding in the last budget, stakeholders from all around the state will now try to convince Wisconsinites that our roads and infrastructures are in such desperate need of repair that a significant gas tax is absolutely necessary.

Gov. Walker’s official rebuttal will come early next year, when he submits his own budget proposal to the legislature for consideration.