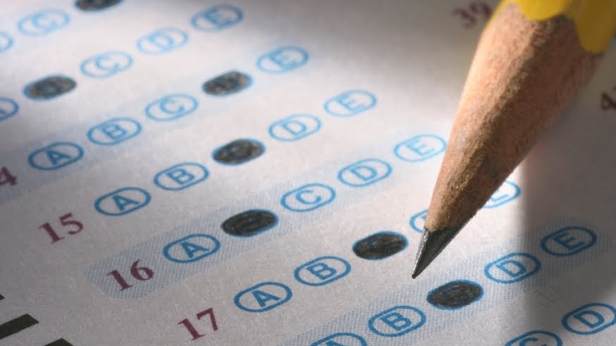 First Year All Wisconsin Students Tested, Average Score Is 20.5, Down From 22.2

[Madison, Wis…] Wisconsin students in 2016 achieved an average score of 20.5 on the ACT exam, dropping dramatically from the 2015 average of 22.2, according to results released early Wednesday. The top score on the ACT test is a 36. Wisconsin’s average score dropped below the national average of 20.8.

While some Wisconsin students have taken the ACT test for many years, this was the first year that all public high school juniors took the exam. This release is not an examination of those scores, but rather of the entire class of 2016, most of whom took the exam as juniors, but many of whom may have taken the exam multiple times.

“The drop was certainly anticipated. The ACT is designed to reflect college readiness, and was taken in the past by students who were planning to go to college,” said Rep. Jeremy Thiesfeldt (R-Fond du Lac), chairman of the Assembly Committee on Education.

“If you’re going to add people to the mix who never intended to go to college, they may lack some motivation when taking the test. They know it’s a college readiness exam,” Thiesfeldt said.

Sen. Alberta Darling (R-River Hills), co-chair of the Joint Committee on Finance, discussed the importance of having all students taking the exam.

“Wisconsin made the important decision to have all students take the ACT exam,” Darling said. “The ACT exam is more than just a number, it gives students an opportunity to think about their future and what their options really are. Having all students take the ACT will give parents, teachers, employers and lawmakers a snapshot of how our students are performing and where we can improve. This information is crucial to better prepare students for their futures.”

Sen. Luther Olsen (R-Ripon), chairman of the Senate Committee on Education, said testing all students using the ACT is important because the test has more value than previous standardized tests.

“The feds say we have to give a test to everyone in high school. The decision was made to use the ACT because at least it would have real value,” he said.

“The ACT gives us a better picture of what’s happening in education,” while previous tests didn’t benefit students nearly as much as the ACT, Olsen said.

There’s a lot of students who are taking remedial classes at a technical college. “We need our kids to be prepared,” Olsen said.

State Superintendent Tony Evers did not comment on the specifics of the score, but also focused on the importance of all Wisconsin students taking the exam.

“By administering the ACT as part of our statewide testing program, we are assessing for college and career readiness,” Evers said. “That’s a high bar, but it’s what employers and postsecondary schools tell us is required for high school graduates to be successful. These results represent achievement for all students, not just those headed to college who took the ACT in prior years.”

According to ACT, overall achievement levels dropped nationwide. ACT believes that the fact that 2016 saw “a significant increase in the percentage of students tested” was the reason for this decline. Seven states, including Wisconsin, recently required all students to take the ACT exam.

Statewide examination of Wisconsin students has widely debated in recent years and has become a source of tension in the legislature. The test used in the state has changed several times in the last few years. The Wisconsin Knowledge and Concepts Exam (WKCE) was replaced by the Badger Exam in the 2014-15 school year. The WKCE was replaced by the Wisconsin Forward Exam in the 2015-16 school year. Since students have been tested on three different exams in three consecutive years, comparisons to prior years have become difficult to make. The ACT Aspire Exam, which tests younger high schoolers, was also introduced in the 2014-15 school year.

MNS will post reaction to the test scores throughout the day.