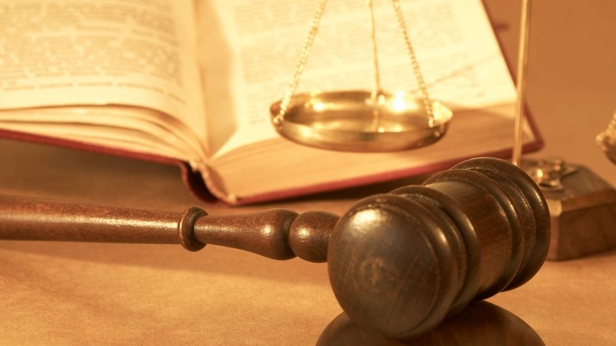 This piece originally appeared on Watchdog and has been reprinted here with the permission of the author.

“Four years ago, they began secretly seizing thousands of private email, phone, bank and tax records from dozens of citizens because of our ideology. Nearly three years ago, they raided our homes in the dark over speech and threatened us with jail time if we spoke out about the abuse,” said Deborah Jordahl, one of the conservatives targeted in the probe.

“And despite multiple court rulings in our favor, partisan prosecutors continue their taxpayer-funded abuse of power because the people in a position to stop them have failed to do so at every turn,” Jordahl added.

Saturday marks the one-year anniversary of the day the high court, in a 4-2 decision, ordered an end to the years-long political investigation.

“It is utterly clear that the special prosecutor has employed theories of law that do not exist in order to investigate citizens who were wholly innocent of any wrongdoing,” Justice Michael Gableman wrote in the opinion. “In other words, the special prosecutor was the instigator of a ‘perfect storm’ of wrongs.”

Gableman referred to Francis Schmitz, the state Government Accountability Board investigator hand-picked by the agency to be point man of the abusive dragnet.

Mostly, the former federal prosecutor was a stooge for Milwaukee County District Attorney John Chisholm, the highly partisan Democrat’s assistants, and the partisan “nonpartisan” brain trust at the GAB.

Multiple courts, including the John Doe judge, had rejected the investigators’ theory that issue advocacy, mostly unregulated political speech, can magically transform into express advocacy, highly regulated speech. The allegation was that, based on this legal theory, 29 conservative groups illegally coordinated with Republican Gov. Scott Walker’s campaign amid the bitter partisan recall campaigns of 2011 and 2012.

The Supreme Court’s conservative majority took aim at said theory while praising the citizens who stood up to overly aggressive prosecutors.

“It is fortunate, indeed, for every other citizen of this great State who is interested in the protection of fundamental liberties that the special prosecutor chose as his targets innocent citizens who had both the will and the means to fight the unlimited resources of an unjust prosecution,” Gableman wrote. “Further, these brave individuals played a crucial role in presenting this court with an opportunity to re-endorse its commitment to upholding the fundamental right of each and every citizen to engage in lawful political activity and to do so free from the fear of the tyrannical retribution of arbitrary or capricious governmental prosecution.”

The constitutional battle came at an enormous price for the people forced to fight it.

Beyond the millions of dollars the targets spent on litigation to defend themselves, there was the inestimable cost to their reputations and names damaged, dragged through the court of public opinion. They contend that was the intent of politically motivated prosecutors bent on stopping Walker and his limited-government reforms.

Jordahl and several other targets had their homes and offices invaded in coordinated predawn raids.

Jordahl, a political consultant who, along with business partner R.J. Johnson have worked on Walker’s campaigns, has described the helplessness she and her family felt on the morning of Oct. 3, 2013.

Armed law enforcement officers, led by Milwaukee County District Attorney investigator Anna Linden, proceeded to root through the home. They hauled out computers, smartphones, paper records and an array of “evidence” that had nothing to do with the investigation, private possessions that weren’t listed on the sweeping warrants.

Through it all, Jordahl, her husband, and her teenage children were confined to the home’s family room, guarded by Dane County Deputy Sheriff Linda Kohlmeyer.

“At one point early on, I started to get up from the sofa,” Jordahl told Wisconsin Watchdog one week after the court issued its decision. “I told the deputy who was guarding us that I wanted to call my lawyer. She backed me down on the sofa and told me I could not call anyone.”

“I felt completely helpless in my own home.”

But perhaps nothing compared to watching her 15-year-old daughter, her “little girl,” sitting in her pajamas on the living room couch, crying, as a deputy told her she could tell none of her friends at school about what transpired that morning. The kids on the school bus that morning, of course, would wonder what was going on at the Jordahl home, where police car floodlights flashed and armed officers carried out boxes of Jordahl family possessions.

For so long, Jordahl, Johnson, conservative activist Eric O’Keefe, his partners at the Wisconsin Club for Growth, and many others were ordered to remain silent.

Wisconsin’s peculiar John Doe procedure, which grants a single presiding judge extraordinary power to work alongside prosecutors and compel witnesses to testify, comes with a punitive gag order. Those who break it, those who say anything to anyone about the investigation, including their attorneys, can go to jail and face a hefty fine.

Federal Appeals Court Judge Frank Easterbrook, in hearing a civil rights lawsuit brought by O’Keefe and the Club for Growth against the prosecutors, called the secrecy clause “screamingly unconstitutional.”

The conservatives’ legal challenge led to reform of the John Doe law and the dismantling of the state Government Accountability Board. O’Keefe took on the GAB, and won. His litigation opened up thousands of John Doe-related documented that exposed the prosecutors and the GAB as a rogue agency served by agents with partisan motivations.

But the battle goes on, mainly because Chisholm and his allies don’t know when to say when.

“Every prosecutor should have a little voice in the back of his head telling him when it’s time to stop. John Chisholm does not appear to have that voice,” said constitutional law expert Rick Esenberg, whose Wisconsin Institute for Law & Liberty has filed friend of the court briefs on behalf of the conservative targets.

Chisholm and two other Democratic district attorneys involved in the multi-county John Doe probe have asked the U.S. Supreme Court to overturn the state Supreme Court’s ruling. The high court won’t announce whether it will take the case until at least Oct. 3 – three years to the day of the coordinated raids.

Meanwhile, the targets are waiting for the return of the countless possessions the prosecutors illegally seized from them. That process remains in legal limbo while Chisholm’s petition awaits U.S. Supreme Court action.

Jordahl and other conservatives argue that Attorney General Brad Schimel could have ended all of Chisholm’s legal maneuvering by following state statute that gives the AG sole authority over state cases in federal courts.

Schimel disagreed, calling the assertion an oversimplification of the law. Still, the attorney general did acknowledge that “there is a strong policy argument the legislature intended that only the Attorney General and not just any party may represent the State’s interests in a typical case in the federal court.”

In December, even after the Wisconsin Supreme Court reaffirmed the John Doe dead and unconstitutional, Chisholm and his fellow Democrat district attorneys persisted.

“Clearly there is no limit to how far these partisan prosecutors will go to in order to punish their political opponents,” Johnson said.

“It’s already cost us millions of dollars to defend our innocence and our rights. Ones confirmed both by the John Doe Judge and Wisconsin’s highest court,” Johnson said. “Where and when does this state-sponsored and taxpayer-funded abuse end?”

“The process continues to be the punishment for people who were found ‘wholly innocent of any wrongdoing,'” she said.