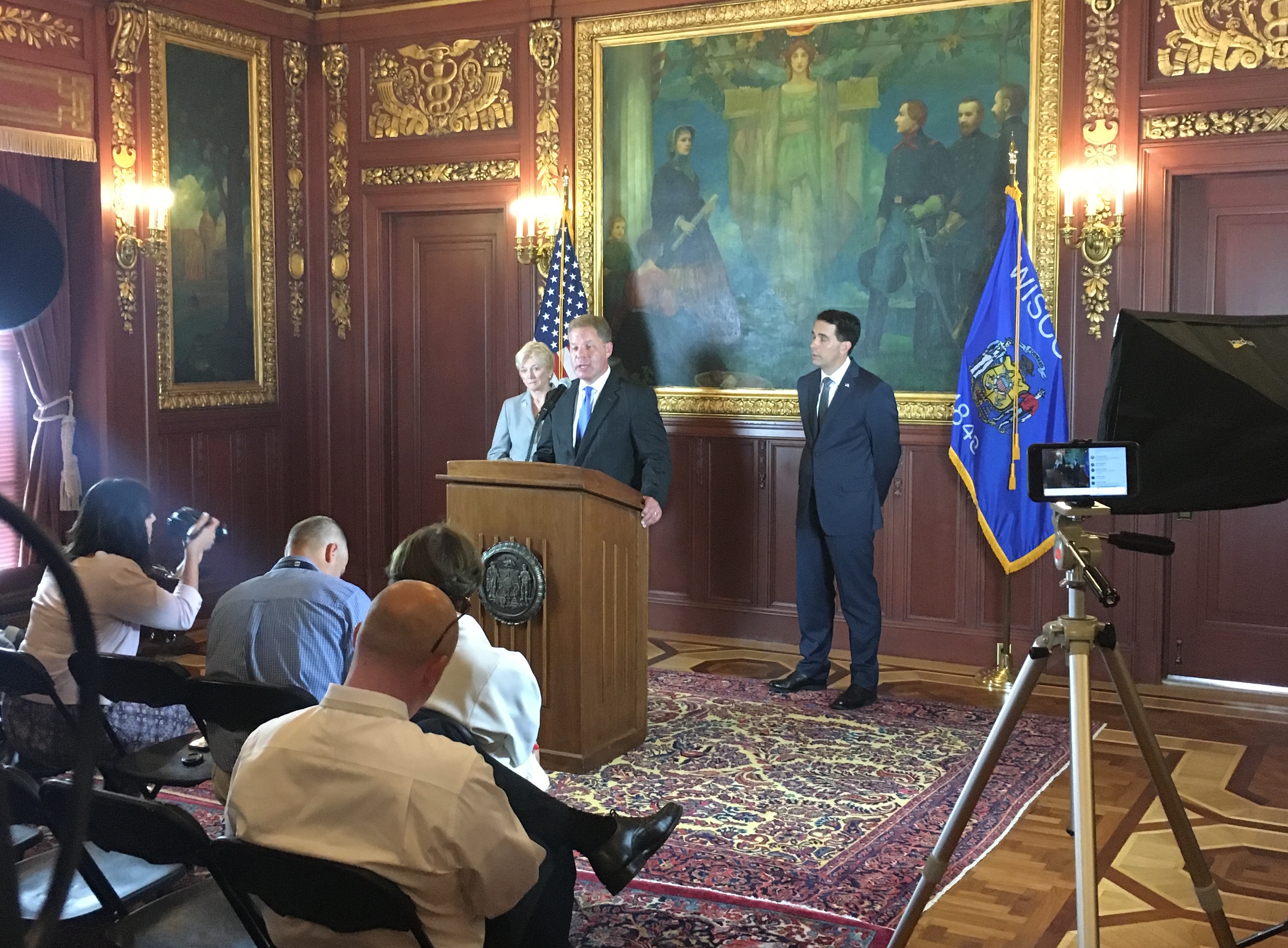 “Daniel Kelly is an exceptionally accomplished trial and appellate attorney who has appeared before the U.S. Supreme Court, U.S. Court of Appeals for the Seventh Circuit, and Wisconsin Supreme Court,” Walker said in a statement.

At a press conference held Friday afternoon to announce Kelly’s selection, Walker said he has three criteria for judicial candidates. Walker considers the candidate’s integrity, expertise in the law, and most importantly, the candidate’s understanding of the proper role of the judiciary.

“I believe the proper role of the judiciary is to uphold the constitution,” Walker said. “This is something that Daniel Kelly has not only talked about but has advocated for and has really practiced throughout his professional career,” he said.

Kelly is president of the Milwaukee Lawyer’s Chapter of the Federalist Society, which advocates a strict interpretation of the state and federal constitution. He also serves on the state’s advisory board to the United States Commission on Civil Rights.

Kelly is a founding member of the Rogahn Kelly law firm. He was previously a 15-year partner at the prestigious Reinhart Boerner Van Deurnen law firm in Milwaukee, and has served as a law clerk and attorney in a variety of other capacities.

Kelly said at Friday’s announcement he is humbled and honored to be appointed to the high court. “I will faithfully apply the constitution of this great state and this country to the absolute best of my ability,” he said.

When several reporters asked Kelly about his controversial writings regarding affirmative action and same-sex marriage, Kelly asserted that he would strictly interpret the law without regard to his personal preferences. “As soon as we step into the courtroom, all of our personal, political, and philosophical beliefs take a back seat,” he said.

“The primary and only job of a Wisconsin Supreme Court Justice is to apply the law as it is written,” Kelly said. Personal beliefs “simply have no place inside the courtroom,” he said.

Kelly: Personal beliefs have no place on Supreme Court. Only the law should be considered. pic.twitter.com/Ek69XWV6t4

Chief Justice Pat Roggensack said she was impressed with the qualifications of all the applicants, adding “I am very, very pleased with the governor’s appointment,” she said.

Rick Esenberg, president and general counsel of the Wisconsin Institute for Law and Liberty, called Kelly “a very bright, capable attorney who believes in a judiciary that interprets the law objectively, fairly, and follows where the law might lead.”

Kelly will take his seat on the high court upon Prosser’s official retirement on July 31.