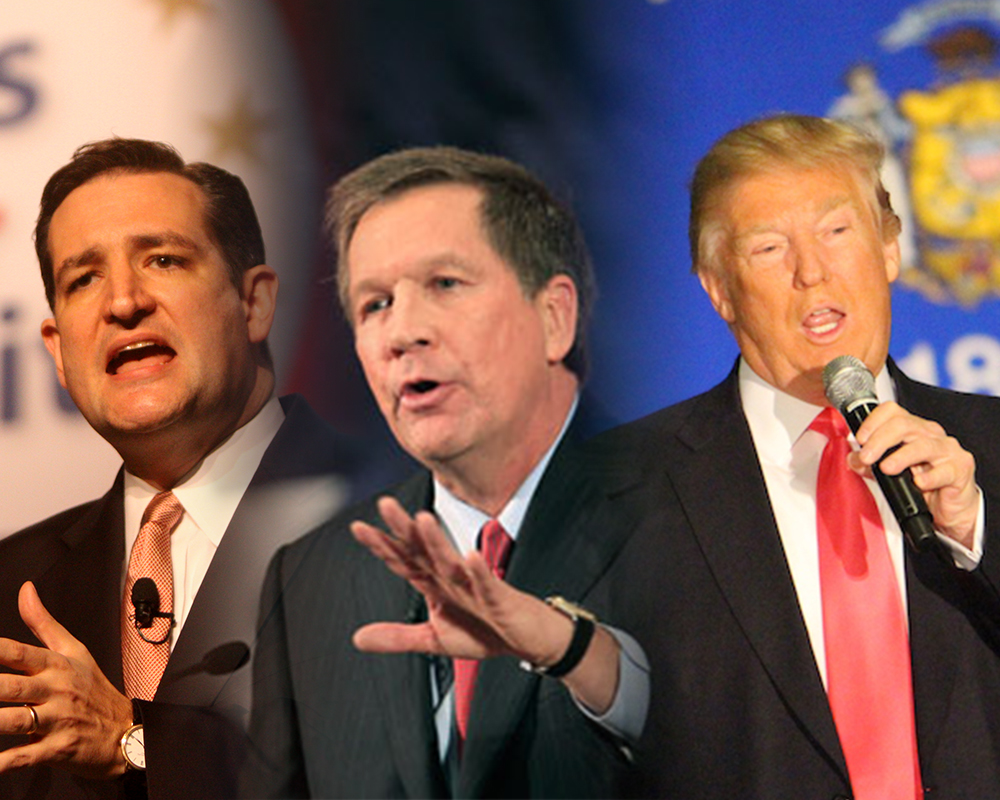 The three Republican contenders have varying histories when it comes to Obamacare? What can we expect from each if elected?

We just passed the six-year mark for Obamacare and the Republican candidates for president are debating what comes next. Obamacare has certainly not worked out like promised. “If you like your health plan” and “if you like your doctor” you could not keep them. Instead of seeing family premium costs reduced by $2,500 per year as promised, premium costs continue to go up while there are actually fewer choices in the insurance marketplaces set up by the federal government. Those that can afford the premiums often can’t afford the high deductibles.

The Republican candidates’ plans are set against a backdrop of Wisconsin’s unique response to Obamacare. While other governors accepted federal funding to expand Medicaid, Wisconsin rejected the federal funds, covered everyone under the federal poverty line, eliminated the waiting lists created under Democratic Governor Jim Doyle, and (according to the Kaiser Foundation) made health insurance accessible to everyone.

Senator Ted Cruz said Tuesday in Brookfield, “If I am elected President, we will repeal every word of Obamacare. We’ll pass common sense health care reform that makes health insurance personal and portable and affordable and keeps government from getting in between us and our doctors.”

The senator’s health care plan is a little short of specifics. However, like most Republicans, Cruz would allow the sale of health insurance across state lines, allowing a more competitive marketplace to lower premium costs.

Cruz has also said that he would like to expand Health Savings Accounts. The accounts, also known as HSAs, allow people to save money tax-free for medical expenses.

Making health insurance “personal and portable” would reduce the number of people with pre-existing conditions without insurance, Cruz has said. He has also favored requiring members of congress to live under the Obamacare law themselves.

The Republican presidential candidate that has the experience most unlike Wisconsin is Ohio Governor John Kasich. Unlike Governor Scott Walker, Kasich accepted the Obamacare federal funds to expand Medicaid in his state. The first 18 months of the expanded Medicaid rolls in Ohio cost $4.05 billion, much higher than the Kasich administration projection of $2.56 billion. After two years, it’s now cost taxpayers $7 billion. Watchdog.org estimates the cost will be $27.5 billion by June 2020.

Kasich has justified the increased federal expenditure by saying he’s getting “Ohio money back.” However, it’s being financed by increased borrowing by the federal government, which is ironic since Kasich brings to his campaign events a large “national debt clock” showing the rapid increase of the federal debt. Not surprisingly, at a recent town hall-style event in Waukesha, Kasich didn’t mention the taking of the Obamacare money to expand Medicaid.

Donald Trump’s record on health care reform is a little more complicated. Trump has expressed support for single-payer health care programs in the past. During the most recent townhall-style event hosted by CNN, Trump told Anderson Cooper that he believed healthcare was one of the top three responsibilities of the federal government.

In response to a question by Florida Senator Marco Rubio at a debate hosted by Fox News, Trump would only say that he is in favor of allowing insurance companies to compete across state lines. By the next debate, Trump’s campaign posted a healthcare plan on the campaign website.

In addition to allowing insurance to be sold across state lines, the plan calls for a full repeal of Obamacare including the individual mandate. It would allow individuals to fully deduct health insurance premium payments from their taxes, continue to allow Health Savings Accounts, block grant Medicaid to the states, allow Americans to buy drugs from other countries, and reduce costs by reducing illegal immigration.

The most interesting aspect of the Trump plan is call to make Medicaid a block grant program. What the Trump campaign means by block grant is not really a block grant. Elsewhere in the plan, it states, “As we allow the free market to provide insurance coverage opportunities to companies and individuals, we must also make sure that no one slips through the cracks simply because they cannot afford insurance. We must review basic options for Medicaid and work with states to ensure that those who want healthcare coverage can have it.”

If Trump is going to make sure no one is without coverage by reviewing Medicaid options with the states, then it’s not letting the states decide how best to use the Medicaid funds. That’s not a block grant. In addition, if the goal is universal coverage by working with the states and Medicaid, how much is Trump looking to expand Medicaid? Will he try to force an expansion contrary to one of the few stops placed on Obamacare by the Supreme Court?

Another terrible aspect of the Trump plan is to allow the purchase of drugs by consumers from other countries. Since drugs are cheaper in Canada, then Americans will buy their drugs from Canada. The problem is that countries with lower drug costs often either subsidize the drug cost or place strict price controls. Elsewhere Trump has said he would be in favor of our government negotiating directly with the pharmaceutical companies to set drug prices, too.

Getting cheaper drugs always sounds good, but such an artificial effort to lower drug costs will result in less incentive for the drug companies to try to find new drugs. So whether it’s by buying price-controlled drugs from abroad or by government dictating price here, the Trump plan would discourage drug manufacturers from doing the research and development for the next generation of medicine.

With the April 5th election upon us, Wisconsin voters will have to take into consideration what comes after Obamacare, or even if it should be repealed. When they do, they should keep in mind that Wisconsin’s BadgerCare is actually working the way it was designed. Since we like the BadgerCare health plan, it would be nice if Wisconsin could keep it.