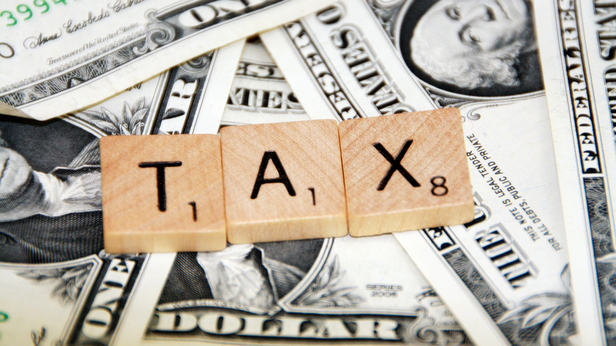 [Madison, Wisc…] A questionable interpretation about how much public school districts can raise local property taxes to cover their “losses” from the expansion of the school choice program allowed more than a hundred school districts to net a profit from the program, according to a Jan. 28 memo from the Legislative Fiscal bureau (LFB).

The 115 school districts that raised local property taxes more than the amount they lost to choice schools levied taxes by a total of $19.8 million statewide. According to the memo, requested by Rep. Jeremy Thiesfeldt (R-Fond du Lac), this $19.8 million levy is $3.7 million more than the districts lost in state aid.

Under the new school choice law and the school aid formula, three things occur when a child decides to participate in the Racine or statewide school choice program.

First, the public school district is permitted to count that pupil for enrollment purposes.

Second, the public school district is granted a “revenue limit adjustment for each pupil equal to their base revenue per pupil for the current year.” This exemption authority allows a district losing a student to school choice to raise local property taxes beyond the state-imposed revenue limits to make up for the lost revenue. The memo states that the Department of Public Instruction (DPI) calculates the exemption for each district.

Third, for each child participating in the Racine or statewide choice program, a district’s state equalization aid is reduced by an amount equal to the school choice payment – for the 2015-2016 school year, choice payments are $7,214 for a K-8 pupil and $7,860 for a 9-12 pupil.

Thiesfeldt, chair of the Assembly’s Committee on Education, said districts were not compelled to raise local property taxes.

“They don’t have to [raise taxes]…that’s a choice that the districts made,” Thiesfeldt said. “If they have a revenue limit exemption, the evidence is here that most of them are going to take it.”

Taxpayer advocates assert that if a child leaves the public school district, the district no longer incurs an expense to educate the child, so the district shouldn’t need to raise property taxes at all to make up for the lost state school aid.

In fact, many districts not only raised taxes to fully compensate for the lost aid, but went well beyond.

Some contend the intent of the law as passed was for the revenue exemption to be calculated based on the amount of the choice school scholarship, also known as a voucher, which is typically several hundred dollars less per student than the state’s per-pupil aid to public schools.

Proponents of the school choice program believe that the motion adopted in the 2015-2017 state budget only allowed for public school districts to levy for the amount of the voucher.

“There is some dispute as to whether [the law] was intended to allow them to raise the revenue limit as though these were public school students, or were they supposed to raise it just the amount of the scholarships…That’s a debate that will be coming, I’m quite certain,” Thiesfeldt said.

According to the nonpartisan LFB’s budget summary, school districts “could not levy to backfill the aid reduction.”

In the 2015-2016 school year, 142 public school districts were impacted by students choosing to use the Racine or statewide school choice program. Of those 142 districts, 115 raised taxes beyond what they lost to school choice. Of those that raised taxes, 106 districts levied the maximum amount allowed under the revenue limit exemption, the memo states.

Sheboygan saw a reduction of $400,915 in state aid attributable to choice students. Their school board chose to levy an additional $568,891, also the maximum allowed, resulting in a school choice skim of $167,976.

Other districts that raised taxes by the maximum and netted six-figure sums under the exemption skim were the Appleton Area School District, La Crosse, Waukesha, Wausau and West Allis.

“It seems that the districts that have the biggest budgets are the ones that took advantage of the opportunity to hit the taxpayers extra and then blame it on the choice program,” Thiesfeldt said.

All of this raises an important question – why did school boards think they needed to raise taxes beyond the amount they lost in state aid under the school choice program?

Some districts went as far as to blame school choice as an excuse for levying unnecessarily high property taxes, a misleading argument at best in light of the information in the LFB memo.

Thiesfeldt described the situation as an opportunity for districts to take more from taxpayers than what they needed, then place the blame on school choice. “That makes it an easy target to turn the choice program into the boogeyman and place all the blame there,” he said.

Ironically, the district that skimmed the most – Racine – was also a vocal opponent of the expanded school choice program, going as far as to launch an ad campaign against it that included a newspaper insert with the headline, “Vouchers, changes in state funding lead to RUSD tax levy increase.” After the public relations campaign to blame school choice for local property tax increases, the Racine school district skimmed the full amount allowed under the law, which was more than the state aid lost.

Fond du Lac school officials also claimed the school choice program, among other reforms, would cause “significant strife.” Wendy Brockert, Fond du Lac School District business manager, told the Fond du Lac Reporter last November, “If we don’t levy the funds, our aid payment would still be reduced and we would have to make other cuts.”

Yet, Fond du Lac joined the 106 districts that taxed to the max, levying $65,545 more than it lost in state aid. Those reductions amounted to just one-third of one percent of the district’s overall budget last year, said Thiesfeldt, who sat on the Fond du Lac City Council. If that money is going to make generally low-income parents happy with their child’s education, “I think that’s money well-spent,” he added.

The Neenah School District was the only district to raise taxes by just enough to make up for its actual reduction in state aid, with no net gain or loss due to school choice.

By contrast, 22 of the districts did not raise their tax levies at all in 2015. Thiesfeldt cited the Campbellsport, Lomira, and Oakfield school districts, small districts that he said were able to get by without a tax hike even though they’re not flush with large budgets.

“Those districts should be commended,” he said.

The 22 school districts that have gotten by without a tax levy increase demonstrate that the 106 districts that chose to “tax to the max” while blaming school choice may have just been taking advantage of the situation – and their local taxpayers.

Stay tuned to the MacIver Institute for updates to this story as new information becomes available.