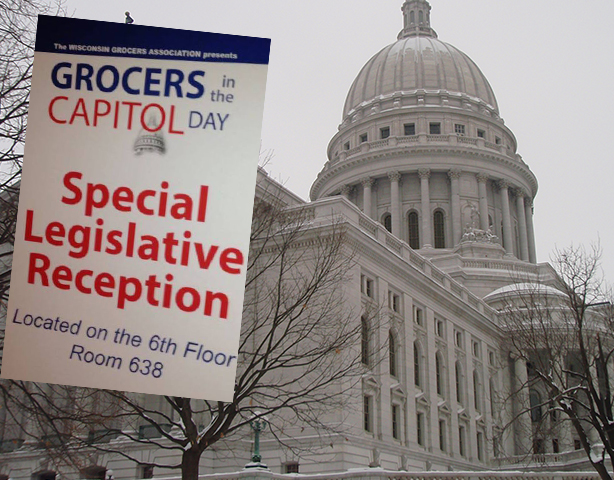 I’m old enough to remember when a Speaker of the Assembly with sixty-three votes on his side could pass any legislation he wanted. Apparently Common Core math has afflicted the Republican caucus in Madison and they can’t find fifty-one votes in sixty-three members.

Assembly Speaker Robin Vos has said in interviews that he is a supporter of repealing the state’s minimum markup law, also known as the Unfair Sales Act. That must be a brave position considering Vos told the Milwaukee Journal Sentinel that there is not enough popular support for the issue.

Of course, it’s a little hard to believe that lower prices could be unpopular. As we could only look on in envy, gas stations in Michigan had lines of cars with drivers looking to buy cheap gas. On Sunday, gas prices dropped to 47 cents per gallon in Warren, Michigan. None of the drivers waiting were quoted by the media saying such low prices for gas should be illegal.

But here in Wisconsin, they are. Not only is it illegal to sell gasoline below cost, but state law actually requires a 9.18 percent markup. If the Wisconsin Petroleum Marketers and Convenience Store Association engaged in such price-fixing collusion, it would be an antitrust violation. But because it is the result of government action and enforced by the Wisconsin Department of Agriculture, Trade and Consumer Protection (DATCP), the Petroleum Marketers are only guilty of lobbying.

The Petroleum Marketers are not the only ones with an interest in keeping the status quo. The Wisconsin Grocers Association has long been opposed to repealing the minimum markup law. On Tuesday, the same day as the governor’s state of the state speech, the grocers had their “Grocers in the Capitol Day,” complete with a “Special Legislative Reception.” I’m guessing that the reception was not on the Capitol tour for visiting school children learning how democracy is supposed to work.

Maybe Vos is right. If a poll was conducted at the “special legislative reception” there probably wouldn’t be enough support for repealing the law. The free market principles supposedly inherent in the Republican Party just couldn’t stand up to the overwhelming sentiment of the lobbyists and legislators at the reception.

But if the case for keeping the Minimum Markup Law is so overwhelming, perhaps the Grocers Association and the Petroleum Marketers could make the same case to the public at large. Despite Vos’ public support, there has been no public hearing in the Assembly in the committee chaired by Representative Gary Tauchen. Despite State Senate Majority Leader Scott Fitzgerald’s comment to public radio that he needs more data on the issue, not one public hearing has been scheduled in the Senate committee chaired by Senator Rick Gudex.

It would be interesting to hear why Wisconsin consumers are better off paying higher prices. It would be good to hear such “mom and pop” operations like Kwik Trip and Woodman’s defend needing a state agency like the DATCP to police the pricing of their competitors. Let them tell the public the same things they were were telling the members of the legislature behind closed doors at the “special legislative reception.”

In turn, members of the legislature can hear from the public why this law should be repealed. The legislators might even learn, despite Vos’ assertion that there isn’t enough popular support, that 56 percent actually support repealing the minimum markup law. Only 36 percent are opposed, according to a poll by Public Opinion Strategies.

Until the public hearings are held, the only way anyone can know what the lobbyists are telling the legislators is if they spied through the door of the “special legislative reception.” It would have been as George Orwell described, “The creatures outside looked from pig to man, and from man to pig, and from pig to man again; but already it was impossible to say which was which.”