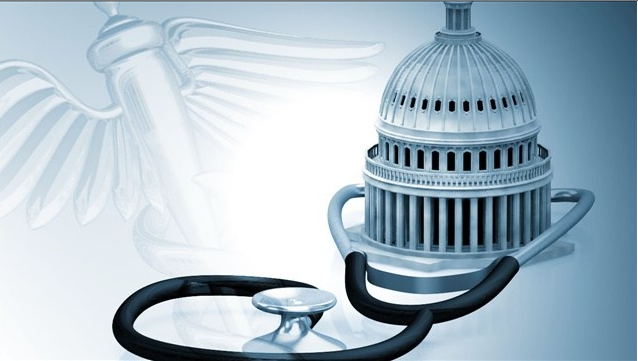 Yes, the Medicaid expansion is still wrong for Wisconsin

In an opinion requested by state Sen. Jon Erpenbach, the Legislative Fiscal Bureau (LFB) has the latest numbers for a proposed expansion of Medicaid under Obamacare. Despite what Erpenbach and his fellow Democrats claim, the latest estimate confirms that Wisconsin made the correct decision to reject the additional federal funding.

Using those numbers, the LFB says that the state of Wisconsin would reduce General Purpose Revenue (GPR) spending on Medicaid by $102.9 million in the 2015-2016 budget and $220.6 million in the 2016-17 budget, or $323.5 million over the biennium. Following the projections outward, taking the federal money sounds like an even better deal. As Erpenbach points out in his press release, if the expansion could somehow be accomplished by January 1, 2016, by 2020 the projected reduction in GPR spending for Medicaid would be $1.07 billion.

That sounds like a pretty good deal, but it only tells half the picture and hides the real cost of the Obamacare Medicaid expansion. After all, federal money doesn’t just fall from the sky or isn’t being grown under hydroponic lights in the White House basement. The money comes from taxpayers, whether through direct taxation or the costs of increased (and increasingly unsustainable) federal borrowing.

If the expansion of Medicaid actually went through, the federal government would actually have to spend $228.4 million next year and $580.5 million for 2016-17. That’s $808.9 million in additional federal spending to finish the biennium against the $323.5 million Wisconsin taxpayers would supposedly save, for a net increase in government spending of $484.4 million.

Meanwhile Wisconsinites would be directly on the hook in perpetuity for at least 10 percent of the increased cost of Medicaid in Wisconsin. Given the uncertainty surrounding Obamacare’s long-term viability, the percentage Wisconsin would pay could actually climb. As Speaker of the House Paul Ryan said in an interview in 2013, “The fastest thing that’s going to go when we’re cutting spending in Washington is a 100 or 90 percent match rate for Medicaid. There’s no way. It doesn’t matter if Republicans are running Congress or Democrats are running Congress. There’s no way we’re going to keep those match rates like that.”

While government spending would go up under the Democrats’ plan, we would be unnecessarily moving people from private sector healthcare to worse health care coverage under Medicaid. As part of Governor Walker’s decision to reject federal Medicaid expansion under Obamacare, the state reformed the existing Badgercare program to eliminate the Jim Doyle-era waiting lists and covered 100 percent of Wisconsinites under 100 percent of the federal poverty line. In turn, those who are earning up to 400 percent of the federal poverty line are actually eligible for federal subsidies for private health insurance plans on the health care exchange. This actually eliminates the health coverage gap (according to the Kaiser Foundation) while not relying on increased federal funding.

Let’s understand, too, that it’s not like Erpenbach and the Democrats would actually refund the GPR “savings” in the state budget to state taxpayers. Erpenbach claims not taking the federal money “is just crazy given our transportation funding situation, the cuts our schools have faced, and the cuts to our UW System.” I don’t see the overburdened taxpayer on the list.