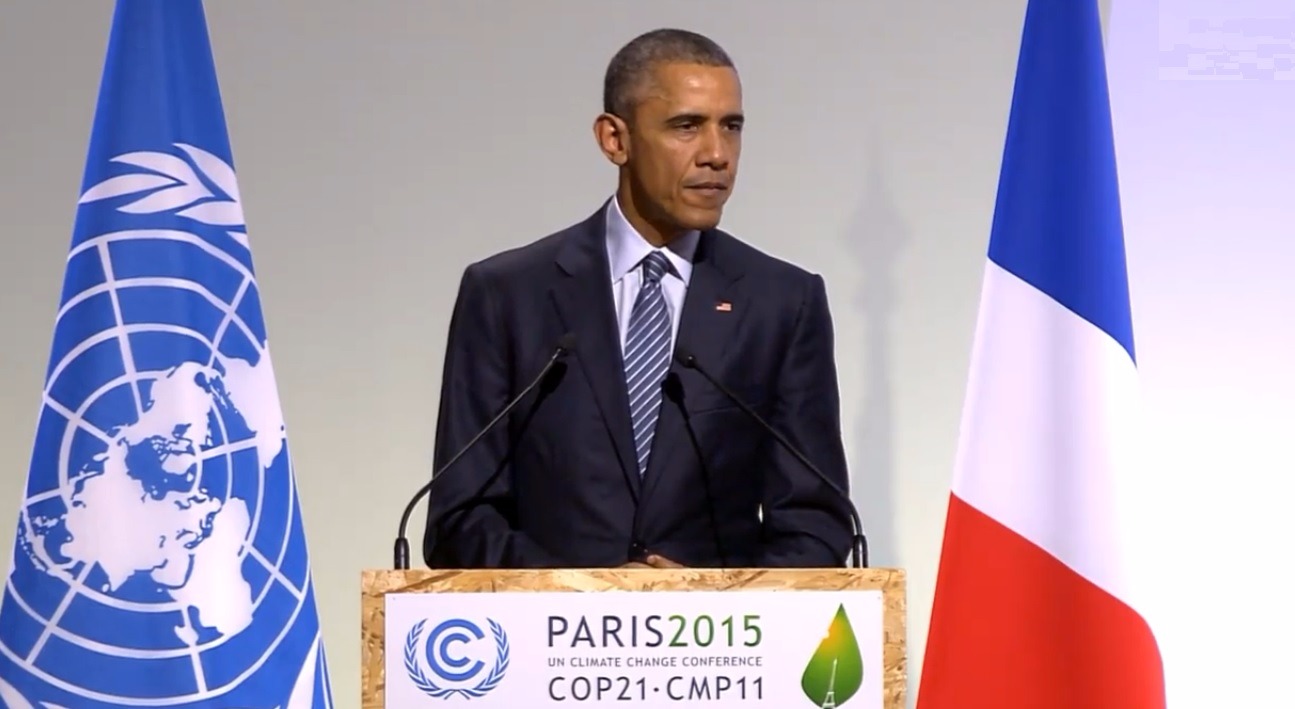 Ross says pollution disproportionately affects minority communities, an issue she claims is ignored by presidential candidates in both parties. This, she explains, is an opportunity for Republicans to abandon their principles to gain new voters. She writes:

…sacrificing that relationship with business (or at least making it less idyllic) by acknowledging climate change, proposing legislation to address environmental health concerns or the disproportionate effect that the location of many of the nation’s pollution-emitting facilities have on something like property values in low-income, predominantly black and Latino neighborhoods — that’s the stuff no one is talking about. And that’s the stuff that could attract new voters, new attention and help to resolve the party’s pressing demographic crisis.

I’m trying to picture the “Black Lives Matter” crowd believing that EPA regulations to combat “climate change” are at the top of their agenda. I don’t believe the protesters that shut down the stores on Michigan Avenue in Chicago will be placated with the news that Obama had a serious conversation with Europe’s leaders at a Michelin star restaurant in Paris. And I really don’t believe that Chicago Mayor Rahm Emanuel’s past support for Obama’s environmental agenda will end the protests calling for his resignation.

I do believe that African American and Latino neighborhoods have bigger concerns than the latest kumbaya celebrating the Kyoto climate change accords. For example, under Democratic rule in cities across the country, violence in minority communities is actually growing. Whether in Milwaukee, Chicago or Baltimore, African Americans and Hispanics are increasingly the victims of violent crimes. As we have seen in Milwaukee, liberal policies are directly contributing to the rise in violent crimes.

If the violence on the streets isn’t at the top of the priority list, failing public schools run by Democrats under the control of the teachers unions should be of special concern. When creating a recovery district plan for Milwaukee Public Schools, Republicans were so desperate to find a politician with some independence from the union they picked Milwaukee County Executive Chris Abele. Abele appointed a superintendent for the district that quickly promised to work with the existing school board, possibly undermining the whole educational reform project.

Meanwhile, charter and choice schools are fighting for space to handle the students fleeing the inadequate union-controlled school systems. The obstruction to minority educational advancement is not in Republican policies, but in the cronyism of the Democratic Party coalition.

As for the Republicans’ positions on the Clean Power Plan and other aspects of Obama’s policies to combat climate change, we can quote the old joke about the New York Times: “women, minorities hardest hit.” African Americans and Hispanics will be hit harder by the increased energy rates that will be the natural results of Obama’s environmental policies. That’s because they spend a disproportionate percentage of their income on energy costs due to (on average) lower income levels.

There are other ways the president’s plans will hurt minority communities, too. Harry Alford, the president and CEO of the National Black Chamber of Commerce, wrote in The Hill, the Clean Power Plan “could lead to cumulative black and Hispanic job losses of 7 and 12 million, respectively, by 2035 and cut our household incomes by close to $500 per year.”

Alford also said the Clean Power Plan will raise poverty rates for blacks and Hispanics “by a respective 23 and 26 percent by 2035.”

Surely Obama is aware of these numbers even as he allows the French president to make suggestions of what he should order while dining on meals fit for Marie Antoinette. When his most loyal constituents struggle to pay higher food costs that are the result of higher energy costs, will Obama suggest to African Americans and Hispanics that they should just eat cake?

So Ross is right that Republican candidates for president should spend more time talking about the impact of the president’s Clean Power Plan on minority communities. Blacks and Latinos should hear about how the president’s policies will disproportionately affect their communities.

But it isn’t just Republicans. As Alford wrote in his op-ed, “Supporting affordable and reliable energy should be the goal of any presidential candidate, and that means opposing the EPA’s Clean Power Plan. Doing so will provide minorities with more opportunities, more jobs, higher incomes, and better lives. That shouldn’t be a hard choice for Mrs. Clinton, assuming she’s willing to put people ahead of politics.”