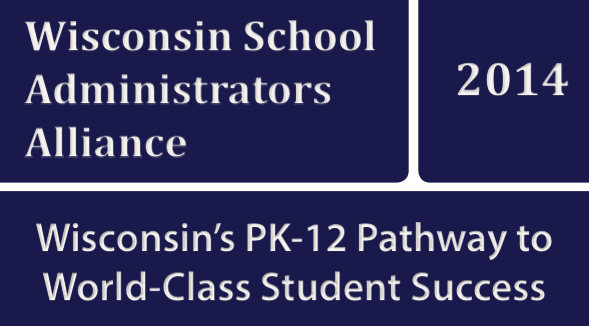 Last week, the Wisconsin School Administrators Alliance (SAA) released their recommendations for improving and maintaining a high level of quality in the state’s K-12 schools. The group, which is comprised of public school leaders from across the state, threw their support behind Superintendent Tony Evers’s budget request, criticized the state’s private school choice programs, and lauded charter schools as foundations of innovation within the classroom.

The SAA’s wish list asks for significant funding – and funding changes – in Wisconsin’s public schools. The group supports Superintendent Evers’s Fair Funding for Our Future program, a funding reform plan that the public leader has pitched in each of the past two budget processes as well. That plan would increase K-12 spending significantly while guaranteeing a base amount of at least $3,000 per student in state funding at every district.

Their agenda also goes beyond Evers’s budget request. The group requests that all per-student funding be tied to the country’s consumer price index (CPI) in order to ensure that school revenue is not left behind by inflation. The SAA also calls for more funding for Wisconsin’s 4K kindergarten programs, increases that would more than double the appropriation for the state’s bilingual-bicultural programs, increase student transportation spending by 10 percent each year, and commit more funds to Wisconsin’s special needs education programs.

While much of the SAA’s 40-page proposal defaults to funding more traditional programs, the group also introduced reform efforts they feel would improve public education in the Badger State. The administrators supported a plan that would allow districts to re-examine the 180 school day calendar and make changes that would allow for greater flexibility and more time in the classroom for students. They also threw their support behind the continued funding of Wisconsin’s Educator Effectiveness program, which evaluates the state’s public school teachers and kicks off its first full year of implementation in 2014-15.

The most significant reform the SAA proposed may be a system to expand the amount and scope of charter schools in Wisconsin. Their proposal cited recent research that showed gains for charter students in math, graduation rates, and college enrollment before concluding that the presence of these schools has had a positive effect throughout the country. As a result, the group proposed a K-12 strategy for educational growth that would fund, reward and foster innovative schools and start-up charters through grants and research.

The SAA’s proposal may come at odds with many of the oft-mentioned goals of the 2015 Wisconsin State Legislature. The group adamantly opposes a voucher expansion and suggests that additional professional development is needed in order to help teachers and staff members better administer Common Core State Standards in the classroom. The fate of many of their recommendations will hinge on the adjustments that will ultimately be made to Superintendent Evers’s 2015-17 budget request. The rest will head to the desks of legislators as part of the group’s expansive agenda. We’ll know how many of their ideas make it into the drafting process when the 2015 session begins this January.