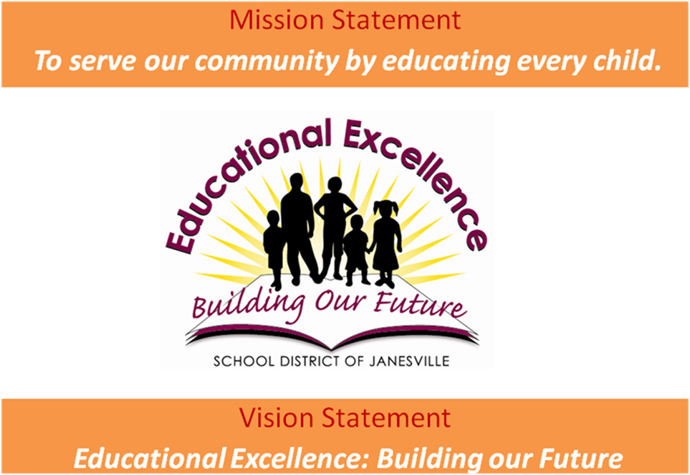 Janesville Public Schools was the highest-performing district among Wisconsin’s large cities in 2013. [LINK: Janesville 2013] It only made sense that they retained that mantle thanks to an improved performance on 2014’s School Report Cards.

Janesville schools earned an average score of 75.07 points out of 100 on the state metric, exceeding the Wisconsin average by nearly four points. This was good enough to earn the equivalent of a “B-” on an A-F grading scale.

As such, Janesville’s traditional public schools – not counting charter schools – exceeded the state’s expectations for K-12 institutions. This was the highest score we’ve seen so far amongst the state’s largest districts and the first to go beyond just meeting educational expectations.

Janesville had four instrumentality charter schools in the district., which constituted 19 percent of the city’s total school makeup. Each of these schools earned an Alternate Rating grade for making Satisfactory Progress in 2013-14.

This designation is a new system designed to measure schools that don’t fit into the state’s report cards due to various concerns. These include schools in their first year of operations, schools without tested grades, schools serving entirely at-risk student populations, and schools with fewer than 20 enrolled students in WSAS-tested grades (3-8, 10). As such, we don’t have pure number grades with which to compare Janesville’s traditional public schools and charter public schools.

A deeper look into this year’s School Report Card scores amongst Wisconsin’s large districts shows significant advantages over the statewide average in every category but On-Track and Postsecondary Readiness. Of the eight large districts we have examined, Janesville had the highest Student Achievement and Closing Gaps scores of them all. No other large district in the state was within 6.7 points of their figure in the latter category.

Like Eau Claire, Janesville did not have a single school fall into the “Meets Few Expectations” category. This left the district bereft of any “D” or “F” institutions. Seven of the district’s 17 graded schools earned an “Exceeds Expectations” mark. One school, Harrison Elementary, significantly exceeded those expectations in 2013-14.

Janesville’s performance was led by its elementary schools. On average, these K-6 institutions outperformed the city’s high schools by more than eight points on the statewide metric.

This score represented a small improvement from last year’s averages. However, a significant backslide in the Student Growth category should raise concerns within the district. Since growth is the measurement of a student’s annual progress and the value that a teacher or school brings to their education, it is a strong predictor for future successes or failures within the district.

Janesville was the top performer amongst Wisconsin’s 10 largest school districts when it came to School Report Card scores in 2012-13. Thanks to an improved average score this fall, they stand to retain that title now that the 2013-14 school year has come to a close. The district was able to accomplish this despite educating a student body where the majority of students (~56%) came from economically disadvantaged backgrounds. With no schools earning lower than a “C” grade, Janesville appears to be a strong model for replication efforts in the future.