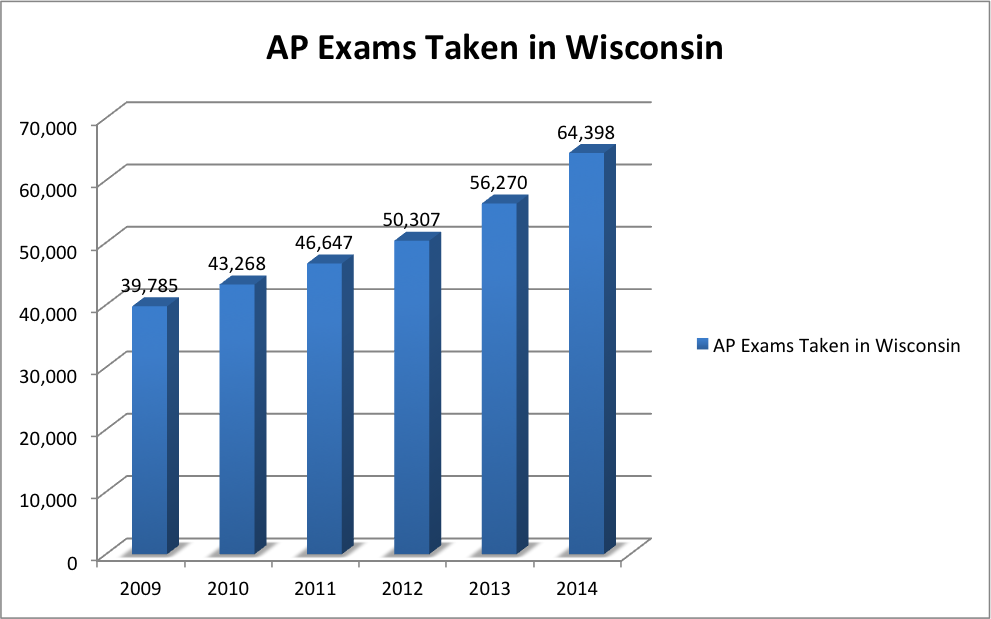 The state’s average SAT scores rose in all three categories; Critical Reading, Math, and Writing. In all, Wisconsin’s total score increased from 1771 to 1782 on the exam.

Though the majority of Wisconsin’s high school students choose the ACT as their college admissions test of choice, more than 2,500 still took the exam. That was down from 3,063 students in 2010. Participation has decreased every year since then. This decline may continue well into the future now that the ACT is the state-required testing suite to gauge student progress in grades nine through eleven.

While participation rates for the SAT fell, the number of students who took Advanced Placement exams rose in 2013-14. More than 64,000 students took AP courses and the tests that followed that gauge whether or not a pupil has qualified for first-year college credit in the classroom. Nearly 44,000 students scored a “3” or higher (out of five) to earn a passing grade – 68.1 percent of Wisconsin’s participants.

According to DPI data, overall participation in this program grew by over 8,000 participants – though the data revolves around tests taken and thus may not translate to an equal amount of students. That’s a step in the right direction for a state where freshman remediation in University of Wisconsin schools has become a growing problem.