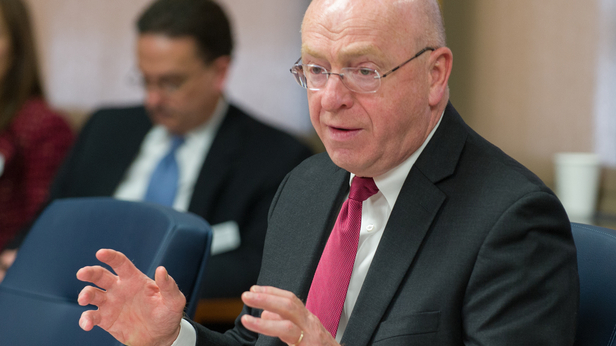 Rep. Dale Kooyenga, legislator who discovered hidden surplus, says “progress is being made”

[Madison, Wisc…] It took 105 days, 50 teleconferences, a team of UW administrators and one consultant to complete a fiscal year 2014 (FY14) financial report for the UW System, approved last week by the UW Board of Regents.

The exhaustive financial report comes over a year after state legislators discovered a hidden $648 million program revenue surplus at the University of Wisconsin System. At the time the surplus was discovered, in-state tuition for incoming freshman was up 73 percent from 2004 levels, despite the cash reserves.

Upon discovering the surplus, Walker and the legislature promptly instituted a two-year tuition freeze. In April of this year, the governor announced that he would like to see the tuition freeze extended for two more years.

State Rep. Dale Kooyenga (R-Brookfield), a member of the CPA Caucus that was credited for revealing the UW System surplus in early 2013, takes the report as a positive step for transparency.

“We now have the detail necessary to have an honest conversation regarding tuition rates, state support and the use of existing reserves,” Kooyenga told the MacIver Institute in an interview. “Progress is being made.”

The highly detailed 250-page financial report shows that “true reserves” for the university network now total $175 million, about 3 percent of UW System’s $6.2 billion budget. Act 20, Wisconsin’s budget bill for the 2013-15 biennium, required the UW System to produce the document before the next budget process, which begins in January.

During the Board of Regents meeting last week held at UW-Stevens Point, UW System President Ray Cross was insistent that bare program revenue balances are not to be confused with “true reserves,” and that reserves are spread out and specific to each campus.

“There is no single pot of money,” explained Cross, “We can account for every dollar.”

Cross explained that Reserve funds are for “emergencies and contingencies,” such as an unexpected steep drop in tuition or natural disasters.

Undocumented, or Discretionary, funds – $64 million in 2014 – are spread out among the campuses and can be used for any purpose the school deems important.

Each campus has its own account with a specific amount of reserves, including separate accounts for the UW Extension program, UW System administration and the statewide system of two-year colleges.

The highest reserve amounts in 2014 belonged to the UW systemwide account and UW-Madison, $61 million and $54.7 million respectively. Two schools, UW-Superior and UW-Parkside, finished 2014 with negative reserves.

UW-Superior’s reserve amounts were over $4.7 million in the red, and UW-Parkside’s reserve deficit topped $671 million. Reserve shortfalls did not seem to be an issue during the meeting and were not discussed.

President Cross has asked for $95.2 million in additional state funding for the System to further its “Talent Development Initiative.” That request is made on top of the University System’s normal budget request for the 2015-17 biennium, which has yet to be released.

For Kooyenga, the 2014 financial report provides a solid base on which to build going into next year’s budget process.

“The financial report is a significant step in providing transparency to all stakeholders which includes the students, parents, faculty and taxpayers (represented by the legislature) with the information needed to make informed decisions,” explained Kooyenga. “The most significant issue when the balances were brought to light was not the fact that there was over $1 billion on hand, but the lack of transparency.”

The Board of Regents unanimously voted in favor of the report.