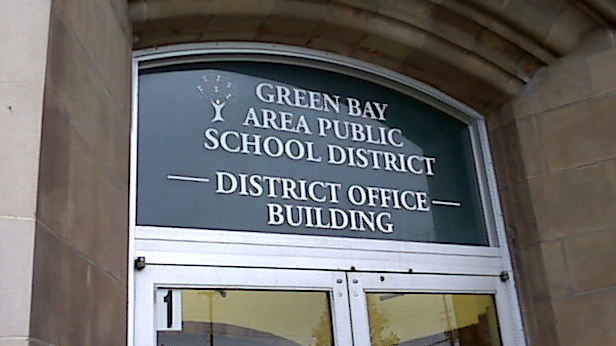 Green Bay Public Schools were less than a point away from earning a “D” grade in 2013-14. The district’s K-12 institutions earned an average School Report Card score of 63.85 out of 100 on the statewide metric. Anything under a 63 would have earned a “Meets Few Expectations” label.

Green Bay’s traditional public schools escaped with a “Meets Expectations” grade despite having 16 schools that fell below the state’s baseline expectations. We’ve examined five of Wisconsin’s major school districts so far – Madison, Milwaukee, Racine, and Kenosha. Green Bay fell squarely in the middle of that pack:

Unlike we’ve seen in other districts, Green Bay’s report card performance was led by the city’s high schools. Relatively high achievement and closing gaps scores helped those schools edge out the city’s elementary schools when it came to average ratings. This increase in high school performance was significant – the schools that serve grades 9-12 brought their average score up by nearly six points in the past year.

Unlike Kenosha or Milwaukee, Green Bay did not have enough of a charter presence to create a significant comparison between the two types of public schools. GBPS had just one charter school in 2013-14, the John Dewey Academy of Learning. The Dewey School earned an Alternative Rating and showed “Satisfactory Progress” for the 2013-14 school year. Alternative ratings are applied to Wisconsin public schools that fit these criteria:

Overall, Green Bay’s 2014 performance represented a decline from their 2013 scores.

That decrease can be traced back to a drop in elementary school scores (from 66.47 to 64.05) and big steps backwards in overall student achievement (from 60.10 to 55.42) and student growth (70.3 to 63.02). This will need to be a major area of improvement for the district if they aim to catch up to Madison or Kenosha in the coming years.

Green Bay trailed the statewide average in all four grading categories on Wisconsin’s School Report Cards. This left the GBPS schools significantly behind Madison and nearly two points behind Kenosha amongst the state’s largest districts. Green Bay’s K-12 institutions will have to make some major improvements to catch back up after losing ground this past school year.