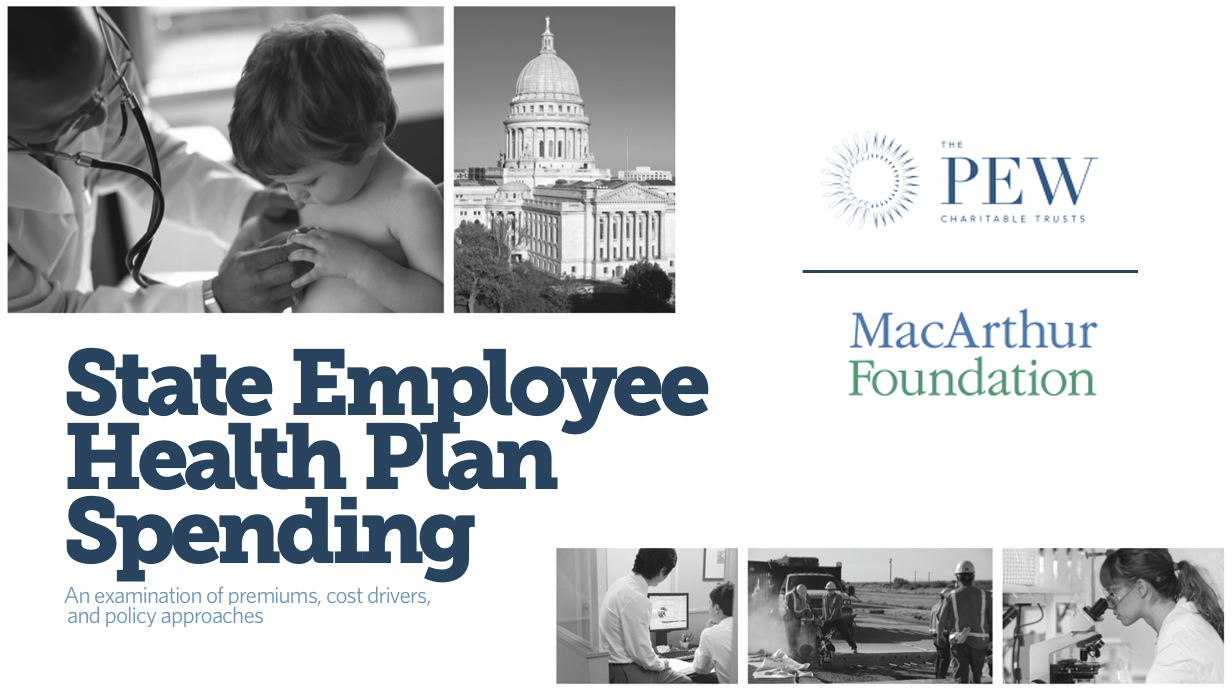 Even with Act 10’s requirement that public employees pay more for their health and pension benefits, Wisconsin taxpayers still pay a larger share of the cost of health coverage for state employees than the national average, according to a new report on state employee health care plans published by the Pew Charitable Trusts and the John D. and Catherine T. MacArthur Foundation.

According to Pew, this report provides a “first-of-its kind analysis of the costs and characteristics of state employee health plans.” Pew hopes the report will provide decision makers with state-specific information on what is spent on health care coverage and a “nationwide benchmark against which states can be compared.”

For Wisconsin government employees, the nationwide benchmark shows they have some of the best health coverage in the country at a lower personal cost.

State contributions to Wisconsin employee health plans exceeded the national average for the ratio of employer to employee payments in 2013. Wisconsin taxpayers pay 87 percent and 13 percent comes from state employees. Nationally, states pay on average 84 percent towards health care coverage and workers pay 16 percent of the overall cost, which means Wisconsin taxpayers are still picking up more of the tab on average than other states.

Wisconsin state employees also enjoy very generous health plans compared to other states, and Act 10 has done little to change that. The Pew report shows Wisconsin’s “actuarial value” for state health benefits to be 97 percent, tied for second highest in the nation. The actuarial value measures a health plan’s “richness” by calculating the percent of costs that are covered by the plan for an average employee, based on “the required deductibles, copayments, and coinsurance.” An actuarial value of 85 would require the employee to cover 15 percent of health care costs.

According to the report, an actuarial value of 92, the national average, would be considered a “platinum” plan under the Affordable Care Act. What Wisconsin offers to its government employees is five points better than an Obamacare platinum plan.

On average, Wisconsin government pays a monthly premium of $1,331 for each employee and their dependents. That is the third-highest average monthly premium in the nation and 32 percent higher that the national average of $963.

According to the report, Wisconsin state government spends over $1.1 billion per year on health care for government employees. Only nine states spend more each year than Wisconsin, but each of the nine have much larger workforces. When you compare Wisconsin’s expenditures for employee health care to states with similar workforces, you find the Badger State dolls out hundreds of thousands of dollars more a year.

Colorado provides a stark contrast to Wisconsin. Even though Colorado has 2,607 more state workers than Wisconsin, Colorado spends $860 million less a year on health care.

To find out how much each state spends per employee, the MacIver Institute used state-by-state full-time equivalent (FTE) data from the U.S. Census Bureau. FTE counts are for 2012, the latest year available. MacIver divided each states’ total amount spent on employee health care found in the Pew Report by the number of FTE employees to get a per-employee amount.

MacIver discovered that Wisconsin once again spends much more than other states. In fact, Wisconsin spends the second most in the nation at $15,776 per employee. Only Delaware pays more per employee, at $15,844, a difference of $68.

Wisconsin spends 23 percent more per employee than the third-highest paying state Connecticut. Wisconsin’s per-employee amount is more than double that of the national average, which is $7,134.