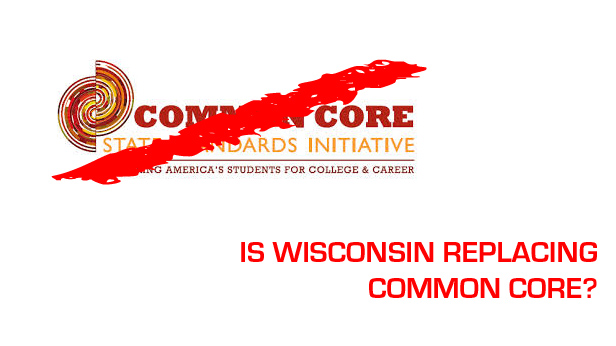 By Forrest Barnwell-Hagemeyer
The MacIver Institute

On Thursday, Governor Scott Walker surprised many political insiders when he called on the State Legislature to repeal the Common Core State Standards Initiative (CCSSI) in Wisconsin, which is more commonly referred to as Common Core. Governor Walker put out a statement asking the Legislature to pass a bill in January repealing the CCSSI and replacing it with “standards set by people in Wisconsin.”

The Cedarburg School Board appeared to kick off this chain of events with a vote Wednesday to ask lawmakers to postpone the Common Core standards for two years. School board members expressed concerns about the readiness of the methodology as well as federal involvement in local education. Shortly after the Cedarburg School Board voted, Senators Leah Vukmir (R-Wauwatosa) and Paul Farrow (R-Pewaukee) put out a press release asking for a delay in the implementation of the Smarter Balanced Assessments, a Common Core test. That same day, Governor Walker issued his statement in support of the full repeal of Common Core.

The timing of the Governor’s statement appears to be raising concerns and may cause some headaches going forward.

The Legislature won’t reconvene until January, but schools districts across the state are gearing up to use Smarter Balanced Assessment tests this fall. Although standards in place for this fall, schools and administrators could be caught in limbo as they wait for new standards that may not be enacted until early next year.

The MacIver Institute interviewed State Senator Paul Farrow, a leader in the legislature last session to change Common Core, about Governor Walker’s call for repeal. Sen. Farrow seemed excited for the work ahead.

“In the last couple months, three states have repealed the Common Core Standards and there are thirty-something states that have or have had legislation or are looking at legislation to postpone or repeal the assessment tests,” said Farrow.

More important, legislators must now look at what alternative they’ll put in place here in Wisconsin. According to Senator Farrow, people are starting to realize the problems with the federal government reaching into the state education system. “Let’s allow the states to be the flexible point, so we can do what’s right for the kids in our state,” Farrow said.

While the existing Common Core Standards qualified the state for a waiver from the federal No Child Left Behind program, the new Wisconsin standards, if agreement can be reached between the different stakeholders and politicians, will need to meet the requirements of Wisconsin’s original waiver.

Dan Rosmiller of the Wisconsin Association of School Boards expressed concern with the timing of the Governor’s statement, saying that there is “no guidance for school districts as to what they should be doing or how they should proceed, and no timelines for a replacement of the Common Core State Standards.”

Senator Farrow said that the general sense of legislators is “some anticipation and some excitement about getting things going so we can get this underway.”

The next floor session of the legislature begins shortly after legislators take office, on January 5, 2015.