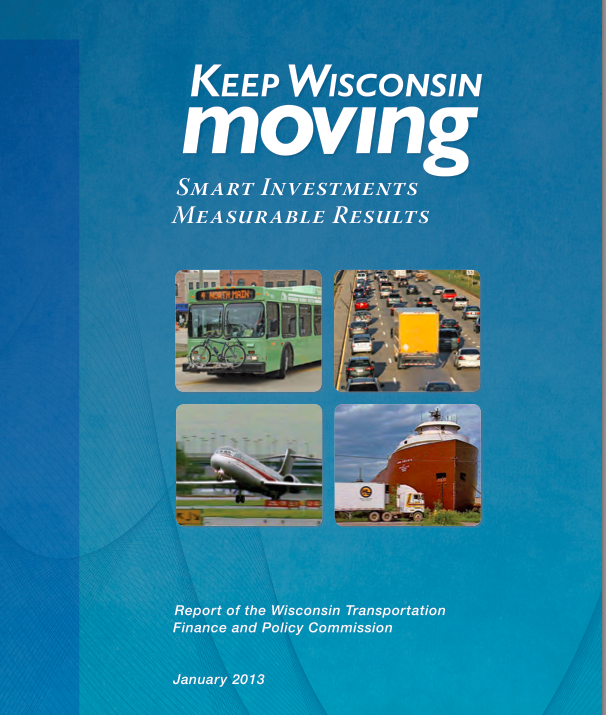 MacIver News Service (Madison, WI) – The Wisconsin Transportation and Policy Commission met Wednesday to unanimously adopt the “Keep Wisconsin Moving” report and to present their findings to Governor Walker and the legislature. The ten member commission was created by Governor Walker in 2011 Act 32 to report on “options to achieve a stable balance between transportation expenditures, revenues and debt service over the next decade.”

The result of their work is a 162 page report that makes five primary recommendations to raise taxes or fees:

1). Five cent increase in the state’s gas tax which would raise $160 million dollars a year. The current tax is 30.9 cents per gallon.

2). Adopt a new mileage-based registration fee for passenger cars and light trucks. According to the report, this new fee would raise nearly $228 million dollars from Wisconsinites each year.

4). Increase the driver license fee by $20, which would raise $16 million dollars a year.

5). Eliminate the sales tax exemption on the trade-in value of a vehicle, raising $91 million dollars a year.

Another recommendation to increase the registration fee for “International Registration Program vehicles” is listed in the report but was not discussed at the press conference. This recommendation would raise almost $60 million dollars a year.

All told, the Finance and Policy Commission’s “preferred funding package” would raise taxes and fees by $640 million dollars a year.

In his remarks on the future of transportation funding, Cieslewicz said the “per mile mechanism is the way to go and that the wear and tear from a hybrid vehicle is really no different than that of a normal vehicle.”

Cieslewicz hopes that the per mile driven fee gets people to “think about how many miles they drive and ask themselves, do they need to drive that extra mile.”

With the report formerly adopted Wednesday, the Commission will now present its findings to the Governor and the Legislature for consideration in the upcoming budget debate. Governor Walker is scheduled to give his 2013 -2015 budget address on February 20th, kicking off the legislative process that typically lasts until mid-June.