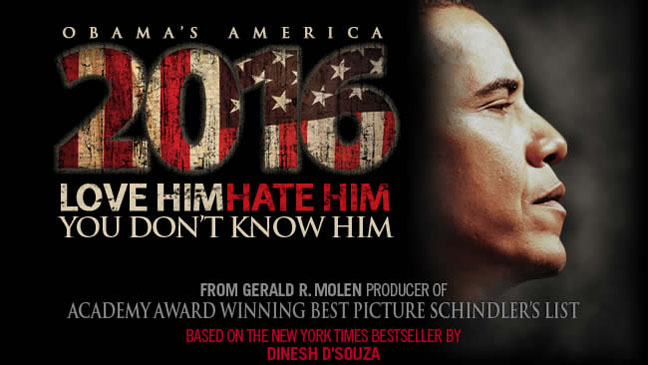 [Oshkosh, Wisc…] An assistant professor will be meeting with the UW-Oshkosh College Republicans to apologize for taking down one of their posters advertising a free screening of the movie, “2016: Obama’s America,” according to the UW-Oshkosh Office of Student Affairs.

The College Republicans told the MacIver News Service they had put up posters Tuesday on designated bulletin boards around campus. Shortly thereafter, one of its members noticed half the posters had been torn down. Looking around, that student says he saw Dr. Susan Rensing, a Women’s Studies associate professor, taking down one of the posters and throwing it away.

That student did not want to be named, but the College Republicans filed an informal complaint with Student Affairs late Wednesday afternoon.

“We followed up with the instructor. She said she had taken down one poster because she wanted to show it to her class. She thought it was for a different documentary and when she realized it was a different movie, she threw it in the trash,” Dr. Petra Roter, Vice Chancellor for Student Affairs, told MNS on Friday.

Roter said the instructor mentioned she should have put it back up, but she was in a rush to get to her class. Rensing has since apologized to the students, according to both the student and Student Affairs.

“She’s also going to be speaking to the College Republicans to explain what happened and apologize at one of their meetings,” Roter said. “She admits she made a mistake and she owns it.”

The university considers the matter resolved.

Vice President Joe Biden was at UW-Oshkosh on Friday for a ticketed campaign event.