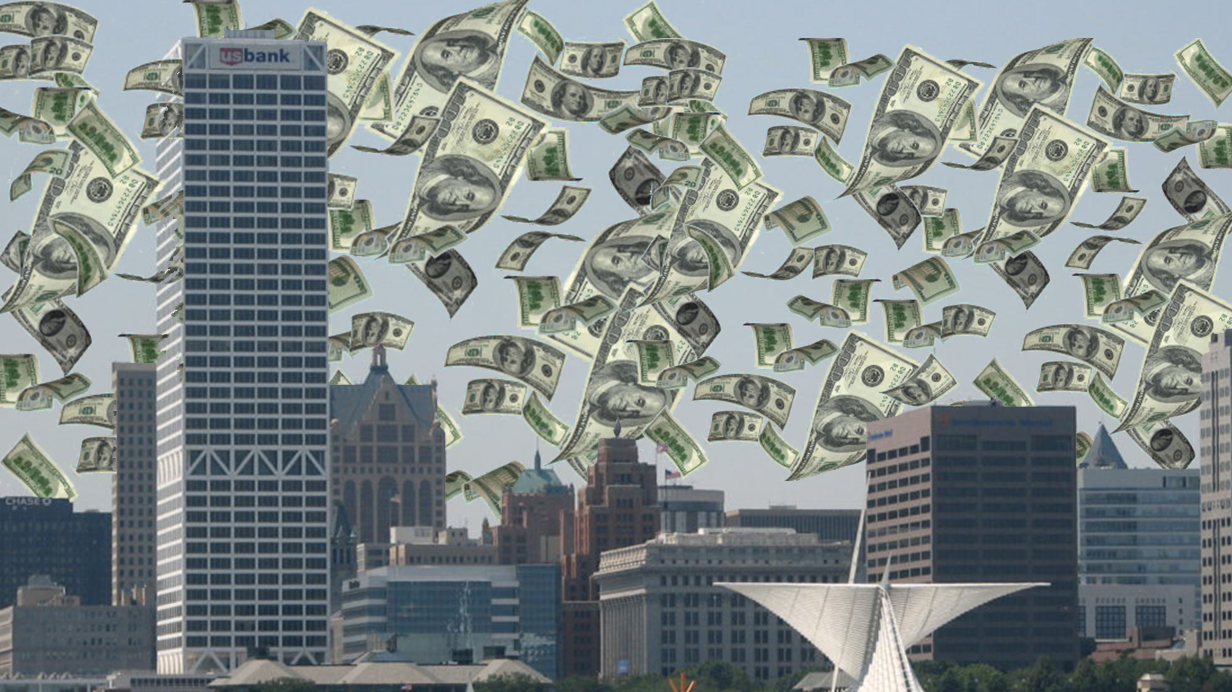 The Milwaukee Common Council wants to test out universal basic income—something Dan O’Donnell argues might be the most destructive welfare program yet devised. #WIright #WIpolitics Click To Tweet

“When the people find that they can vote themselves money,” Benjamin Franklin is believed to have famously predicted, “that will herald the end of the republic.”

The City of Milwaukee seems hellbent on proving him right, giving the go-ahead to research into and development of a plan by Alderwoman Chantia Lewis to redistribute $100,000 from the Milwaukee Police Department budget to 50 poor families in the form of $500 monthly checks.

The pilot program is the city’s first (but likely not last) flirtation with universal basic income—the new darling of the Welfare State that answers Franklin’s timeless warning with, “Screw it, let’s just give ‘em free money.”

“Someone can say this is a handout, I beg to differ,” Alderwoman Lewis told CBS 58 in Milwaukee.  “This is not a handout, but a help up.  This is access to something that would help create financial freedom, relieve some of the stress.”

This sentiment is laughable naivete at best and dangerous stupidity at worst.  A $500 government check every month is the very definition of a “handout,” and it actually stands as a barrier to a “help up” because it disincentivizes work.

Think about it logically: At a $7.25 minimum wage job, one would have to work more than 70 hours (nearly two full weeks) to make the same amount that the government is simply giving away.  Why would someone ever wake up early; drive, walk, or get a ride to a workplace; work eight or more hours at a job they may not particularly like; drive, walk, or get a ride back home; and then go to bed early and do it all again the next day for 35 hours a week when they can simply take a few minutes to cash a check?

The path of least resistance is of course to the mailbox and then a bank or check-cashing service each month, but the harder path to work each day is infinitely more rewarding.  Dedicated productivity can turn a minimum wage job into a shift manager position, which can lead to a supervisory role, which can lead to the middle class and beyond, but aimless dependence on a government check does nothing more than make poverty a little more bearable.

Speaking of poverty, that’s exactly what the City of Milwaukee itself has been pleading for months as it lobbies the Wisconsin Legislature to allow Milwaukee County to triple its sales tax.  The budget that Common Council members amended to include Lewis’ universal basic income proposal cut 60 Milwaukee Police positions.

Milwaukee Mayor Tom Barrett has repeatedly said that the city simply can’t afford to fund its police force unless that sales tax increase is approved.

If the Milwaukee Police budget is really stretched to its absolute breaking point—then why did aldermen approve a proposal to take an additional $100,000 from it to fund Lewis’ redistribution scheme?

“If this does not happen, there will be even more cuts to the Milwaukee Police Department next year, which is something that I am trying to avoid,” he told members of the Intergovernmental Cooperation Council during a meeting last month.

If this is true—if the Milwaukee Police budget is really stretched to its absolute breaking point—then why did aldermen approve a proposal to take an additional $100,000 from it to fund Lewis’ redistribution scheme?

This reveals the most obvious problem with such schemes: They are incredibly expensive.

Extrapolating Lewis’ proposal to the entire City of Milwaukee presents the ultimate problem for universal basic income as a serious government policy.  Her aim is to “start small” by giving 50 poor families $500 per month each for 18 months at a total cost of $450,000.  At an annual cost of $6,000 per household, a total of 230,463 households in the City of Milwaukee, and a poverty rate of 27.4%, it would cost a staggering $373.35 million per year.

The City of Milwaukee’s total 2019 budget is $1.54 billion.  For it to implement a citywide universal basic income for every citizen at the poverty line, it would devote nearly a quarter of its budget to handing out $500 checks.

If Mayor Barrett thinks his budget is stretched now, he should wait until universal basic income really takes hold.  Taxes would necessarily have to be dramatically increased, but doing so would drive businesses and individual taxpayers out of the city.  Just as problematically, with work disincentivized by “free” money, the taxpayer base would further shrink as the path of least resistance grows more and more traveled.

That the start of this path is paved with money earmarked for the already-decimated Milwaukee Police Department is just a slap in the face to taxpayers who have heard for months that their taxes need to be raised or officer positions will be eliminated.